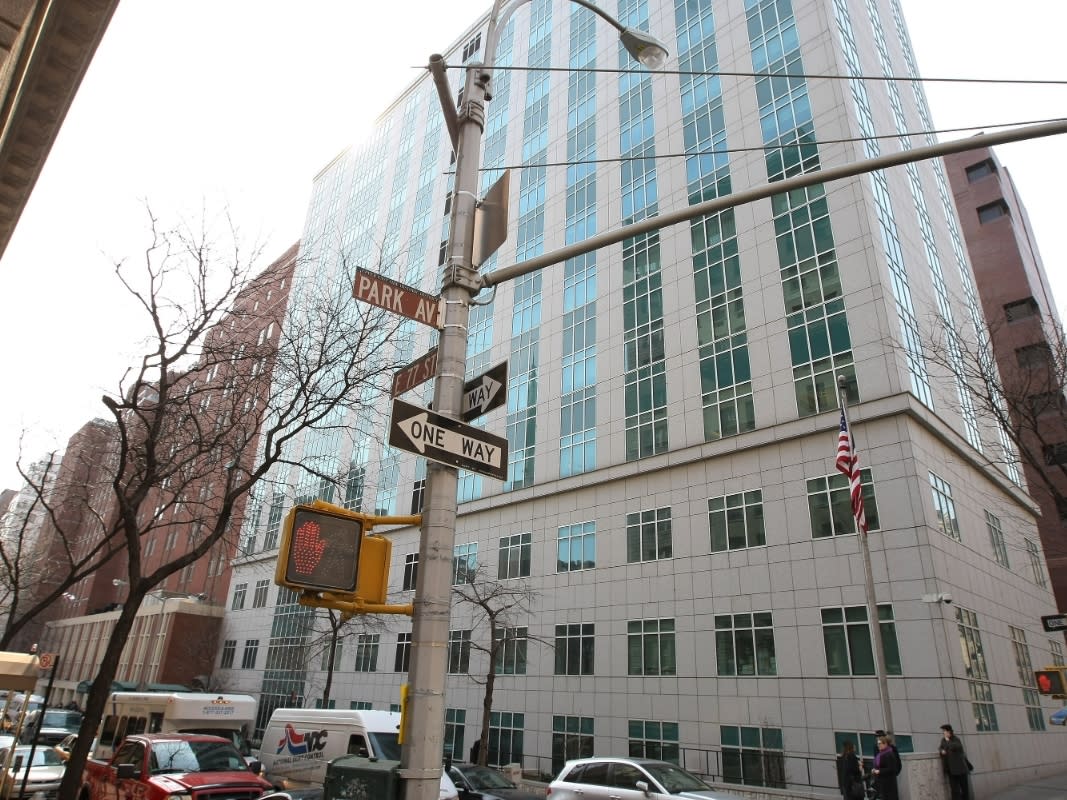 UPPER EAST SIDE, NY — The battle over an ambitious expansion plan by Lenox Hill Hospital is showing signs of coming back to life after going dormant for several months while the hospital responded to the coronavirus pandemic.

In a community meeting last month, Lenox Hill officials revealed changes to the multibillion dollar expansion project, which notably scrapped a controversial, 490-foot-tall residential tower on Park Avenue that would have helped fund the expansion.

The hospital will present a revised plan Tuesday, during a meeting convened by Manhattan Borough President Gale Brewer between local leaders and hospital representatives.

Starting last year, neighbors rose up in fierce opposition to the project by owner Northwell Health, which was also slated to include a 516-foot hospital tower on Lexington Avenue.

Community Board 8 voted overwhelmingly last October to oppose the plan, and a preservation-oriented group called Committee to Protect Our Lenox Hill Neighborhood sprung up to fight the project, citing its “unacceptable” size and the environmental hazards brought on by a decade-long construction project.

This spring, the committee went on an abrupt hiatus, as the group acknowledged the poor optics of fighting a hospital’s expansion while its workers served on the front lines of a global pandemic.

“We want to explicitly thank Northwell Lenox Hill and all of the other New York City hospitals, especially the doctors, nurses and staff for the incredibly brave and selfless work they are doing to protect us all,” a message on the group’s website reads.

Now, the activity has resumed — on Sept. 15, Brewer’s task force between hospital and community leaders held its first meeting in months, where hospital leaders announced the removal of the apartment tower.

Meanwhile, expansion opponents are pursuing a new angle of attack, rolling out statements from health care advocates questioning the project from an equity perspective.

Mark Hannay, director of the advocacy group Metro New York Health Care for All, suggested that Lenox Hill should focus its resources in the outer boroughs, which have been hard-hit by COVID-19, rather than expanding its presence on the hospital-rich Upper East Side.

“If the COVID-19 pandemic crisis has shown anything, it is that access to hospital care across our city is grossly unequal, and beds are much more needed in Lower Manhattan and the outer boroughs,” Hannay said in a statement. “Our public officials need to urge Northwell to rethink their entire plan for Lenox Hill and their larger role across our city.”

Anthony Feliciano, director of the Commission on the Public’s Health System, another community-based health advocacy group, suggested that the expansion was driven by financial concerns, rather than public health.

“This is about profit, not healthcare equity — and it’s an insult to communities in the rest of the city,” Feliciano said.

In a statement, a Northwell Health spokesperson noted that Lenox Hill had treated more than 85,000 COVID-19 patients, including many from outside Manhattan, and argued that the expansion would help the hospital serve under-resourced communities.

“Over the last several months, as our health care heroes took on COVID-19, Northwell’s design team has been hard at work incorporating feedback from the community for the renewal of Lenox Hill Hospital, as well as important lessons learned during the pandemic,” spokesperson Joseph Kemp said.

“Throughout this process, one thing has become clear: COVID-19 confirms the need for a state-of-the-art hospital.”

In the past, Northwell officials have said the expansion would not increase the number of beds at Lenox Hill, but instead create individual rooms for hospital patients.

Hospital officials said that the new complex would account for increased congestion by moving ambulances off 77th Street and into the facility as well creating less obstructive loading docks on East 76th Street.

Brendan Krisel contributed to this report.

This article originally appeared on the Upper East Side Patch