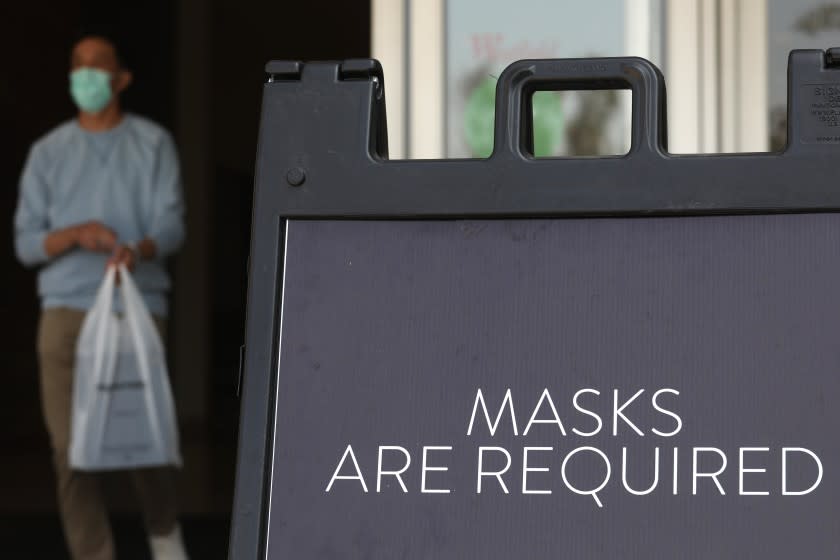 Twenty-eight more people have died from COVID-19 across Los Angeles County and 1,285 new infections have been confirmed, officials said Saturday.

The numbers, reported by the Los Angeles County Department of Public Health, bring the countywide pandemic death toll to 6,768 people, with 281,165 confirmed cases.

In 72% of the new cases, those who tested positive were under 50 years old, the department said.

“Please remember that even young people can have serious illness if infected with this virus and have severe outcomes,” county Public Health Director Barbara Ferrer said in a news release. Ferrer recommend the use of face masks, social distancing, and avoiding non-essential activities.

The department said 93% of the fatalities involve people with underlying health problems. The LA County numbers do not include Pasadena, where the reported deaths are now 129, and Long Beach, where the number is 249.

The department urged bars and restaurants that might be airing sports not to allow customers to congregate around the televisions.

Experts say it is too soon to characterize the increase in cases in Los Angeles County as a surge, of the kind that accompanied rapid business reopenings over the summer. The state is now relying on a tiered reopening strategy, and in L.A. County, where businesses such as breweries and wineries have been allowed to reopen outdoors, the high case count has kept it at Tier 1.

Across the county, some 40,000 new cases of COVID-19 are reported every day. Dr. Anthony Fauci, the U.S. government’s top infectious diseases expert, said last week that the pandemic could get worse in the winter and persist through much of next year. He warned that a vaccine won’t return the country to pre-Covid conditions, but predicted “some degree of normality” in the second half of 2021.