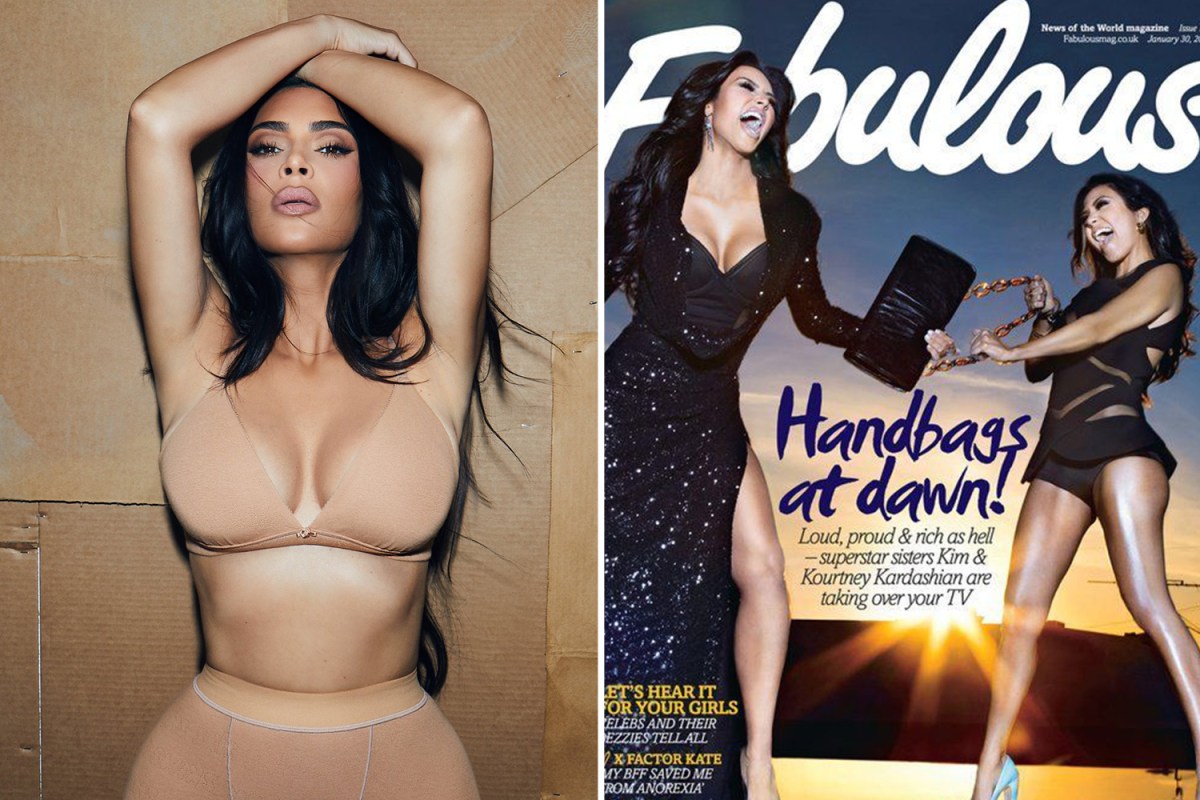 KIM Kardashian has revealed she has a framed cover of her first Sun on Sunday Fabulous magazine shoot hanging on her bathroom wall at home.

The epic cover picture from January 2011, featuring the American socialite and her sister Kourtney fighting over a handbag on a LA hotel rooftop, takes pride of place inside her £46million mansion.

The mother of four told Fabulous: “I loved that shoot. It was so much fun. It’s so cute. I have it on my glamour wall (in bathroom).”

She took part in a second interview and picture shoot for Fabulous in LA in 2013 – on that occasion with Kourtney and other sister Khloe.

Today she features for a third time on the cover of the magazine to celebrate her 40th birthday later this month.

Kim will be getting a lot more mummy time with her children – North, seven, Saint, five, Chicago, two and Psalm, aged 17 months – after the cancellation of her reality show Keeping Up With The Kardashians
The Kardashians.

The show made Kim the pop cultural icon of her generation, following her on the journey to becoming the most famous woman on the planet – with a bank balance estimated to be more than £700million.

“I grew up with so many siblings. I just loved being in a big environment.

“I would have gone through the same pain and back for the result of having my babies. It was all worth it.”

But it’s not all happy families, as the star last month revealed she’s been having sleepless nights and is “deeply disappointed and sad” amid husband Kanye’s mental health struggles.

William ‘dumped Kate during hour-long call when she was at work’, expert says

The pair have recently been forced to shrug off rumours of divorce after pressures on their relationship because of the rappers bipolar disorder and twitter outbursts.

Back in July he tweeted: “Kim tried to bring a doctor, to lock me up with a doctor.

“If I get locked up like Mandela, Ya’ll will know why.”