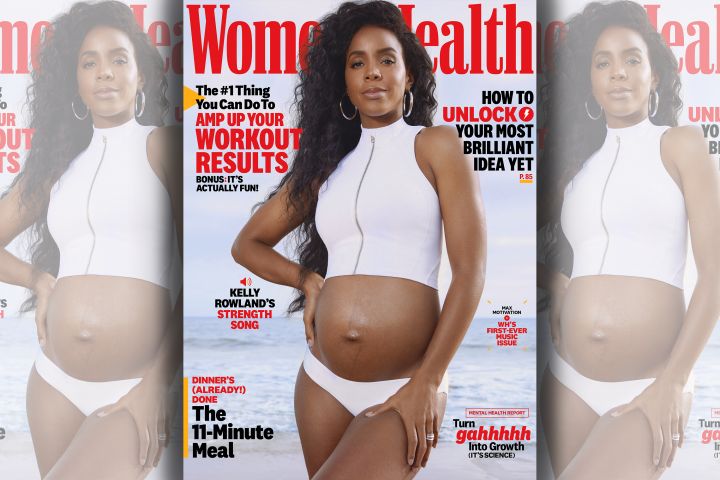 Fans just got a big surprise from Kelly Rowland.

The former Destiny’s Child singer is on the new cover of Women’s Health revealing she’s pregnant with her second child.

“We had been talking about it loosely, and then COVID happened, and we were just like, ‘Let’s see what happens,’” Rowland says of the pregnancy. “I was thinking, Oh my God, my fans are gonna be so disappointed… they wanted an album first, but they got a baby! And I was like, ‘I have to figure this out so they get both.’”

The 39-year-old admits she was hesitant about announcing the news amid all the chaos of 2020.

“You still want to remind people that life is important. And being able to have a child… I’m knocking at 40’s door in February. Taking care of myself means a lot to me,” she says.

Rowland also talks about the diet she’s been keeping, telling the magazine, “I don’t really count calories. Trust me, there are some days when it’s hard to look at seeds and nuts and fruit when everybody’s got french fries and burgers and Roscoe’s chicken and waffles at midnight.”

RELATED: Kelly Rowland Calls Out ‘Cancel Culture’ And Tells Fans To ‘Stop Tryin To Be God’

On the subject of the Black Lives Matter movement, Rowland shares how she grieved for George Floyd and Breonna Taylor.

“I’d just put Titan [her six-year-old son] to bed,” she says. “I got into the shower, and I had this real hard, ugly, deep cry. Because I promised to protect my kid. That was the main thing I was thinking about: protecting this little innocence.”

Finally, Rowland talks about how she’s used her music to reflect on moments in her life, including her recent reunion with her biological father after 30 years.

“I’m learning so much about myself, and the things that I missed. You say, ‘I’m fine, I’m fine’—and yeah, I’m fine—but there are things I would have liked to have experienced from a father,” she says. “I like to touch on everything. I want it to feel very organic, coming from me.”