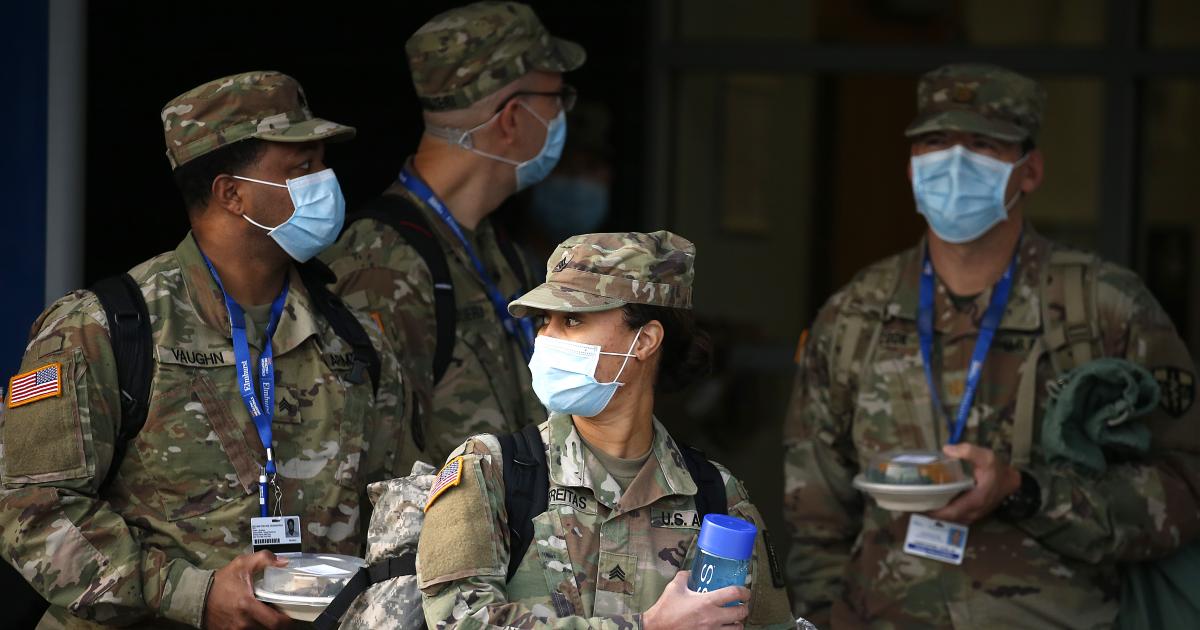 Largely outside public notice, our military’s health care system is undergoing a massive reorganization. When complete, it will result in one of the largest hospital systems in America.

The reorganization aims to integrate formerly disparate systems into one to deliver better health care more efficiently. With pressure on the defense budget expected to mount in the coming years, the drive for more efficient military medical delivery could not come at a more opportune time.

But the process is proving challenging. This became obvious in mid-August with the disclosure of an extraordinary memorandum in which the leaders of all five military branches asked Defense Secretary Mark Esper to halt the integration in mid-step. The chiefs argued that the experience of COVID-19 had shown the transition to be ill-considered.

Prior to this reorganization, the Defense Department (DoD) operated essentially four separate healthcare systems: Army, Navy, Air Force, and a small joint system that oversaw the National Capitol region’s hospitals. These systems, consisting of 475 hospitals and clinics, functioned largely independent of each other with their own protocols, logistics chains, personnel systems, and finances. They certainly cooperated with each other for patient medical care, but that was the extent of their interaction between services. For example, you would never find an Army doctor serving at a Navy hospital or vice versa.

By way of personal example, I once went to the Air Force dental clinic in the Pentagon for a cleaning and was told I needed a set of X-rays. “But I just got X-rays last month at the Army Pentagon dental clinic,” I objected. “Sorry,” the Air Force technician responded, “we can’t read Army X-rays on our system.”

In civilian America, hospital systems have been consolidating for decades. It first took off in the 1990s as a result of managed care. The trend later slowed, only to regain speed around 2010. 2017 set a record for consolidations, with 115 announced hospital mergers and acquisitions.

Hospital system consolidation has yielded many benefits through economies of scale, reduced redundancies, and greater standardization of care—estimates of savings range between 15 to 30% in costs.

Over the years, multiple commissions had tried and come up short to wring similar improvements from the military medical systems. Finally, in 2016, Congress lost patience with the slow pace of medical reform within the Defense Department. The 2017 National Defense Authorization Act directed the Pentagon to consolidate its four medical systems into one run by the Defense Health Agency (DHA).

This is no small job. The military health care system takes care of an estimated 9.4 million beneficiaries at the cost of about $50 billion a year.

The services resisted the reorganization for a bit. Their initial implementation plan would have retained service medical headquarters and had them report to the DHA, essentially neutering the plan. But Congress was having none of it. In June 2018, the DoD submitted a revised plan which called for all U.S. military medical treatment facilities to be transferred to DHA by October 1, 2020, and overseas facilities by October 2021.

The task to integrate has been daunting, but to its credit, the department is making it happen. Such consolidation’s potential advantages are obvious: medical professionals can be managed with greater geographic opportunities for assignments; greater buying power will allow the Pentagon to compete with even the largest hospital systems for medical supplies; existing service headquarters can be downsized and workloads better rationalized.

Moreover, there is potential for additional consolidation that can deliver even more benefits. The 2017 authorization act omitted the functions of dental care, occupational health, and animal medicine. These should be considered for future consolidation.

Which brings us to today. In their memorandum asking Esper to put the transition on hold, the three service secretaries argue the growth of DHA is “unsustainable” and that the new organization “hinders coordination of Service medical responses to contingency operations, such as a pandemic.” They ask the secretary to “take no further actions” to restart the transitions of Medical Treatment Facilities to DHA and, instead, impose a “blanket suspension of all transition activities.”

Certainly, these leaders’ concerns should be treated seriously. If warranted, modifications to the implementation plan, including short delays, made in consultation with Congress. For instance, lawmakers might decide they need to create governing bodies and multiple channels of communication to ensure that DHA remains completely responsive to the services. To drive home the need for DHA to stay linked with the services, they might determine it’s appropriate to stipulate that the DHA director must be a former service surgeon general.

But the time has long passed when our nation can afford four separate and distinct medical systems to take care of our men and women in uniform. There is no reason why a single well-managed system cannot handle the health care needs of the military. The health care needs of an Army soldier, a Navy sailor, or an Air Force airman are remarkably similar. While admittedly different from the military in many respects, the civilian sector has amply demonstrated that consolidation and integration of disparate medical systems can produce vastly more efficient outcomes.

The American people want our service members to have top-quality possible medical care and have consistently demonstrated their willingness to appropriately fund the military.  Now, in turn, the military must demonstrate its ability to make the tough changes necessary to make the Armed Forces as efficient as possible.