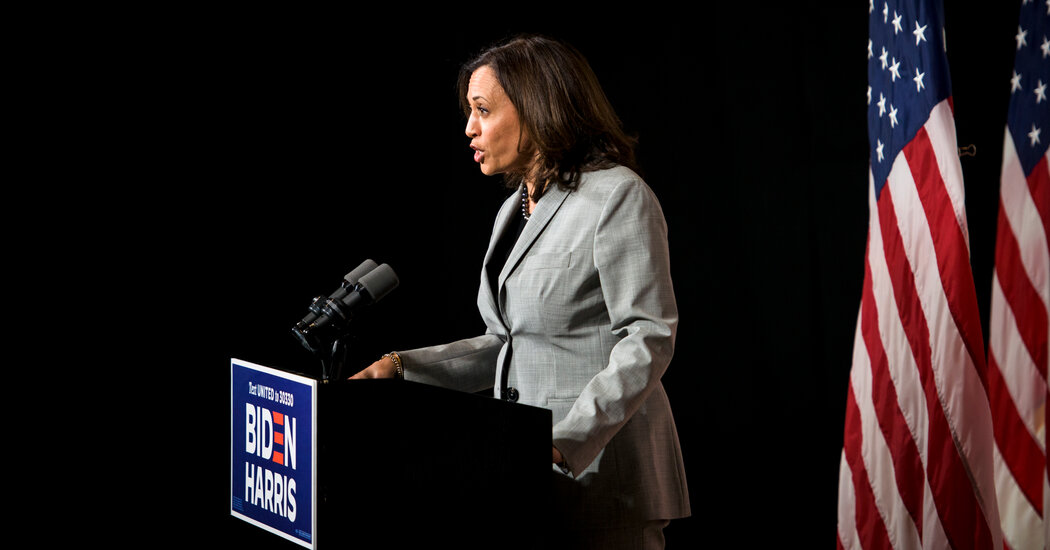 Senator Kamala Harris warned on Monday of far-reaching consequences to American society if Judge Amy Coney Barrett is confirmed to the Supreme Court, saying that the health coverage and abortion rights were in peril.

In a speech in Raleigh, N.C., Ms. Harris amplified an argument that Joseph R. Biden Jr. has been making in the aftermath of Justice Ruth Bader Ginsburg’s death, putting a focus on the fate of health care for millions of Americans.

“This relentless obsession with overturning the Affordable Care Act is driven entirely by a blind rage toward President Obama,” Ms. Harris, the Democratic vice-presidential nominee, said. “And it’s happening at a moment when our country is suffering through the ravages of a pandemic that has claimed more than 200,000 lives in our country.”

The Supreme Court is scheduled to hear arguments a week after Election Day in a case challenging the Affordable Care Act, and the Trump administration is asking the court to strike down the law.

Ms. Harris also spoke of other issues at stake as President Trump tries to fill Justice Ginsburg’s seat, such as abortion rights and voting rights. The president, his party and Judge Barrett “have made clear that they want to overturn Roe v. Wade and restrict reproductive rights and freedoms,” Ms. Harris said.

“Judge Barrett has a long record of opposing abortion and reproductive rights,” she continued. “There is no other issue that so disrespects and dishonors the work of Justice Ginsburg’s life than undoing the seminal decision in the court’s history that made it clear a woman has a right to make decisions about her own body.”

Ms. Harris is a member of the Senate Judiciary Committee, which will hold confirmation hearings for Judge Barrett. Ms. Harris has drawn notice in the past for her tough questioning during Senate hearings, and her spot on the committee will place her at center stage in the confirmation process shortly before Election Day.

Mr. Biden has urged the Senate to refrain from confirming a replacement for Justice Ginsburg before the election, noting that voting is already underway.

Ms. Harris echoed that argument on Monday and offered a message for voters.

“Let’s vote for health care,” she said. “Vote for the Affordable Care Act. Vote as if your life, your choice, depends on it, because it does. Make it clear to President Trump and to every Republican senator that if they’re determined to get rid of your health care, you’ll be just as determined to vote them out of office.”