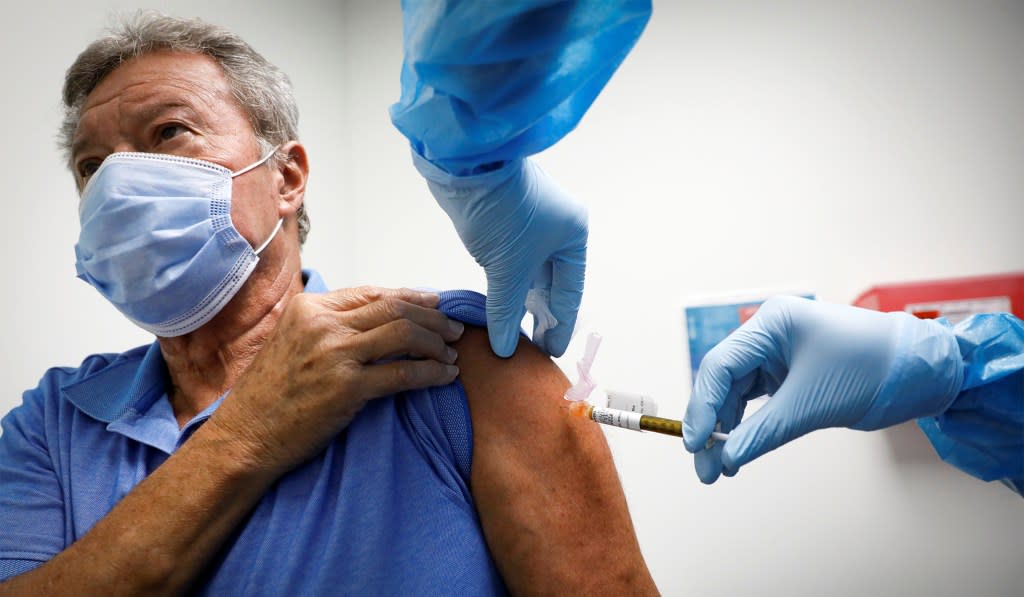 Johnson & Johnson has paused its late stage clinical trials for a COVID-19 vaccine because of an “unexplained” illness in one of the participants, the company said Monday.

It said in a news release that the trial was paused while the study’s independent Data Safety Monitoring Board conducted a review and evaluation of the participant’s condition.

“Adverse events — illnesses, accidents, etc. — even those that are serious, are an expected part of any clinical study, especially large studies.”

The company noted the “significant distinction” between a study pause and a regulatory hold, explaining that a pause is not unexpected in vaccine trials.

“A study pause, in which recruitment or dosing is paused by the study sponsor, is a standard component of a clinical trial protocol,” the statement said.

Johnson & Johnson’s coronavirus vaccine became the fourth to begin Phase 3 trials in the United States last month and becomes the second to be paused in the U.S. after AstraZeneca’s vaccine trial was put on hold last month after a volunteer in Britain developed a neurological complication.

AstraZeneca’s trial has resumed in Britain, but is still paused in the United States as the U.S. Food and Drug Administration carries out an investigation.

Johnson & Johnson did not reveal the specifics of the unexplained illness but will be conducting a review to see if it is related to the vaccine.

“Serious adverse events are not uncommon in clinical trials, and the number of serious adverse events can reasonably be expected to increase in trials involving large numbers of participants. Further, as many trials are placebo-controlled, it is not always immediately apparent whether a participant received a study treatment or a placebo.”

When the trial’s move to Phase 3 was announced last month, the National Institutes of Health said it would involve up to 60,000 participants.

The company’s vaccine is one of six being tested in the U.S. in the race to find an effective vaccine to ease the pandemic that has killed more than 215,000 Americans.

Johnson & Johnson’s vaccine requires only one dose of vaccine, so federal officials have expressed hope that testing can be carried out faster than studies of other vaccines which will require two doses, such as those made by Moderna and Pfizer, CNN reported.