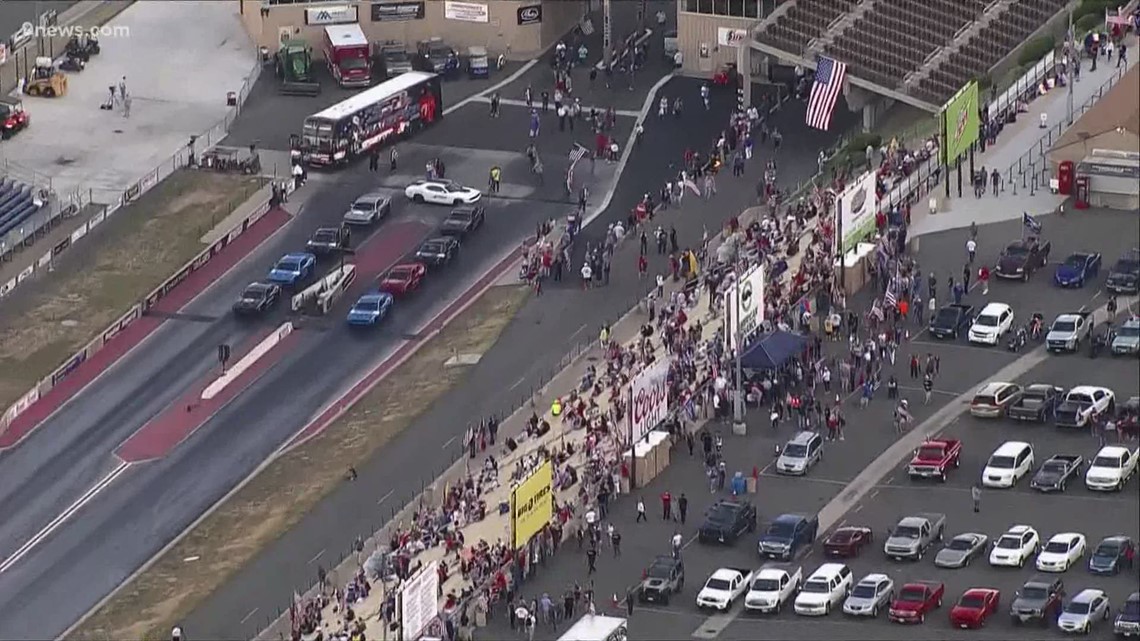 The rally was held in protest of health orders issued by Colorado Gov. Jared Polis (D) during the coronavirus pandemic.

The department filed the lawsuit Thursday, two days after a crowd gathered at the racetrack in protest of Colorado Gov. Jared Polis’ health orders issued during the COVID-19 pandemic. An event invitation described it as a chance to “celebrate God and country and the people of the great State of Colorado.”

Supporters in attendance chose not to wear masks. Despite the event being held outside, Jefferson County requires masks outdoors when proper social distancing cannot be maintained.

While public health officials knew about the plans ahead of Tuesday evening, they did not take preemptive measures to stop the rally because of free speech rights.

“After Bandimere refused to comply with both county and state public health orders, JCPH decided it had no choice but to take legal action against Bandimere to protect the safety for all county residents and encourage behaviors that limit the spread of COVID-19 in our community,” their news release said.

This was the second large event hosted by the speedway since the implementation of health rules in mid-March. Thousands of people attended a Fourth of July celebration, as well.

SUGGESTED VIDEO: Full Episodes of Next with Kyle Clark