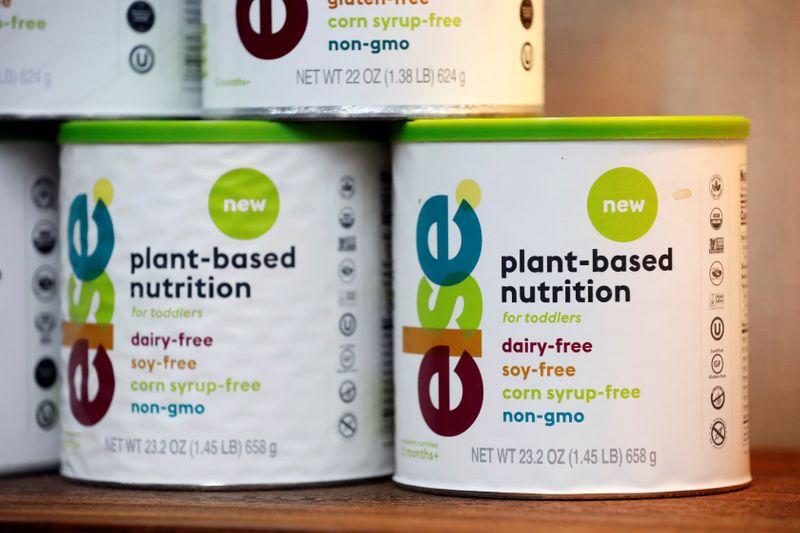 TEL AVIV (Reuters) – Israel’s Else Nutrition BABY.V, which has developed a plant-based infant formula not made from soy, plans to complete a C$25.7 million ($19.3 million) private placement of its shares this week, its chief executive said.

Shareholder H&H International Holding 1112.HK of Hong Kong has bought 11.6% of the shares offered, while Canaccord Genuity CF.TO has taken the rest to sell to investors, Else CEO Hamutal Yitzhak told Reuters.

Else’s formula, made from almonds, buckwheat and tapioca, is organic, vegan and gluten free. Many babies allergic to cow’s milk are also allergic to soy-based formula, Yitzhak said.

“Currently cow’s milk accounts for more than 90% of the market and soy protein for less than 10%,” she said.

Else is seeking a place in the global baby formula market, which is expected to reach nearly $100 billion in 2024 from about $80 billion in 2020, she added.

A month ago Else launched a product online aimed at toddlers in the United States, where it plans this month to start selling its formula through KeHE Distributors, a supplier of chains such as Target and Walmart, and through other distributors.

Else, which is also developing nutrition for adults, will distribute through H&H in China and in Europe, starting in France.

The company need only comply with U.S. Food and Drug Administration regulations to market its product for toddlers, but must complete a clinical trial to sell formula for infants under 12 months.

“We are working on an FDA pathway, which will take us about two years,” Yitzhak said.