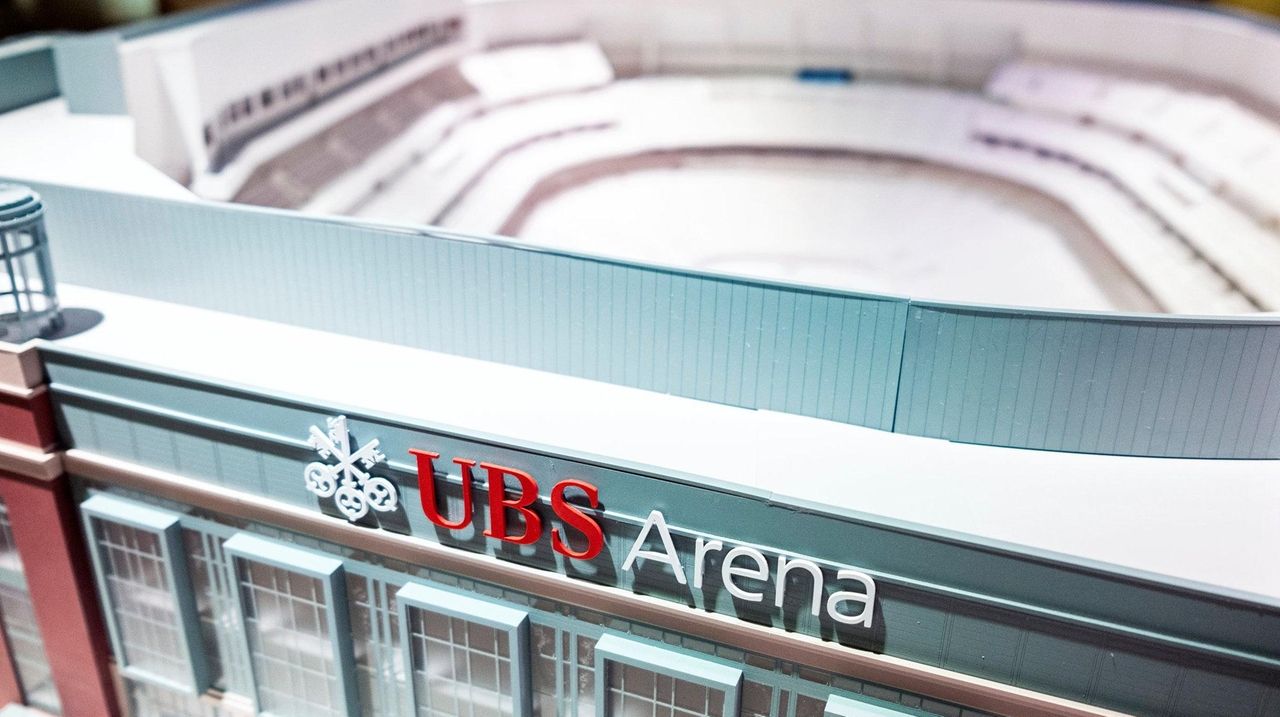 The Islanders and Northwell Health announced a 10-year sponsorship deal for the new UBS Arena at Belmont Park on Tuesday morning.

“It’s an opportunity for two great organizations to come together to do things collectively for the benefit of the community at large,” said Northwell Health CEO and president Michael Dowling, whose company employs 25,000 on Long Island. “We’ve had a 20-year relationship with the Islanders and I think the future looks unbelievably bright for Long Island because of what we can do together.”

Leiweke added that specifics of the UBS Arena safety precautions will be discussed on a Newsday-sponsored webinar (registration available here). He, Ledecky and Dowling, along with Dr. Bruce Farber, an infectious disease expert who works with Northwell Health and the NHL, will be part of the panel.

“They’ve spent a lot of time thinking about filtration,” Leiweke said. “They take that and help teach us what we can do. We think we’ve got small spaces down at UBS Arena. We’ve come up with some good filtration, air circulation, clean-air pumping into the system. It’s easier to do with 5,000-, 10,000-square feet. We’re working on the bowl. That’s the big issue here and we’re spending a lot of time thinking about it.”

UBS Arena, which will seat 17,113 for hockey, is scheduled to open in the 2021-22 NHL season. Leiweke said he expects construction of the roof to be completed by “the end of the calendar year.”

He added the arena already has “40 dates on hold,” for concerts and live entertainment in the fourth quarter of 2021.

“October, November, December, we’re going to be somewhere in that ballpark,” Leiweke said.

Of course, to what percentage of capacity UBS Arena can be filled at the beginning remains in question with the pandemic still in full force roughly a year before opening. The NHL completed its postseason in sequestered bubbles in Toronto and Edmonton without fans in the stands and there’s no date for the start of next season, nor any word on when fans will be allowed back in the arenas.

“I think one of the big tests is going to be the World Series,” Ledecky said. “The fact that they feel they can have 11,500 people in Arlington [Texas] for the National League Championship Series and the World Series will be a great test run. I’m going to be watching that very carefully to see how that goes. That is really necessary to get people thinking about going to live sports events again.”

Andrew Gross joined Newsday in 2018 to cover the Islanders. He began reporting on the NHL in 2003 and has previously covered the Rangers and Devils. Other assignments have included the Jets, St. John’s and MLB.