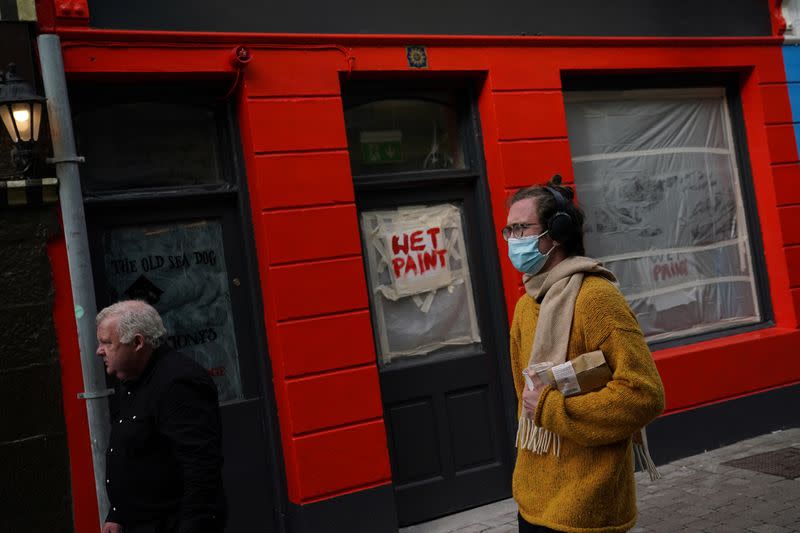 DUBLIN (Reuters) – Ireland on Saturday reported 1,012 new cases of COVID-19, the highest number in a day since the start of the pandemic and almost double the average for the past week.

The surge, after a week in which regions of neighbouring Northern Ireland reported some of the highest infection rates in Europe, is likely to increase pressure on the government to impose additional restrictions.

Chief Medical Officer Tony Holohan said in a statement that he was “very worried about the numbers we are seeing and how quickly they are deteriorating.”

But it rejected a recommendation from public health officials on the National Public Health Emergency Team to impose a much stricter lockdown.

Ireland reported more cases on April 15, but 411 of the 1,068 cases reported that day had been confirmed earlier by German laboratories and were belatedly added to the total.