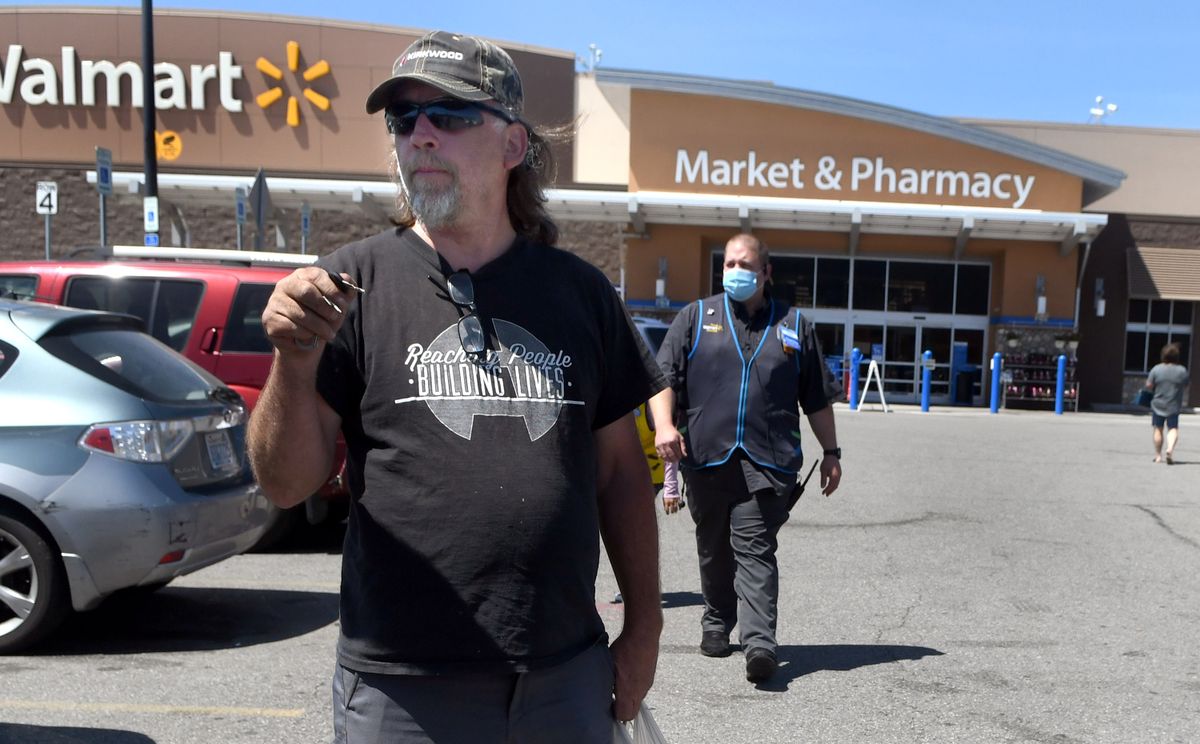 Eleven Idaho lawmakers have called on the Panhandle Health District to rescind its mask mandate in Kootenai County, saying the order is “highly upsetting to many of the citizens we represent” and arguing that it violates individual liberties.

“Idahoans value their freedom to make decisions for themselves,” the legislators said Tuesday in a letter to health district board members. “Treating adults like children results in defiance of the orders and diminishes the credibility of the health board in future concerns.”

Absent from the list of signatures was Rep. Heather Scott, R-Blanchard, another critic of mask mandates who has compared pandemic-related business restrictions to Nazi Germany.

The health district’s order, which took effect in July, requires people to wear face coverings in public areas, including schools, businesses and means of public transportation, whenever 6-foot social distancing isn’t possible. The order has some exceptions and is similar to mask requirements in effect in communities across the country, some of which have been challenged and upheld in courts.

Despite mixed messages from government officials early in the pandemic, the overwhelming consensus among scientists is that masks made of fine cloth are effective at capturing droplets that might contain the virus as they are emitted from the mouth or nose. Masks also help reduce the risk of infection to those who wear them.

“Cloth face coverings are one of the most powerful weapons we have to slow and stop the spread of the virus – particularly when used universally within a community setting,” Dr. Robert Redfield, director of the U.S. Centers for Disease Control and Prevention, said in a statement in July. “All Americans have a responsibility to protect themselves, their families and their communities.”

In Idaho and elsewhere, mask mandates have been met with derision and defiance by some who consider the measures unconstitutional government overreach.

Violations of the Panhandle Health District’s order are considered misdemeanors, but district spokeswoman Katherine Hoyer said she was unaware of anyone in Kootenai County being charged for noncompliance. The district has not collected data on compliance with the order, she said.

The lawmakers also questioned why the mandate applies only to Kootenai County, which has been at the same COVID-19 “risk level” as neighboring Benewah, Bonner, Boundary and Shoshone counties, according to a data “dashboard” on the health district’s website.

The lawmakers demanded the health board convene next week and “change the mask mandate to a mask recommendation.”

“We believe it is better to educate, not mandate,” the letter states.

“I think if that other individual is aware that they’re high-risk, they should be able to take their own precautions and maybe stay home,” Dixon said.

The health board is scheduled to meet on Oct. 22. Hoyer said the board had not called a special meeting in response to lawmakers’ demand.