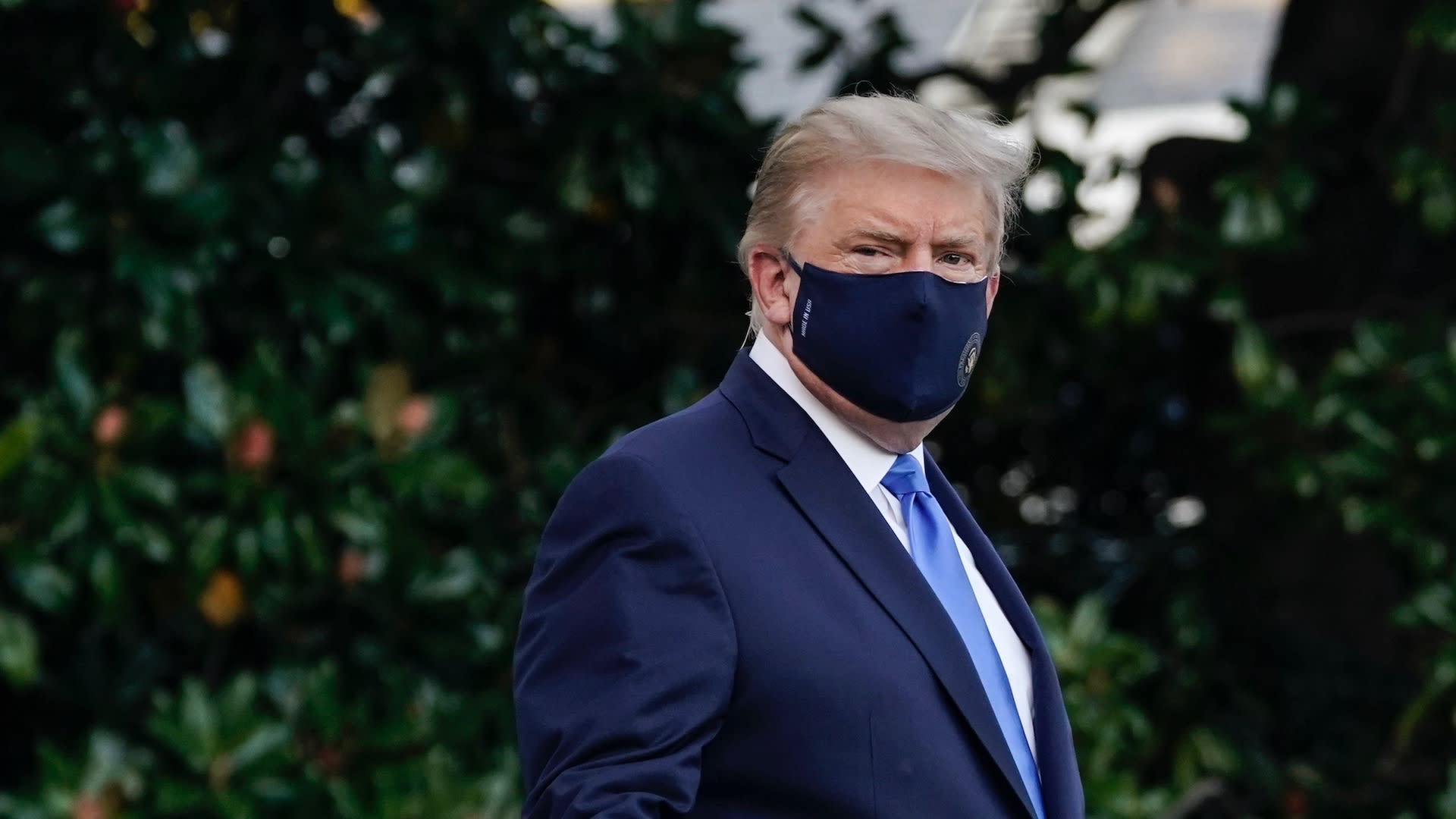 A day after announcing he had tested positive for the coronavirus, Donald Trump took to Twitter to provide a quick update on his condition.

“I want to thank everybody for the tremendous support. I’m going to Walter Reed Hospital,” he said in the pre-recorded video. “I think I’m doing very well but we’re going to make sure that things work out. The first lady is doing very well. So thank you very much. I appreciate it. I will never forget it. Thank you.”

The video comes less than 24 hours after Trump confirmed he and First Lady Melania Trump tested positive for the virus. White House press secretary Kayleigh McEnany told reporters Friday that the president was “in good spirits” and was experiencing “mild symptoms.” Melania will reportedly be at the White House resting as Trump spends several days at Walter Reed.

“[Trump has] been working throughout the day,” she said in a statement. “Out of an abundance of caution, and at the recommendation of his physician and medical experts, the President will be working from the presidential offices at Walter Reed for the next few days. President Trump appreciates the outpouring of support for both he and the First Lady.”

Though McEnany would not provide details on Trump’s condition, sources told the New York Times the president had a low-grade fever, nasal congestion, and a cough, among other symptoms. There is also concern that Trump’s age (74) and weight puts him at greater risk of developing a severe case of the virus.

He was reportedly administered an antibody cocktail in addition to supplements like vitamin D, zinc, melatonin, and daily aspirin.

Sign up for the Complex Newsletter for breaking news, events, and unique stories.