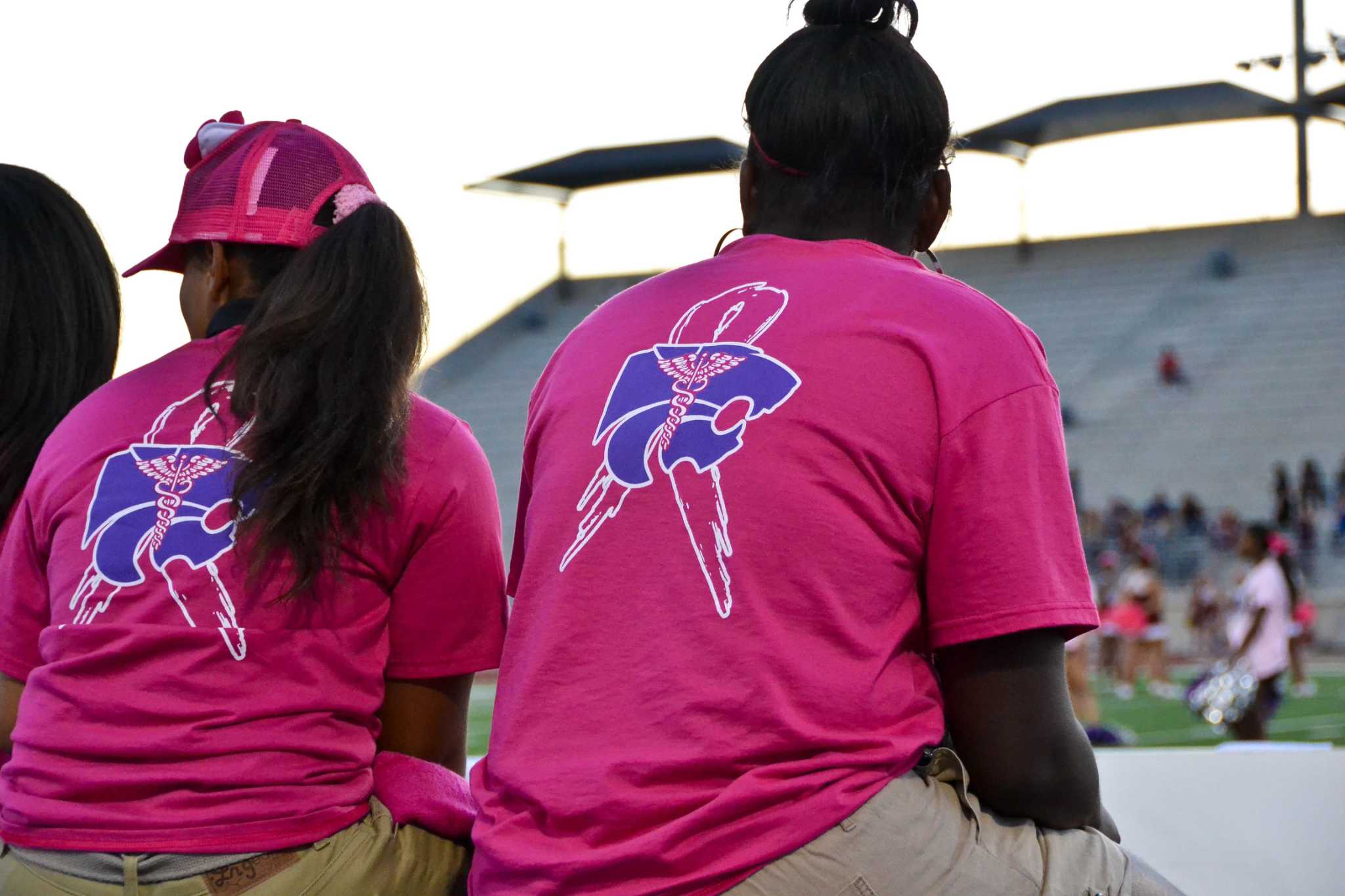 With breast cancer awareness month beginning in October, the Humble ISD athletics department will do their part in the fight to bring awareness to the battle against the deadly disease.

Across the district, several sports will hold special games dedicated to cancer survivors, people fighting cancer and the people that have been lost.

Volleyball teams throughout the month of October will have matches raising money and awareness for breast cancer. Humble ISD has donated all proceeds in the past to the American Cancer Society.

Kingwood Park’s famous Dig Pink at the Park game will be back to raise money for breast cancer on Oct. 20 against Porter at 6:30 p.m.

Schools will hold raffles during volleyball matches to raises money and schools will also make T-shirts as well to donate to charities.

During volleyball matches players will wear pink on their uniforms from hair ties, to knee pads, and even bracelets while the whole crowd is covered with pink.

People are asked to stand and be recognized during the match for those who are cancer survivors and are give standing ovations by the crowd.

The district will also celebrate breast cancer awareness at Turner Stadium during the football season as well in October.

The District 21-6A contest between North Shore and Humble at 7 p.m. Oct. 29 has been named the Breast Cancer Awareness game of the season.

Texas Sports Nation: Get the newsletter for real sports fans sent directly to your inbox

Football players will wear pink on their uniforms whether it’s a towel, gloves, or socks. Cancer survivors, people fighting cancer and the lives that have been lost to cancer will be recognized along with fans in the stands.

Players will wear pink throughout the month of October to honor and bring awareness to breasts cancer during football games at Turner Stadium.