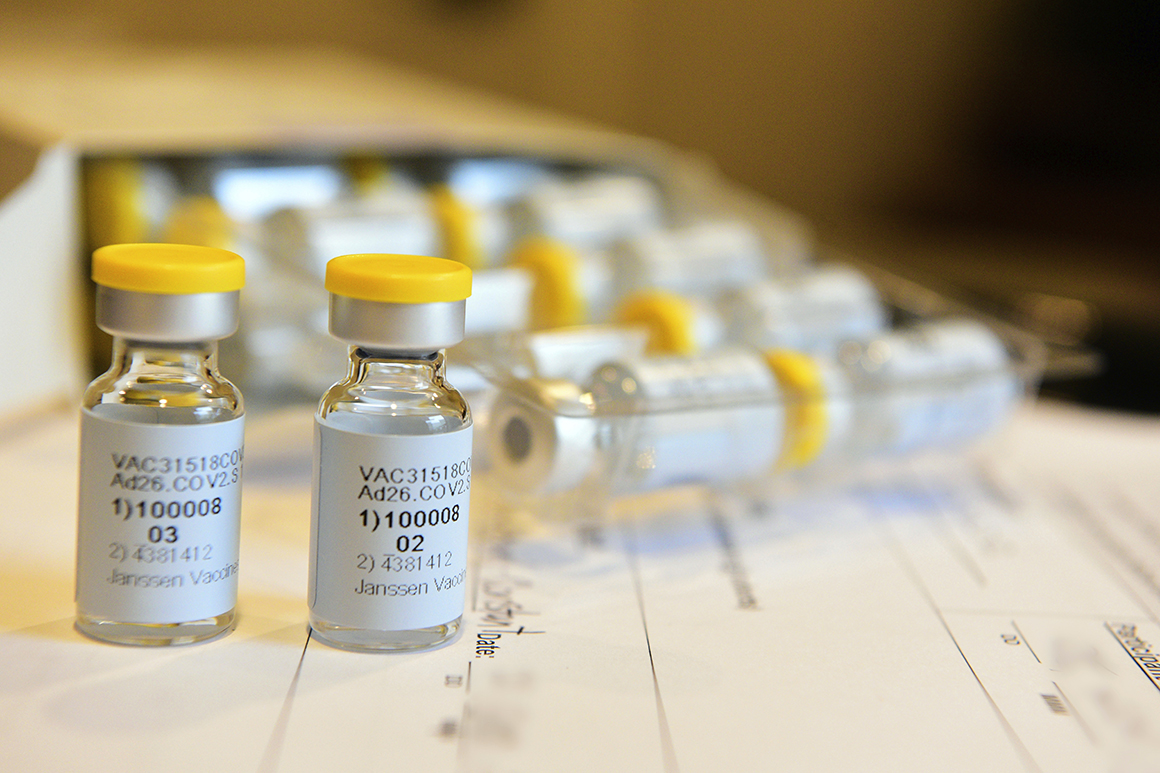 Now, even as Trump’s top health advisers scramble to erect new safeguards, those involved in the process say they fear the damage is already done: Trump’s constant drumbeat for a vaccine by Nov. 3 has drowned out months of careful scientific work, reducing perhaps the most ambitious vaccine hunt in history to yet another presidential litmus test.

“It would help if Donald Trump stopped talking,” said Paul Offit, director of the Vaccine Education Center at Children’s Hospital of Philadelphia and a member of the outside panel FDA has pledged to consult before authorizing a vaccine. “Every time he opens his mouth, most reasonable people feel they’re being sold something.”

White House spokesperson Judd Deere did not answer specific questions about the vaccine development process, but insisted that a vaccine would “only win approval under the FDA’s gold standard, not because of politics.”

An HHS spokesperson also pointed to the FDA as in charge of making an “independent determination on the safety and efficacy of a vaccine.”

The political firestorm over the vaccine push represents a fraught final act for a mission that most public health officials consider praiseworthy in its goals. Established early in the pandemic, the Trump administration devoted a wide array of resources to what would eventually become Operation Warp Speed.

The project came with an ambitious end game that appealed instantly to Trump’s instincts for flashy salesmanship – promising a vaccine that could not only end a global health crisis, but do it in record time.

Yet at its core, it carried lessons learned from prior epidemics. In the face of outbreaks like 2009’s H1N1 flu, drug makers hesitated to devote time and money to developing a vaccine for a disease that might end up receding well before any shots were ready.

This time around, Trump administration officials sought to eliminate that consideration altogether. The federal government poured billions of taxpayer dollars into supporting companies’ efforts, scaling up manufacturing and buying millions of doses well before it’s clear a vaccine will prove viable.

The effort marshaled personnel from across the federal government and elevated career civil servants to key leadership positions. For the White House, it became the crown jewel of its otherwise troubled Covid-19 response.

To Democrats and the administration’s critics in the public health community, it served as a clear example of the all-out approach the government should have taken in combating the pandemic across the board.

“Operation Warp speed will go down as one of the most far-reaching and redefining public health actions of recent time,” Michael Osterholm, director of University of Minnesota’s Center for Infectious Disease Research and Policy, said of the federal response. “The rest speaks for itself.”

To date, the federal government has spent more than $10 billion in pursuit of a working Covid-19 vaccine. Four candidates are now in final-stage clinical trials – a speed record – with several others close behind.

Yet Trump’s fixation on declaring victory just ahead of Election Day – and the resulting pressure across the administration to deliver – has often eclipsed that admirable scientific progress.

In just the past month, the White House pushed hard for emergency authorization of convalescent plasma as a Covid-19 treatment, and FDA officials complied, with Hahn going so far as to exaggerate the extent of the impact.

The late August spectacle, which prompted Hahn to apologize, did widespread damage to the agency’s image in what was viewed by many as a trial run for its ability to manage the competing pressures of a vaccine authorization, current and former officials said.

Trump more recently sparked days of confusion after contradicting Centers for Disease Control Director Robert Redfield over how fast the government could distribute an eventual vaccine. Redfield and other top health officials predict it will take until at least mid-2021 for a vaccine to be widely available to the general public. But Trump last week insisted that the process would go much faster.

“When he said it, I believe he was confused,” Trump said of Redfield.

Throughout, Trump has publicly pressured the FDA to move more quickly on authorizing a vaccine – asserting that the clinical trials are progressing well even though the data critical to evaluating the vaccines’ performance is shielded even from the pharmaceutical companies themselves while data monitoring boards review the results.

The latest news in health care politics and policy.

“People’s short-term political agendas have incredibly long-lasting potential negative impacts,” a senior HHS official said of the impact on public confidence that a vaccine won’t be rushed. “We need science to be the place of trust.”

That concern has since put Trump on a collision course with his own FDA, which had sought to update its guidelines for an emergency vaccine authorization in an effort to ensure transparency.

The agency spent days telegraphing its plans to release the new standards. But a series of reports earlier in the week that the FDA would take a harder line in evaluating potential vaccines raised alarm bells among some in the administration.

In a conversation with Trump on the issue Wednesday, Azar asserted that Hahn had acted unilaterally in developing the new guidelines, according to a senior administration official and another person briefed on the call.

White House chief of staff Mark Meadows subsequently questioned Hahn over the planned guidance, three people with knowledge of the situation said – a conversation that ended with the fate of those new standards still in the balance.

The White House and FDA declined to comment on the sequence of events, and HHS said only that the guidelines are going through a normal clearance process.

But no matter the merits, the episode now threatens to further damage the FDA if its guidelines are watered down or pulled altogether, public health experts lamented.

It’s an incident emblematic of a months-long vaccine process in which Trump’s bluster and cheery messaging have often overtaken the more mundane work toward a vaccine, Osterholm said. And that’s left many Americans skeptical of what’s to come at the very moment fate of the pandemic rests on sheer public confidence.

“We’ve sown the seeds of distrust in this vaccine,” Osterholm said. “The politicization could give us, in a sense, what it would be like to have a very ineffective vaccine. Because nobody will take it.”

Sarah Owermohle contributed to this report.