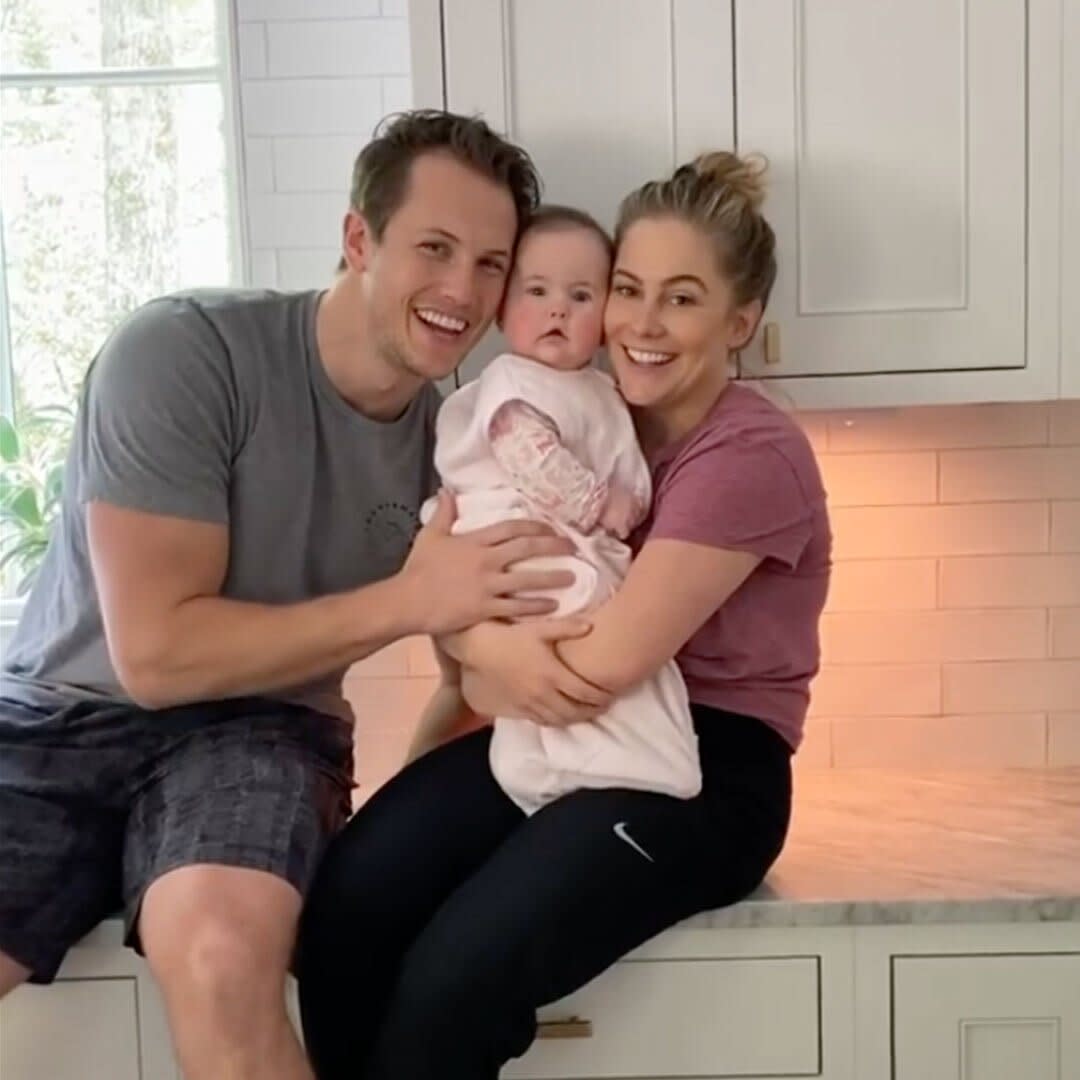 Shawn Johnson and Andrew East are already committed to making sure their 10-month-old daughter, Drew Hazel, has a positive view of herself.

The couple recently opened up to PEOPLE about the small, and adorable, ways in which they reinforce a positive body image for Drew. The effort is especially important for Johnson, 28, who recently told fans about her struggles with eating disorders after competing in the 2008 Olympics as a gymnast.

For East, welcoming his daughter last November helped open his eyes to the burden of a negative body image.

“Now that I have a daughter, I feel like I have a different perspective on it, whereas before, I don’t think I really understood the body image issues as a male as much,” he tells PEOPLE.

“But now it’s something that I’m consciously trying to build in Drew as a positive self-image, because I know that our home is probably the best chance she has at getting positive reinforcement like that.”

Never miss a story — sign up for PEOPLE’s free daily newsletter to stay up-to-date on the best of what PEOPLE has to offer, from juicy celebrity news to compelling human interest stories.

RELATED: Shawn Johnson & Andrew East: How Early Miscarriage Encouraged Them to Be Open About Their Parenting Journey

The NFL player, 29, went on to share that they have “a couple of fun traditions” they do as a family before Drew’s bath time. Often, they’ll stand in front of the mirror so Drew can see herself.

“I’ll say, ‘Oh, wow, look at the perfect baby,’ ” East adds of their bath time routine. “Just trying to do little things like that where she sees herself and relates it with positive things.”

Johnson says that as Drew gets older, they’ll continue to have conversations about body image. The athlete shared her own story, she says, “to tell more and more people that we’re not all perfect.”

“I wish as a kid, I had someone who had gone through that and had coached me through it and shared their journey so I didn’t feel alone,” Johnson says.

RELATED: Shawn Johnson ‘Was Really Scared’ Her Eating Disorder Would Return During Her Pregnancy

The couple have recently partnered with battery brand Duracell to get the word out about their lithium coin batteries, which have a bitter coating on them to discourage babies and small children from accidentally ingesting them.

“We’re new parents, and we have no idea what we’re doing, and we can research and prep and prepare and baby-proof all we want, but we’re still learning new things every single day,” Johnson says of the potential safety hazard. “It was just shocking to see that there was so much more we had to learn and to do to protect our baby.”

“There’s nothing that a baby won’t find that has potential to hurt them,” East adds. “And we’re in the phase now where Drew’s running around and we’re putting up the baby gates and padding the corners and strapping the mirrors to the wall, so we thought Duracell’s new innovation was super important.”