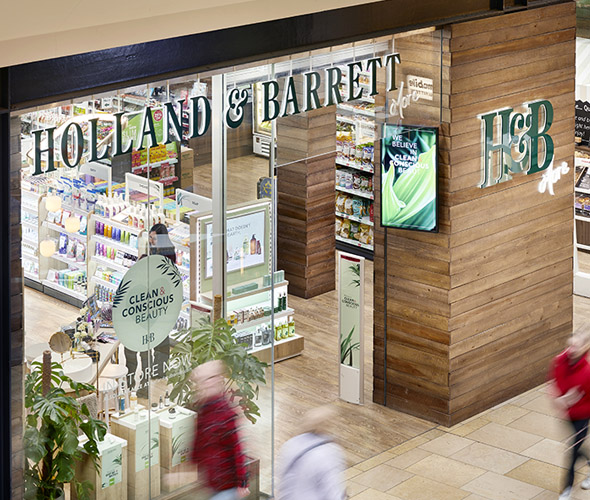 As the UK lurched towards lockdown back in mid-March, it became clear to managers at health foods and dietary supplements retailer Holland & Barrett that the majority of the company’s 700-plus UK stores would need to stay open.

Indeed, the British government told them as much, company executives have claimed. In the government’s eyes, Holland & Barrett was viewed as an “essential retailer”, because it caters to customers with special dietary requirements. These include pregnant women needing folic acid supplements, for example, and people with coeliac disease or allergies to milk or eggs, not to mention ‘at risk’ groups with compromised immune systems needing additional nutritional support.

Instead, those two quite disparate groups of workers were able to join forces in an ‘all hands on deck’ effort to deal with a huge rise in online orders, all while working from home.

Charmaine Vallance-Poole, Head of Customer Experience at Holland & Barrett, takes up the story:

Getting call center staff out of the office and into their own homes was made a lot easier, she says, by the fact that Holland & Barrett’s customer service operations are underpinned by a cloud-based platform from Zendesk. That meant that customer service staff could just log into an already familiar interface from home, via a web browser.

The entire Holland & Barrett customer service team was redeployed from call center to home working in just one day, according to Vallance-Poole.

But that still left the question of where the extra help needed to deal with enquiries would come from – and that’s where around 50 in-store staff from closed shopping-center locations came to the rescue:

Basically, we redeployed that skill set from closed stores into the customer service chain, by getting them up and running on Zendesk in their own homes. That was great for them, in terms of adding to their experience, but also invaluable for us, in terms of having access to extra resources, who also happen to be experts on the products we sell and highly experienced in dealing with customer enquiries. They were a huge help and they were glad to be helping out.

Of course, we had some concerns at first at how they’d find working on Zendesk. In Customer Service, we see it every day, so it’s easy for us. I think my biggest worry was how do we engage them and get them trained very quickly – but they picked it all up incredibly fast. And that meant we could all work together as a united team on tackling the challenge of that big increase in customer contacts, which was a really powerful thing for us.”

On top of this, extra help came from an outsourced customer services supplier, she says, and also the introduction of machine-based intelligence, too. This came in the form of the DigitalGenius Artificial Intelligence (AI) plug-in app for Zendesk, which is designed to understand customer conversations and automate resolutions through the use of deep learning. The company behind DigitalGenius pitches that it ‘puts your customer support on autopilot’. What  Holland & Barrett gained from its deployment and integration with the Zendesk platform was simple, says Vallance-Poole:

It made a lot of sense to us to use automation to deal with some standard questions, such as ‘How can I track my parcel?’, where resolution just means sending a parcel-tracking link. That meant we could devote more time to customers needing what we call ‘the human touch’ – a more complex conversation with one of our trained staff. Because, at the same time as seeing that huge rise in online orders, we were also taking orders over the phone from customers who couldn’t get to stores, because they were shielding, for example, but who don’t shop online, either. So automation with DigitalGenius was what allowed us to get to each customer and help them out as quickly as possible, according to their needs.

These moves didn’t just enable Holland & Barrett to deliver as smooth a customer experience as possible at a very difficult time of disruption, she adds. They also meant that customer service staff felt supported by their employer:

The biggest thing, I think, for my team is that they could see huge numbers of calls and emails coming in and the risk was that they would feel completely swamped. But instead, they saw us bring colleagues on board very quickly to help out. They weren’t left on their own to cope and that was a big morale boost for them. We were able to give them help and support, just like they do for our customers, and we did it very quickly.