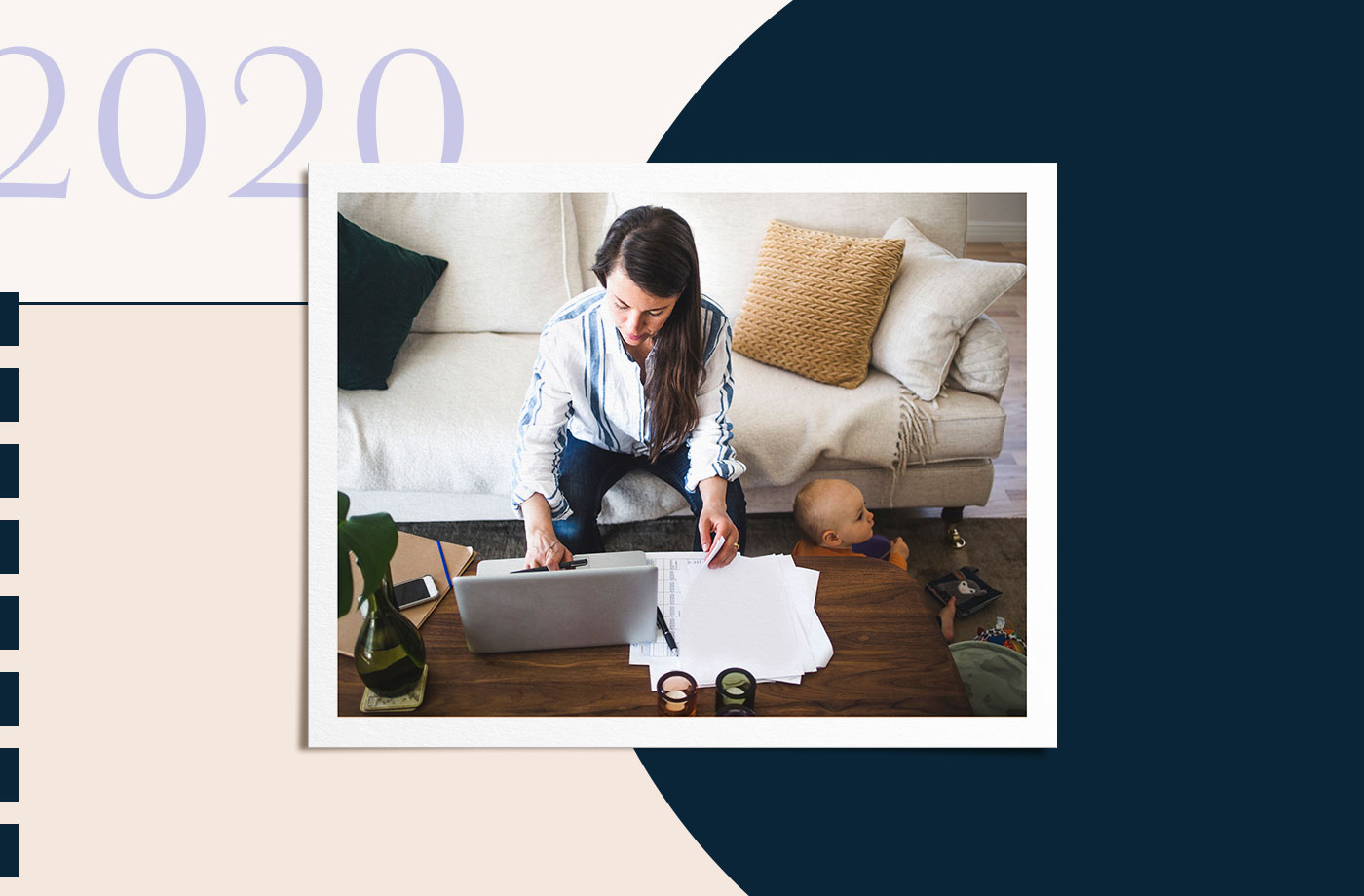 Vote like your life depends on it. For many, this isn’t just a rousing call to action—it’s real life. In this series, people from different jobs, backgrounds, and viewpoints share the impact this election will have on them, and the exact reason they’re voting in 2020. Because politics and wellness can’t be separated, especially this year.

I wasn’t always sure I wanted to be a mom. But I did know that if and when I became one, I wanted three other components of my life to be solid: financial stability, job security, and good health insurance. When I got pregnant with my son just a little over two years ago, such was the case, but in 2020, my family has lost all three. And, as a working mom, the election has me worried about how the next four years may look.

As we enter our seventh month since the first U.S. lockdowns were instituted, it’s hard not to feel discouraged. As of writing this article, over 7 million Americans have been infected with the coronavirus and at least 204,000 have died from it. It’s difficult to imagine how and when things might look normal again, but with a president who is eager to get us back to work, even though the pandemic isn’t contained, I’m afraid for the safety of my family.

In March, I’d only been back at work four months after maternity leave when COVID-19 forced businesses, schools, and day cares in the New York City area where I live to close down. Overnight, my husband and I became not only working parents, but also day care facilitators for our baby who was just learning how to crawl. We struggled to balance full-time parenting with full-time jobs, but we were grateful to have regular paychecks and solid health insurance through my husband’s employer. We both knew that many other families were not so fortunate.

It’s difficult to imagine how and when things might look normal again, but with a president who is eager to get us back to work, even though the pandemic isn’t contained, I’m afraid for the safety of my family.

Then came June, when I lost my job in a large-scale, pandemic-related layoff. A little over two months later, my husband lost his, too. The extended unemployment benefit of $600 per week under the CARES Act expired in July and additional pandemic-relief packages have likewise, in large part, stalled out, leaving us in a perilous financial state. I do have temporary health-care insurance, but it will expire in February, and as the pandemic rages on, I’ve never felt more on shakier ground. My husband is actively looking for work and we need his income to make ends meet, but a new job could mean that he has to commute into the city and return to an office before a vaccine is available. I worry every day about how I am going to keep my family safe, and I fear the election results will only make my situation more precarious.

For years, President Trump promised to make health care more affordable and accessible, but his actions have been more fixated on repealing or dismantling the Affordable Care Act without putting forth any plans for a replacement to better serve Americans. Last year, the administration backed a lawsuit that sought to strike down the entire act, and while Trump recently signed an executive order to keep protections for preexisting health conditions, he has not provided clear details on how he will do this. If he is re-elected in November, I’m afraid he will continue dismantling the Affordable Care Act, severely limiting my options for health care or leaving me, as a working mom, with no options at all.

Before the ACA, insurance companies could charge more on the basis of a person’s sex—a policy that used to cost women $1 billion more than men annually. Without the ACA, preventative services for women—such as cervical cancer screenings and pregnancy check-ins—and for children could stop being covered by health plans at no cost. To block this from happening, the ACA must be protected and strengthened, as Democratic nominee Joe Biden has promised to do if he wins.

If Trump were to win the election, it could make the decision for me about whether I have any other children.

The pandemic lockdowns have been devastating for childcare. In July, 40 percent of childcare centers in the United States said they could be forced to shut down permanently without public assistance. When New York infections declined, my husband and I reluctantly started sending our son back part-time so we could work undistracted. Every day, we’re terrified our baby will come home sick, but we’re also terrified that the day-care center will go out of business, as several in our area have. The only other day care nearby is too expensive for us.

In July, Biden proposed a $775 billion investment into caregiving, which includes, among other things, a bailout for childcare centers, a tax credit for families earning less than $125,000, subsidized childcare, and a national pre-K for kids between the ages of three and four. National pre-kindergarten programs have already had a lot of success in cities across the country, helping lessen inequality and improving mothers’ wages, and such an initiative would be helpful for me, as a working mom.

Biden has made other promises to women, regarding pay parity. It’s unfortunately a well-known fact that in the U.S., for every dollar a man makes, women on average make 82 cents—regardless of education level or occupation. This wage gap is even bigger for women who are BIPOC (Black, Indigenous, and people of color) or Latinx.

The Trump administration (under which women in the White House earn 69 cents for every dollar paid to male staffers) supported the growth of this inequality by trying to roll back an Obama-era rule that requires businesses to report employee salary data by race, gender, and job title to the U.S. Equal Employment Opportunity Commission.  Biden, on the other hand, has pledged to fight for pay parity by expanding on Obama’s legislation and protecting workers against retaliation if they discuss their wages.

He has also promised to guarantee up to 12 weeks of paid leave for all workers, something that many Americans do not have today. Admittedly, Trump did promise six week of paid maternity leave during the 2016 election and he signed the National Defense Authorization Act in 2019 to give federal workers paid parental leave, but paid leave for everyone doesn’t appear to be his top priority. If Trump were to win the election, it could make the decision for me about whether I have any other children.

Things have been tough for my family, but I am far from the only one hurting. This election could have an even bigger impact on the lives of so many people. That’s why we need someone who will try to help everyone, not just a few. With the right president, we can begin to heal.

Oh hi! You look like someone who loves free workouts, discounts for cult-fave wellness brands, and exclusive Well+Good content. Sign up for Well+, our online community of wellness insiders, and unlock your rewards instantly.