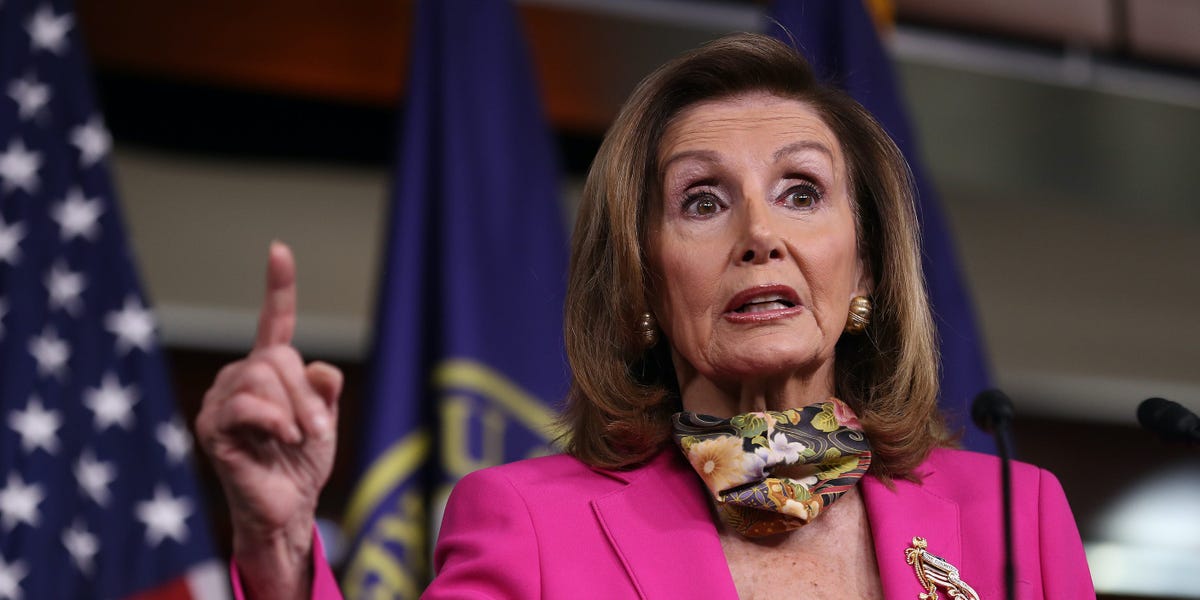 House Democrats unveiled late on Monday a new $2.2 trillion stimulus plan which includes reviving $600 federal unemployment benefits and a second round of stimulus checks for millions of American taxpayers.

The new proposal — still named the Heroes Act — comes after House Democrats passed a $3.4 trillion spending package in May. It initially formed the basis of their coronavirus relief negotiations with Republicans, though they have lowered their demands and now insist on at least $2.2 trillion in new spending.

House Speaker Nancy Pelosi said she aimed to bring Republicans back to the negotiating table with the new proposal.

“Democrats are making good on our promise to compromise with this updated bill, which is necessary to address the immediate health and economic crisis facing America’s working families right now,” she said in a letter to members of her caucus.

Here are several of the package’s provisions:

Many components of the last major economic stimulus law, the CARES Act, expired over the summer, and Congress hasn’t implemented other relief measures since.

Through an executive order in August, Trump implemented a Lost Wages Assistance program that drew $44 billion in disaster relief funding from the Federal Emergency Management Administration to cover a $300 federal supplement to state unemployment benefits.

That federal money is drying up, though FEMA guaranteed six weeks of funding to approved states through Sept. 5, roughly the same date that a new $600 federal benefit could take effect under the new stimulus proposal.

Both chambers of chambers of Congress would need to approve the Democratic plan so it reaches President Donald Trump’s desk for his signature. But that prospect is highly uncertain given Democrats and Republicans are deadlocked on further coronavirus relief measures.

Negotiations in August stalled amid fierce disagreements over the amount of federal spending needed to prop up the economy. Unemployment benefits and state aid are still two areas of major friction between both parties.

A “skinny” $650 billion stimulus package from the GOP was blocked by Democrats earlier this month, who dismissed it as “emaciated” and inadequate to address the twin public health and economic crises.

Many economists have urged Congress to approve another relief package to keep people and businesses afloat through the pandemic and prevent the economy from backsliding. But the prospect of a Supreme Court nomination battle in the coming weeks has drained hopes of a package before Americans cast their ballots in November.