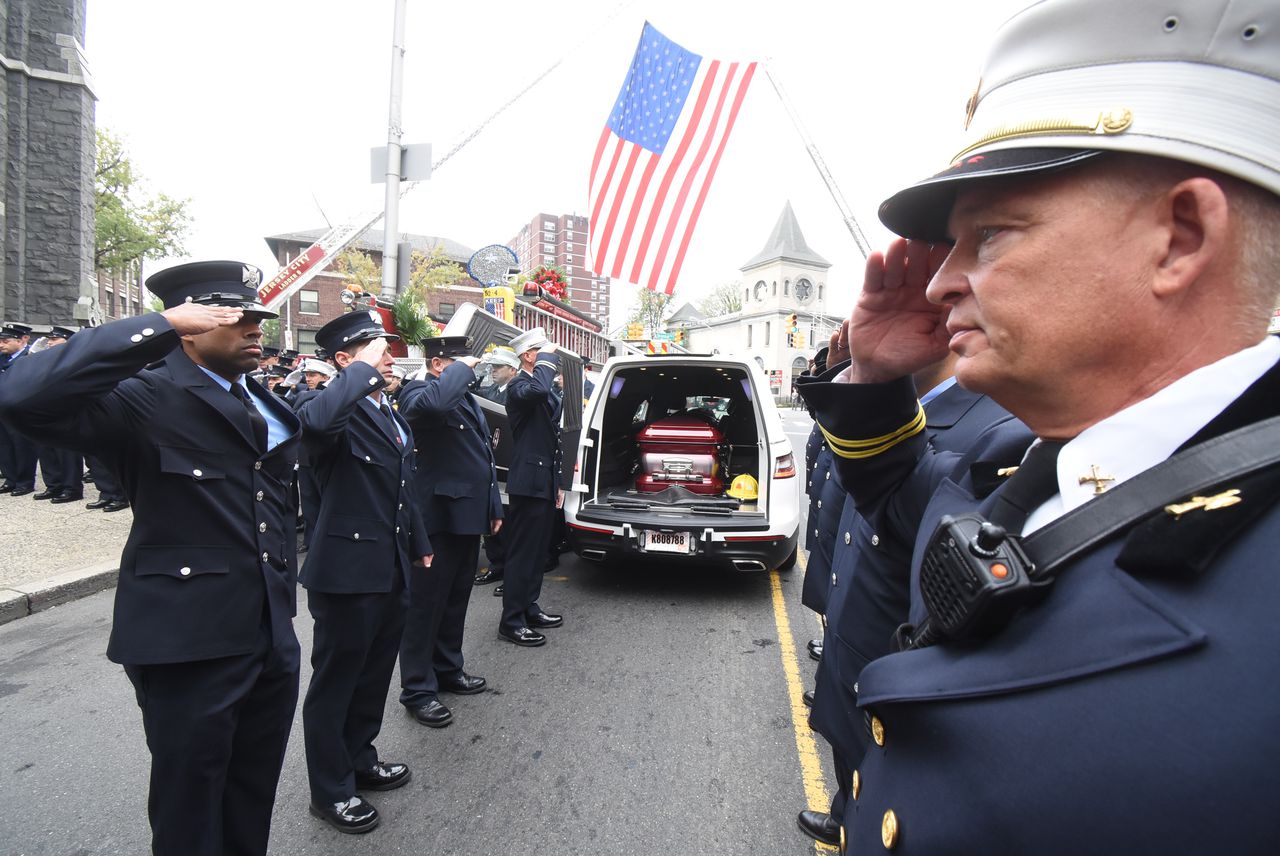 A beloved member of the Jersey City Fire Department was laid to rest on Saturday.

The city gave tribute to Gregory Greene, 66, and his service to the community with an honorary salute at his funeral on Saturday. Greene served the city as a volunteer firefighter for 55 years and was a longtime employee at the Jersey City Medical Center.

He died on Monday after a battle with many health issues.

Greene was born on July 30, 1954 in Bayonne Hospital. He attended A Harry Moore School where he received an education that also helped with his challenges of epilepsy, legal blindness and intellectual impairment.

Following graduation, Greene was part of the employment program for those with disabilities at Hudson Community Enterprises. Then, soon enough, he was hired at JCMC, which turned into a career.

But when Greene was 10 years old, he was rescued by JCFD from a fire in his home — sparking a lifelong interest.

In 2019, Greene, also known as “GG,” was given honorary title of deputy fire chief during the JCFD’s annual Meritorious Award Ceremony, which pays tribute to firefighters and EMTs for their services.

The firehouse at 582 Communipaw Ave became Greene’s “second home,” and when he couldn’t visit anymore the city firefighters returned the favor.

Greene is survived by his siblings, nephew and nieces.

“I have had conversations with Gregory — his heart, his spirit, his soul, is incredible, beyond what he does for the fire department,” Battalion Chief Steve Drennan said in 2019. “He’s a gentleman.”