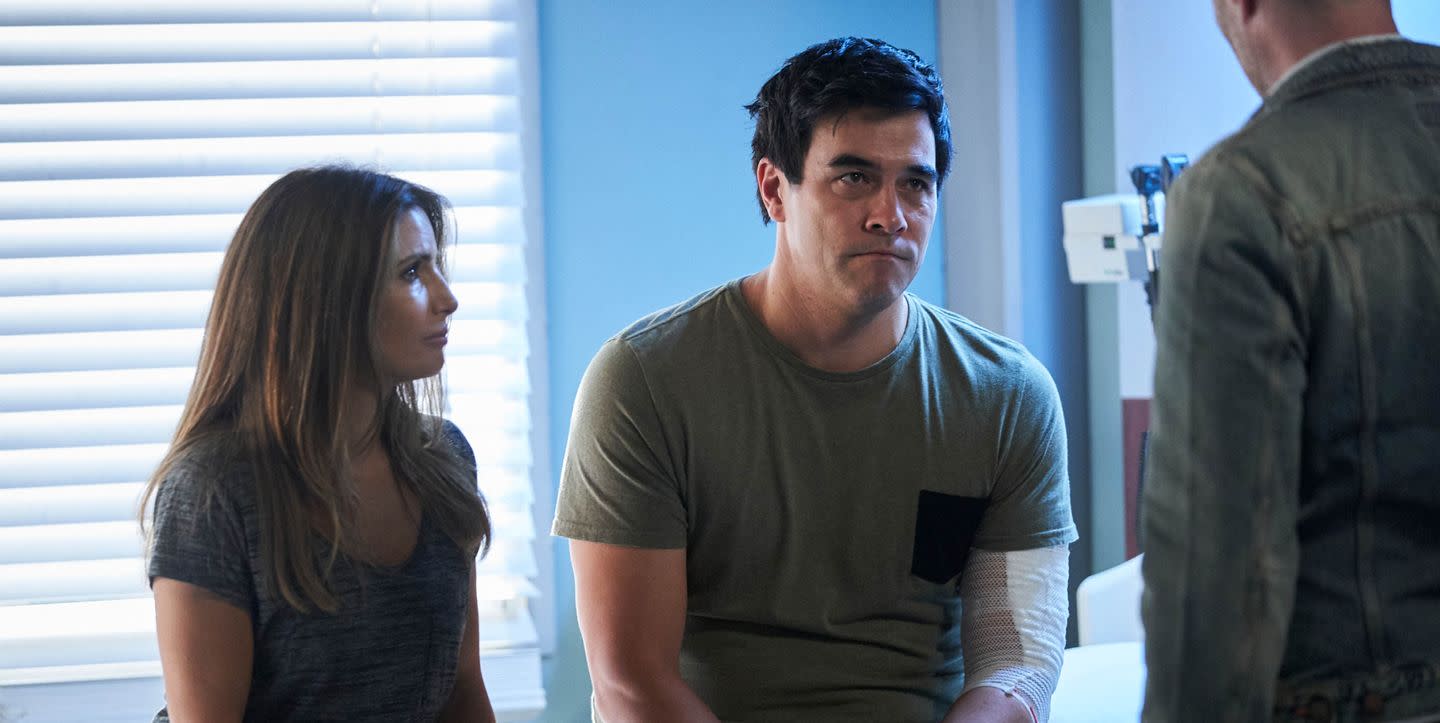 Home and Away spoilers follow for UK and Australian viewers.

Home and Away has confirmed that Justin Morgan will receive another important update about his health on Australian screens this week.

Justin (James Stewart) recently went in for surgery to remove a tumour from his spine, but has since noticed worrying signs that his troubles may not be over.

Monday’s episode in Australia (October 12) saw Justin confide in his partner Leah Patterson-Baker about how his symptoms are already returning.

Justin explained that he thought he was imagining his issues at first, but they seem to be rapidly growing more serious.

Related: Home and Away plans more drama for Dean as Amber’s mother arrives

After encouragement from Leah (Ada Nicodemou), a worried Justin agreed to head back to the hospital for an emergency appointment with Dr Christian Green.

Justin was adamant that he didn’t want his sister Tori to know what was going on, but his desire for secrecy was thwarted when he realised that she’d be working a shift at the hospital at the same time as his appointment.

Home and Away has confirmed that Justin will attend his appointment regardless in Tuesday’s episode, hoping to stay out of Tori’s way while he’s in the building.

Related: Home and Away’s Tane Parata is caught out by Ziggy Astoni as he returns to criminal ways

Before long, Christian has some news to share with Justin about his condition – but will it be good or bad?

Home and Away airs these scenes on Channel 5 for UK viewers in a month’s time.

Home and Away airs weekdays at 1.15pm and 6pm on Channel 5 (UK) and Mondays to Thursdays at 7pm on Channel 7 (Australia).

Digital Spy now has a newsletter – sign up to get it sent straight to your inbox.

Read more Home and Away spoilers on our dedicated homepage