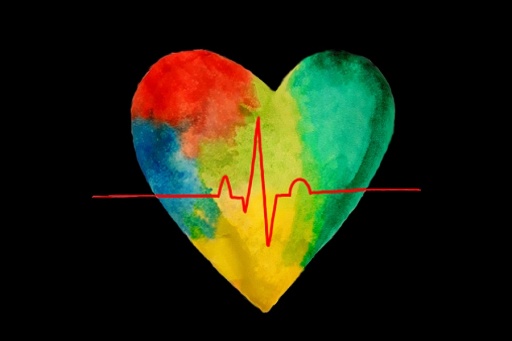 Historians will likely look back at the COVID-19 global health pandemic and the Black Lives Matter social protests as a unique period in the history of the world.

The editors of Heart Sounds, the annual magazine of literary, auditory and visual art published by the Jacobs School of Medicine and Biomedical Sciences’ Center for Medical Humanities, felt it was deserving of a special “social distancing” edition.

“We sought to exhibit how we have managed to stay in high spirits during this period of social distancing. We hope that this issue will highlight the talents housed in our community and inspire creativity within our readers,” chief editors Brian Yu and Jee Eun Choi wrote in the edition’s introduction.

Heart Sounds was started two years ago by Sara Xu, a current fourth-year medical student, to allow artistic and literary expression in the Jacobs School community.

The magazine seeks to emphasize the importance of communication and the exploration of one’s own humanity in the practice of medicine.

The idea for the social distancing edition began shortly after the second edition of Heart Sounds was released in the spring of 2020.

“The unprecedented timing of the magazine, coupled with entirely virtual correspondence, made spreading awareness of the social distancing edition initially difficult,” says Yu, a second-year medical student. “Despite all this, we are grateful to have received so many submissions from the faculty, students and staff.”

Submissions include numerous poems, photographs, drawings, a quarantine playlist, a short story and an essay on “hammocking during the COVID-19 era.”

Heart Sounds was always intended to bring the Jacobs School community together, says Choi, a second-year medical student in the MD-PhD Program.

“We believe that one of the root issues in racism and prejudice is the difficulty of empathy,” she says. “It has taken direct confrontation and even death for the general public to acknowledge the struggle and outrage that the minority community have continuously expressed.

“Even then, there are still those who do not understand the depth of the issue, as it does not touch their own lives directly. We feel that the exchange of art allows communication of emotions between individuals without any associated prejudice.

“Our art serves as a window into our experiences, beliefs and thoughts,” Choi adds. “It demonstrates how beauty can exist in diverse areas and be expressed through many different media. The exchange of art allows for the formation of a mutual interest, a commonality, between those who may not think themselves similar. In this way, we may shift our mindset to be able to embrace our diversity and respect our differences.”

There weren’t too many changes necessary for the production of the magazine itself, according to Yu, who put together the edition with Choi and advisers Ellen Lutnick, a third-year-medical student, and Linda F. Pessar, director of the Center for Medical Humanities and professor emerita of psychiatry.

“In the past, we tried to showcase the magazine release with a reception where the contributors, if they wished, could publicly present their works,” he says.

“However, due to COVID-19, we were unable to host this meeting. Additionally, we were not able to print physical copies of the magazine.”

Heart Sounds welcomes submissions for future editions from anyone in the Jacobs School community.