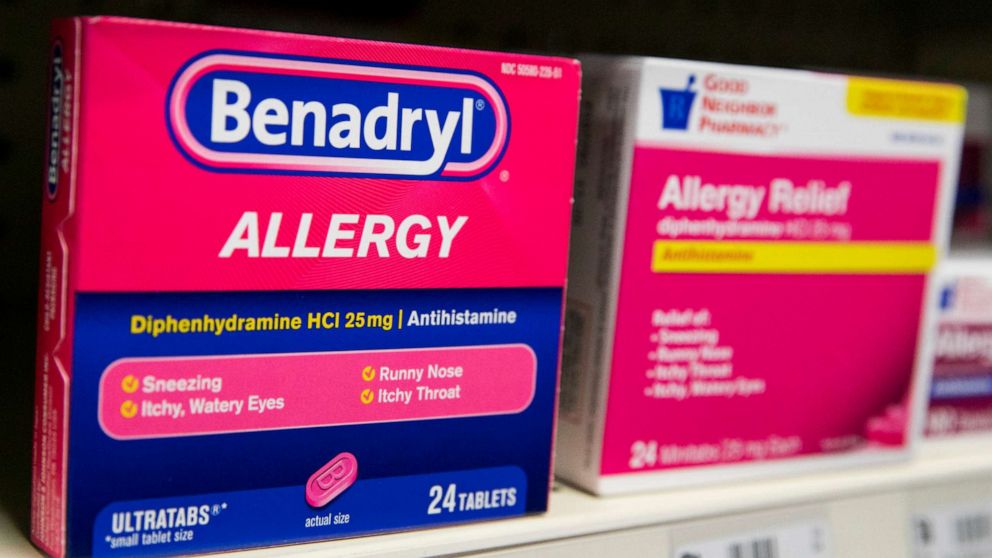 TikTok says the hashtag has been blocked from its search feature.

Health officials have issued a new warning against abusing the allergy medicine Benadryl after reports emerged of a so-called “Benadryl challenge” gaining popularity on social media.

Reminiscent of the deadly “Tide Pod Challenge”, the latest dangerous social media trend is encouraging young people to take higher-than-recommended doses of the over-the-counter drug whose generic name is diphenhydramine.

The U.S. Food and Drug Administration warned in a statement Thursday that this can lead to “serious heart problems, seizures, coma or even death.”

“We are aware of news reports of teenagers ending up in emergency rooms or dying after participating in the ‘Benadryl Challenge’ encouraged in videos posted on the social media application TikTok,” the agency added.

The statement said that the FDA contacted TikTok and “strongly urged them to remove the videos from their platform and to be vigilant to remove additional videos that may be posted.”

Moreover, the agency recommended that parents and caregivers store these medicines “away and out of children’s reach and sight.”

If someone has taken too much Benadryl and is hallucinating, can’t be awakened, has a seizure, has trouble breathing, or has collapsed, the FDA warns to get them medical attention immediately or contact the poison control center at: 1-800-222-1222.

At least one death has been reportedly linked to the challenge, according to local media reports in Oklahoma City, Oklahoma.

TikTok said that the hashtag for the challenge has been blocked from search on the app and has been for months, instead directing users to their Community Guidelines.

“The safety and well-being of our users is TikTok’s top priority,” a company spokesperson told ABC News in a statement.

“As we make clear in our Community Guidelines, we do not allow content that encourages, promotes, or glorifies dangerous challenges that might lead to injury,” the spokesperson added. “Though we have not seen this content trend on our platform, we actively remove content that violates our guidelines and block related hashtags to further discourage participation. We encourage everyone to exercise caution in their behavior whether online or off.”

Johnson and Johnson, the producer of Benadryl, also responded to the online challenge, saying it is “a dangerous trend and should be stopped immediately.”

“Collaboration and education are critical to putting an end to this dangerous misuse,” the company said, adding that it is working with TikTok and other online platforms to remove content that showcases this behavior.

“We will look to partner across industry and with key stakeholders to address this dangerous behavior,” the drugmaker added.