Dr. Martha Buchanan said authorities suspect the “underlying level” of the virus is greater than what’s reflected by current testing.

KNOXVILLE, Tennessee — Knox County’s health director suspects people infected with COVID-19 are skipping getting a test, resulting in the silent spread of the highly contagious virus.

Hospitalizations among residents are up to 70 – an all-time high since the pandemic broke out.

Dr. Martha Buchanan, Knox County Health Department director, said area hospitals are “very concerned” about the rise in hospitalizations. They confer regularly to track how the virus ebbs and flows in the community.

Buchanan said she suspects people infected or exposed to the virus just aren’t getting tested, either because they don’t want to have to isolate for an extended amount of time or don’t want to self-quarantine in case they’ve been exposed. Some also may not actually know that they’re sick.

They also may not want to tell their friends in case they could face exposure or isolation as well, she said.


“None of those are any fun, but the challenge is if people don’t get tested and they don’t know they have the disease and they don’t stay home they’re just going to keep making other people sick,” she said.

Statistics suggest there’s a greater presence of the disease in the community than current testing would indicate, she said. 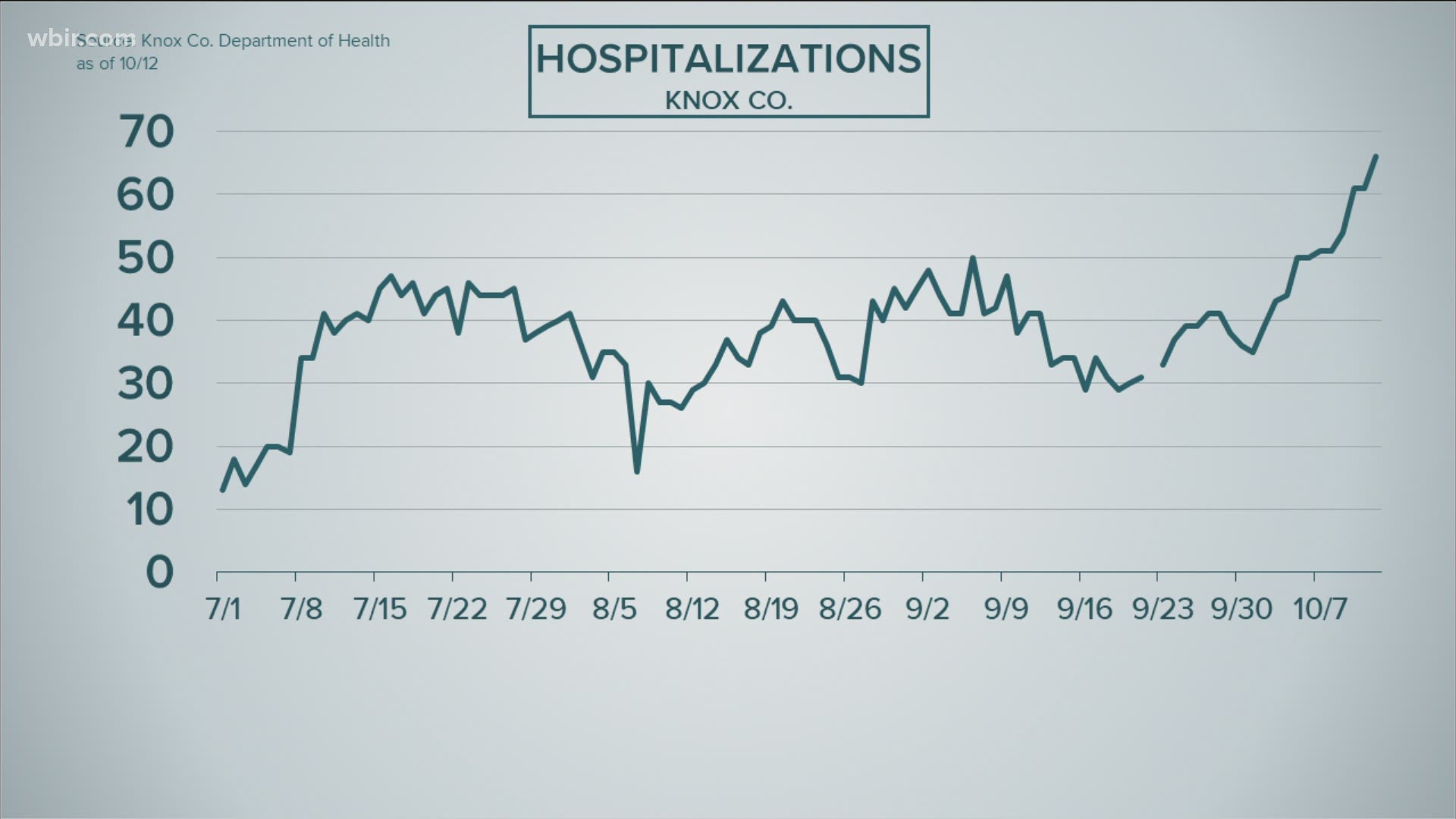 People can get a free test in Knox County Mondays-Fridays at Health Department headquarters on Dameron Avenue.

With early voting about to start Wednesday, Buchanan said voters should be safe so long as they follow basic “core actions” such as wearing a mask, avoiding close contact, and washing their hands often.

Buchanan referred a question about when hospitals should start worrying about reaching patient surge capacity to the institutions themselves.

The Knox County Board of Health is set to meet 5 p.m. Wednesday, WBIR will have more on that meeting and will stream it live.