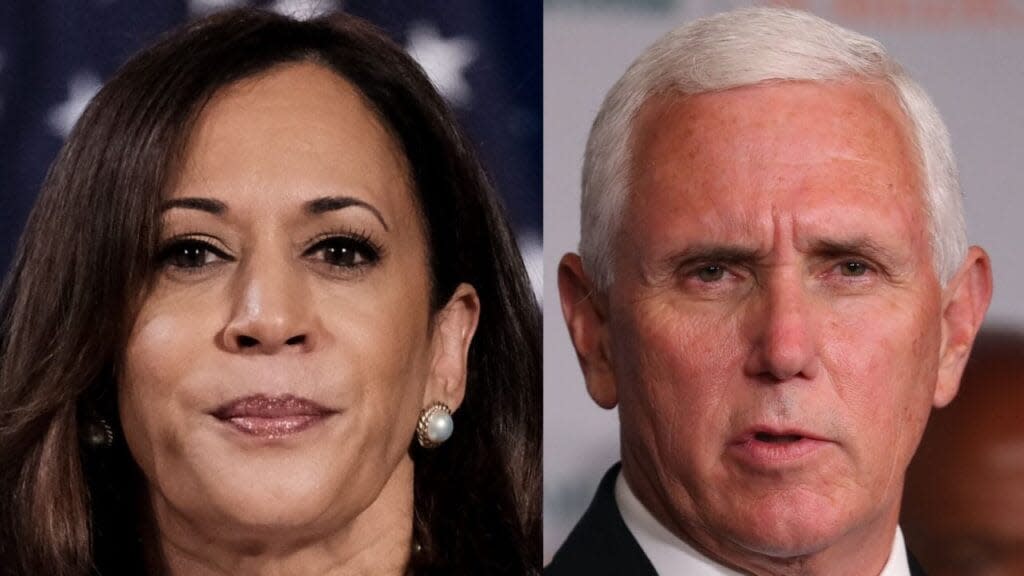 When Kamala Harris and Mike Pence take the debate stage, safety protocols will be more rigid

Vice President Mike Pence and vice-presidential candidate Kamala Harris are scheduled to square off in a debate next Wednesday in Salt Lake City, Utah, and the two will be subjected to upgraded COVID-19 protocols in the wake of a coronavirus outbreak that has stunned the Republican Party.

After last Tuesday’s wild presidential debate and the subsequent rash of positive COVID-19 cases among President Donald Trump‘s family, staff and associates, including the positive test for the president himself, the Commission on Presidential Debates has agreed on a new safety measure to deter transmission of the disease.

The measure says that the candidates should be seated 12 feet apart, according to Politico. The rule is the result of ongoing negotiations between the Trump and Joe Biden camps, negotiations that only became more fraught after the president revealed in the first hours of Friday morning that he tested positive for the deadly disease, hours after senior aide Hope Hicks‘ positive diagnosis was scooped by a reporter. First Lady Melania Trump and advisor Kellyanne Conway are other high-profile administration officials to have contracted the virus.

That was in addition to the 11 news cases reported linked directly to the debate, the online news outlet reports.

Harris and Pence will be seated during the debate, although the Biden campaign advocated for the two to stand. The agreement to add more space between the two was led by the Biden campaign, which, given the known virus contractions and medical recommendations to physically distance, that the 12-foot distance would be safer.

“We are open to more space between the candidates, which we will be happy to negotiate,” Tim Murtaugh, a Trump campaign spokesman told Politico.

Harris tested negative for the coronavirus on Thursday and Friday. Biden announced on Friday that he and wife, Jill, were also negative. Pence and his wife have also tested negative.

Harris and Pence will have the 90-minute debate next Wednesday at the University of Utah. Harris was on the campaign trail in Nevada on Friday and will travel to Utah next, where she will remain until the debate, according to Politico.

Trump, who is said to have a ‘low-grade fever’ is working from Walter Reed Medical Center in Bethesda, Maryland in an “abundance of caution” after contracting the virus. The White House says they expect the 74-year-old to recover, but no announcements have been made yet about the upcoming presidential debates scheduled for Oct. 15 in Miami and Oct. 22 in Nashville.