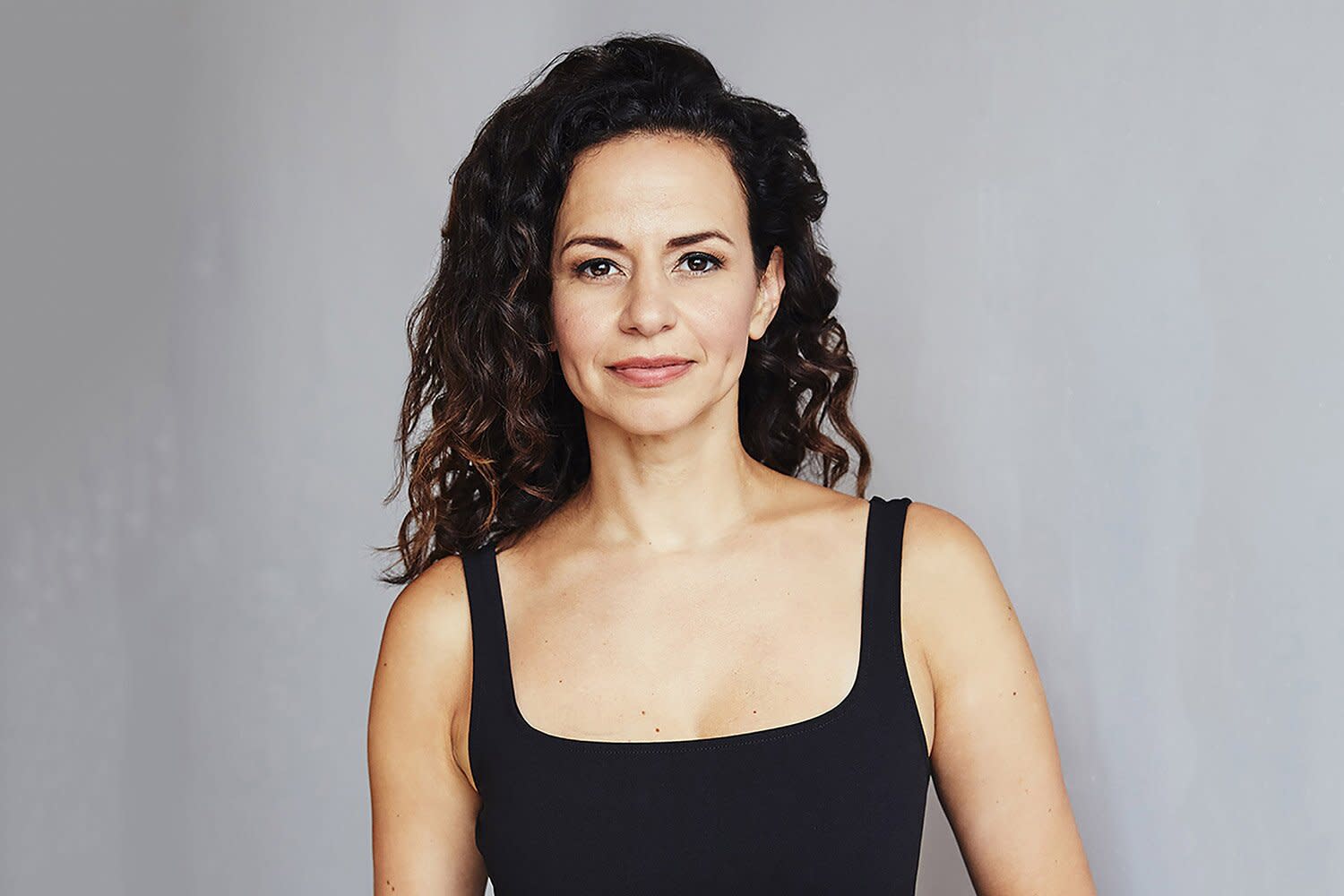 When Mandy Gonzalez, who stars as Angelica Schuyler in Hamilton on Broadway, went public with her breast cancer diagnosis in January, she was already prepared for a challenging year – one that included fighting the disease while still performing the demanding role in the show.

Two months later, COVID-19 complicated things even further: Broadway shut down, she was now managing remote schooling for her 8-year-old daughter, and her cancer treament in New York City became inaccessible due to the pandemic raging through New York’s hospitals. At the hospital in New Jersey, she had to attend chemotherapy alone due to visitor restrictions. But she powered through those “end of the world” days, and in July, she rang the bell that indicated that she was cancer-free.

By October (which is Breast Cancer Awareness month), Gonzalez, now a Breast Cancer Research Foundation ambassador, was able to look back on that difficult time with perspective and gratitude for the support she received from family, friends and her #FearlessSquad, a social media following she started pre-cancer dedicated to empowerment and inclusivity.

“I think of everything that I went through in this past year, it’s like I’m a different person,” she said. “And you can’t not be: You have your life before your diagnosis and then you have your life after. And I think there is a place where you can just say, ‘That’s okay’.”

Gonzalez had decided to share her cancer journey early on to help bring awareness to the disease, particularly for Latinx women like herself (for whom breast cancer is the leading cause of cancer death, and is frequently diagnosed at later stages than their white counterparts). “I needed to use my voice and use my platform so that, if there are young people that have a similar background to me … they know that this is something that can [affect] your life,” she said.

After breaking the news to her Hamilton castmates, Gonzalez spoke to PEOPLE and shared her diagnosis on social media. At first, she says, “it felt very scary every time I had to tell anybody … I think it’s hard for a lot of women to be vulnerable, but putting it out publicly was my ask for help and support.”

Once the news was out there, though, “I no longer had to pretend that everything was okay,” she said. “My social media is so much based on vulnerability and honesty. So it was like, I don’t want to pretend to be something I’m not, and this is what I’m going through, and I need help and support. And so it felt like a weight lifted off and now I can just focus on getting better.”

That social media following buoyed her in ways she didn’t expect. “I didn’t realize how helpful it was going to be, but it meant so much to me,” she says, adding that people reach out to her frequently to share stories, offer support or seek comfort. “I became friends with a lot of other people in the same situation and we helped each other. It really allows people to feel like they’re not alone. And at the same time, allows me to feel like I’m not alone.”

Despite the terrifying experience of not knowing what cancer treatment would look like as the pandemic advanced, and having to go it alone in the hospital, Gonzalez’s family and her treatment team kept her going and encouraged her to do the things that made her feel most like herself.

“It was good for me to continue to sing because that has been something so familiar to me throughout my life. I think that if that had been taken away from me, that would have been devastating,” she said. “A lot of friends that I’ve met online say the same thing about going to work, going to a desk job or whatever they do. There’s just a moment where you just get to be you and you don’t have to think about the fact that you have cancer.”

She also found some silver linings in the chaos. She had time to focus on writing her young adult book (Fearless, out in April), time to spend with her daughter, time to rest (“I watched all 12 seasons of Cheers – what else was I going to do?”) and time to focus on her new role as a BCRF ambassador, performing in a virtual gala attended by Hamilton castmates, family across the country and more. And she also continued to do outreach on her own, particularly during Hispanic Heritage Month (which runs from Sept. 15 to Oct. 15), to be sure that her message is heard in the Latinx and Hispanic community.

She also emphasizes that early detection is critical (in her case, a routine mammogram despite no family history of breast cancer detected the tumor growing), recommending regular self-examination but also medical observation. “If you feel anything unnatural, it’s important to tell [someone], but also to make that appointment for your doctor. I think it’s important for Latinx people to stand up and to show that we’re here and we matter, and that we belong in research just as much as anybody else.”

Now in remission, Gonzalez sends “Fearless Squad” care packages to others going through treatment, remembering how much it meant to her when others showed her love during her own cancer battle. (For those looking to support a loved one during their fight, Gonzalez advises just reaching out: “Silence is deafening” to those in treatment, she says. “We can’t always get back to you because we’re going through it, but your call means a lot. There’s always a way to help; you can send a text or a little something and it will mean the world.”)

And seizing those moments to support others helps her find purpose. “When you’re going through a treatment for breast cancer, it’s all about just getting through,” she says. “And nobody really talks to you about what happens once you get through. Really, it’s just the beginning because it’s always with you. It’s something that is always in the back of your mind. It’s a constant coming to terms with wherever you’re at and being okay with that … [helping others] helps me focus on my healing, but also my moving forward.”