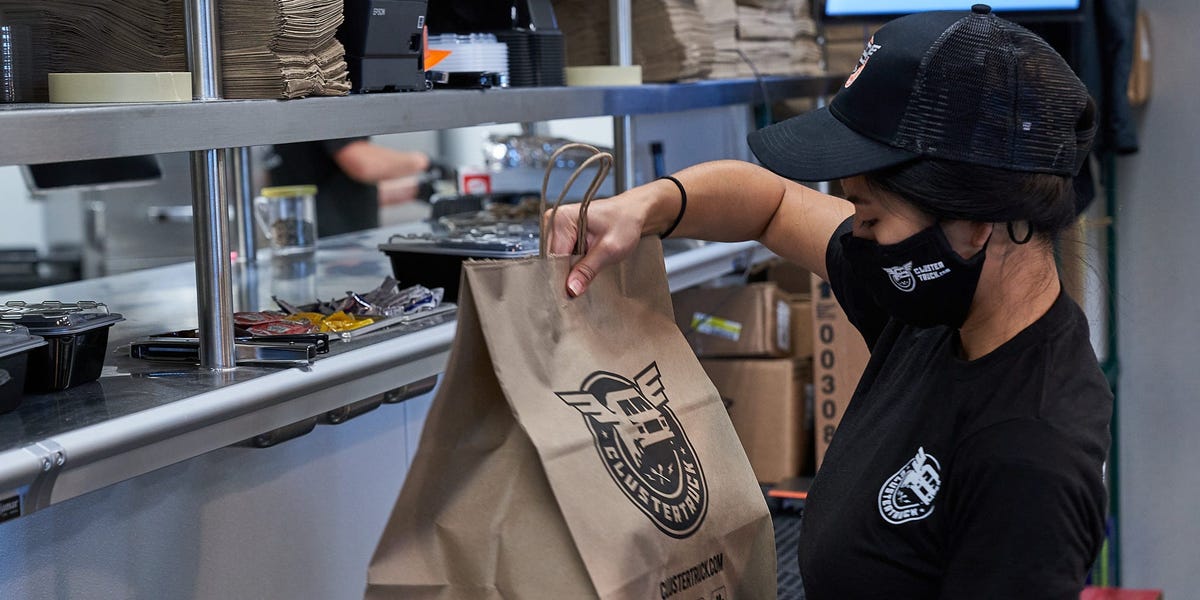 Grocery giant Kroger is converting 1,200 square feet in two of its stores to “ghost kitchens,” the company announced on Thursday. “Ghost kitchens,” also known as “dark kitchens,” are dedicated to fulfilling online delivery orders and do not offer a traditional dine-in option.

Kroger and ClusterTruck, a meal-delivery startup collaborating on the initiative, said that its ghost kitchens will have a menu of more than 80 meals and a preparation-to-delivery turnaround of seven minutes, and an order-to-delivery time of 30 minutes, on average.

The grocery store said it’s launched the concept at its Fishers, Indiana location and will launch a second at its Dublin, Ohio store later this year.

The new kitchens are the latest move from retailers looking to reach customers in lockdown and add to their offerings to meet changing ordering habits. “Ghost kitchens” and “dark stores” have captured the imaginations of businesses from Wendy’s to Sweetgreen to Chik-fil-A. Pre-pandemic, the option gained traction among vendors looking to boost delivery revenue and jettison customer-facing infrastructure. Mid-pandemic, the business model has become even more attractive.

Last month, Burger King released a redesign of its restaurant that shrinks dining space in lieu of take-out cubbies and greater space for drive through and curbside pick-up options.

In August, delivery app DoorDash created a “virtual convenience store” called DashMart. At DashMart, customers can’t browse through aisles, basket in hand, looking for the right shampoo, but they can select one on an app and have it delivered to their door. Similarly, Whole Foods decided to close at least six locations to customers in favor of a “dark store” model, which prohibit customers from entering and has employees do the shopping for pick-up or delivery to minimize virus exposure, according to prior Business Insider reporting.

“The new on-premise kitchen, in partnership with ClusterTruck, is an innovation that streamlines ordering, preparation and delivery … as we navigate an unprecedented health crisis that has affected every aspect of our lives, including mealtime,” Dan De La Rosa, Kroger’s group vice president of fresh merchandising, said in a statement.

Usually, “ghost kitchens” are operated as a clean break from customer-facing services, without a take-out or dine-in option, but Kroger’s locations will allow for takeout orders. The company piloted a version of the ghost kitchens that were located separately from its grocery stores in 2019, but has since decided to pursue an in-store concept, the company said.