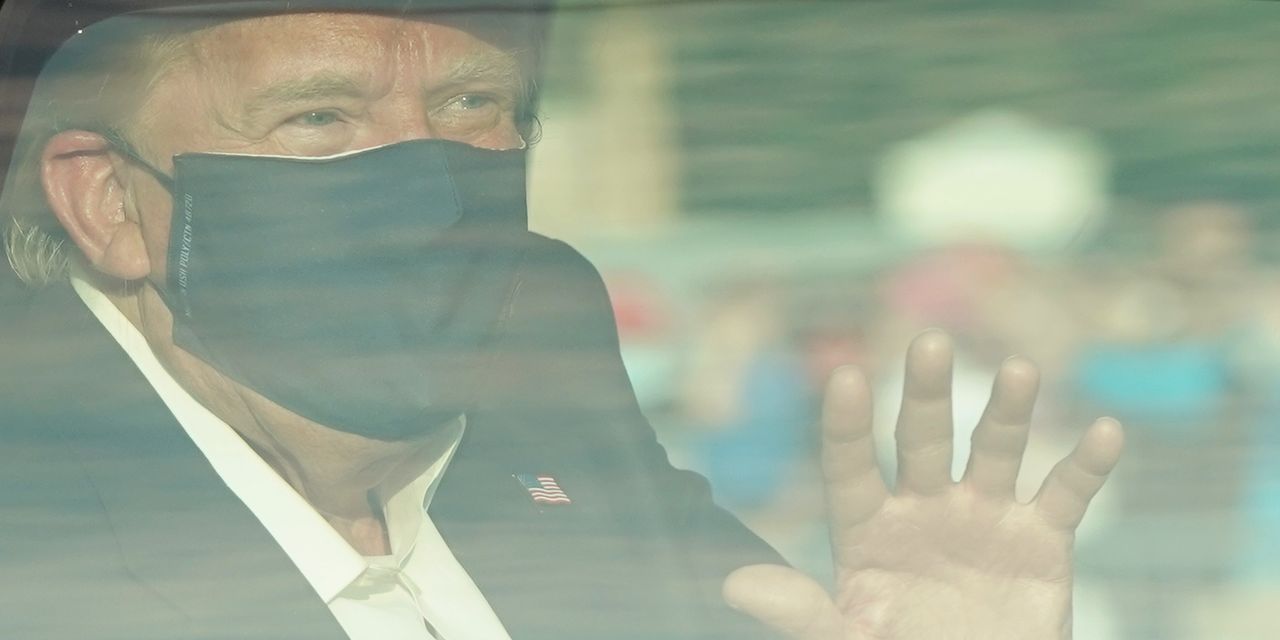 
Global stocks advanced on Monday on hopes that President Donald Trump’s hospital stay will boost the chances of a stimulus bill being completed before the election.

Shortly after the open, the

With major markets in Asia resuming trade after holidays, the

Trump over the weekend appeared to be in improving physical condition after being hospitalized for Covid-19, with the president possibly leaving Walter Reed Medical Center as early as Monday.

Trump’s hospitalization seems to have improved chances for a stimulus bill, and talks between House Speaker Nancy Pelosi and Treasury Secretary Steven Mnuchin were held over the weekend. Polls also indicated that former Vice President Joe Biden has a widening lead over Trump.

“Markets start the week on a positive but nervous note, within their current consolidation patterns, remaining very focused and reactionary to headlines about Covid-19, the state of President Trump’s health, along with stimulus measures in the U.S.,” said analysts at Lloyds Bank.

Of companies in the spotlight,

has prepared a defense against efforts to divest Instagram and WhatsApp, according to The Wall Street Journal.

shares slumped in London, after it said it would suspend its operations in the U.S. and the U.K. Last week, S&P downgraded the debt rating of rival

shares rose after agreeing to sell its Fort Worth, Texas-based oil and gas products business to

(ticker: MYOK) has jumped 57.8% after agreeing to be purchased by

(EIDX) has climbed 32.1% after agreeing to merge with

(DKNG) has dropped 3.3% after announcing that it would sell 32 million shares.

(DNKN) has fallen 0.2% after getting cut to Neutral from Buy at BTIG.

(NAV) has advanced 1.6% after Carl Icahn said he would be in favor of selling the company to Volkswagen’s Traton for $50 a share.