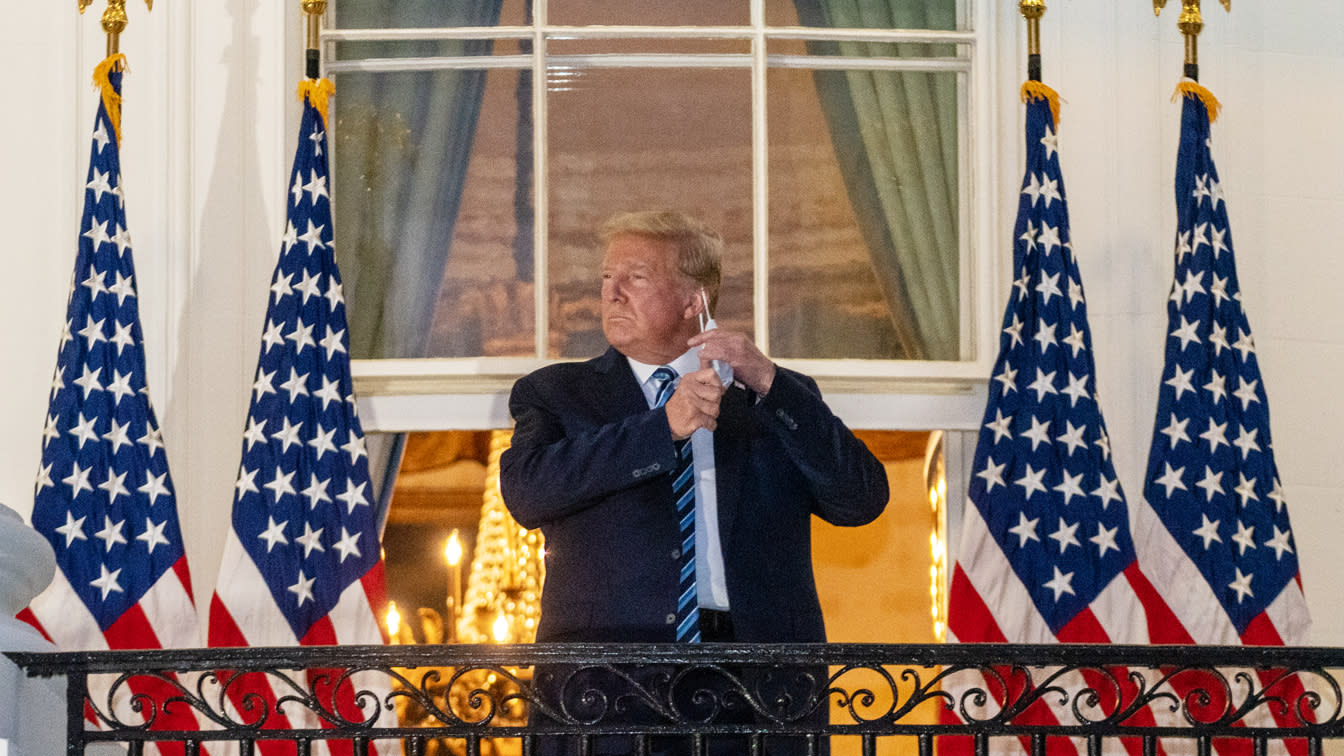 WASHINGTON — In the 1980s, as the health of Filipino President Ferdinand Marcos deteriorated amid unrest in the country, a team of CIA officers collected biological samples of his urine and feces without his knowledge, two former case officers told Yahoo News.

Sometimes, seeking biological samples involves creativity and a willingness to literally get your hands dirty. One of the former officers recalled that when Marcos was visiting the U.S., the CIA was able to obtain a sample using toilets that flushed “to a special repository on a Navy ship.”

This was no exception. The CIA has long tracked health information about both allies and adversaries and their leaders, according to former CIA officers who spoke with Yahoo News. These included former case officers who recruited sources to report medical information back to the United States and those involved in leadership analysis. The agency even has a “cheat sheet” of the top health concerns for the top 10 foreign officials “whose health is a major national security issue for the U.S.,” said one former CIA officer.

However, with President Trump’s positive diagnosis for COVID-19 late last week, the focus is now on the U.S., particularly given the lack of medical details being released to the public. And it’s likely that foreign spies have been seeking information about the septuagenarian president and his health.

“Intelligence services are always collecting on foreign leaders to know what their health is in terms of succession and their ability to make decisions,” said Douglas London, a 34-year veteran of the CIA’s clandestine service and currently an adjunct associate professor at Georgetown University.

“Is this leader of sound mind and body? Has the leader been shelved and rolled out for photo ops? Is the leader truly in command? Is the leader impaired or not?” he said to Yahoo News during a phone interview. “You’re always reporting on that and collecting on that.”

Often, the first step for a spy to obtain this sort of information is to gain an access point, explained London — either through a human source such as a friend, family member, medical professional or hospital staffer, or through technical access to health records or databases.

A foreign official traveling overseas provides intelligence personnel an opportunity to seek out biological data, said John Sipher, a former CIA case officer and co-founder of Spycraft Entertainment. The U.S. president travels with a large entourage, but many other foreign officials don’t enjoy those resources, he noted.

So, for example, a foreign dignitary making a visit to the U.N. might enable a spy to collect DNA off their clothes or from their excrement, he said.

One of the most notorious examples of the CIA seeking health information involved a fake vaccination effort aimed at collecting DNA from the family of Osama bin Laden. The fake vaccine drive in Abbottabad damaged relations between the U.S. and Pakistan, and was blamed for hurting legitimate health programs.

That kind of operation, however, is the exception to the norm, said Marc Polymeropoulos, a CIA officer who retired in 2019 after 26 years of service.

“Every intelligence service will have their operational directive,” said Polymeropoulos. “One of those is going to be the health of the leadership. You never want to be caught in a position flatfooted.”

He explained that recruiting someone to tip off the CIA when a foreign leader visits a certain medical facility is sometimes not that difficult. Hospital employees, like “clerical staff, administrative staff, janitorial staff,” won’t be as suspicious as a government official might be, he noted.

Additionally, the sales pitch is a little easier, he said. “You’re not saying, ‘Give me the classified info.’ It would be more like, ‘Hey, we just need to know, this is good for the world.’”

One of the biggest advantages U.S. intelligence agencies have when tracking down medical information about a foreign leader is that those leaders, if from a less developed country, will often travel to Western countries for treatment. “A lot of these people at one time or another went to Western physicians, and [those doctors] would always be a source,” said one former CIA analyst who conducted analysis on foreign leaders who requested anonymity.

For example, the U.S. managed to obtain a blood sample from Saddam Hussein from his treatment in Europe, the source noted.

“Half of the Middle East flies to get treatment in Europe,” Polymeropoulos said. That’s an important fact given that a large number of leaders in the Middle East are aging or in poor heath, a fact highlighted by the recent death of the 91-year old emir of Kuwait, Sheikh Sabah Al-Sabah.

“The agency has kind of a mixed record,” explained the former CIA officer who requested anonymity. “The classic example of the agency getting the health of a foreign leader wrong is of course the shah of Iran,” the former officer said, referring to Mohammad Reza Pahlavi, who died of cancer.

“The Israelis knew and the French knew,” said the source. But the CIA in 1978 published a paper predicting that “the shah would remain in power for a long time to come,” the source said. Instead, the shah fled Iran during the Iranian Revolution in 1979, and later sought medical treatment in the United States before dying in 1980.

Another major blunder, recalled two former CIA officers, was when the CIA was trying to determine if ousted Haitian President Jean-Bertrand Aristide was mentally ill and taking psychotropic drugs — an assessment that was leaked and led to a public battle with Haiti.

And the more paranoid the leader in a more closed society, the harder it has been to find reliable health information. “The hard part was getting at Castro’s Cuba, Kim Jong Il in North Korea, Saddam Hussein,” the former CIA analyst explained. There were times when the agency “went off some really old information,” he said.

For example, during former President Bill Clinton’s trip to North Korea to free two American journalists in 2009, he brought his personal doctor, who would not only monitor Clinton’s health but assess the North Korean leader in real time. “Kim Jong Il kept giving this guy the stink eye, the dirtiest look, because he knew why he was there,” the former analyst explained. “But yet it didn’t stop Kim from having a couple cigarettes and a few drinks.”

Foreign leaders, particularly in autocratic countries, often try to hide any illness and project strength at all times, the former CIA officers explained.

“Putin could be sick and you’d never know about it,” said Ronald Marks, a former senior CIA officer and currently the president of ZPN National Security and Cyber Strategies. “That’s not the image you want to project.”

Sometimes the agency is forced to rely on photographs and film footage to look for minute signs of ailments. The former CIA officer who requested anonymity recalled poring over images of Kim Jong Il going on factory inspections, consulting with the agency’s medical professionals about the way Kim would lean his hand on a side table, favoring the side of his body not affected by his stroke. The former officer also described studying videotapes of Fidel Castro, who had fallen while giving out medals at a military ceremony, which gave “an indication that there was trouble there.”

Sometimes the health information is more readily available. Dan Hoffman, another former CIA case officer, recalled when the U.S. was building a relationship with Russia following the Cold War, and how Russian leader Boris Yeltsin suffered from routine health problems as well as severe alcoholism. “Clinton was really trying to partner with Russia, [and] it hinged in many ways on Yeltsin being able to deliver on leadership, which he never did, because he was infirm,” Hoffman said.

The CIA at the time would monitor Yeltsin closely, tracking his public appearances, discussing his health with diplomats from Russia and other countries, and gathering intelligence to figure out what would happen and who might succeed him.

Yeltsin’s illness had an obvious impact on Russia’s politics, but some examples are more subtle, like the recent death of the sultan of Oman, Qaboos bin Said, who was a major conduit for communication between the U.S. and the Middle East.

As the U.S. approaches its presidential election with two candidates in their 70s, foreign countries are thinking about these same sorts of issues.

“Trump’s death would be a monumental worldwide event, because of the effect he has had on the international world order, the economy, our relationships with allies,” Polymeropoulos said. “His health is of huge importance.”