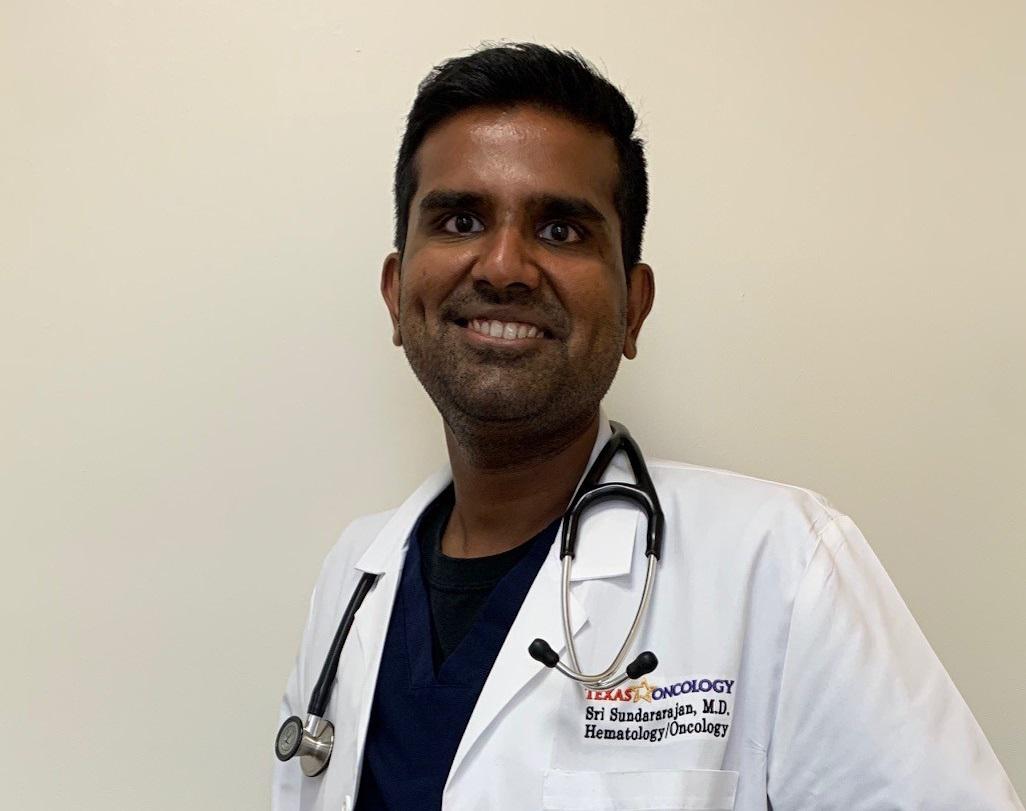 Breast cancer is the second most common cancer diagnosis in the United States. Dr. Srinath Sundararajan, an oncologist and hematologist with Texas Oncology-Katy, says early detection saves lives and that screening is important, even during the pandemic.

“Delaying cancer screenings will lead to detecting cancer at a later stage, and definitely that leads to more aggressive disease, more lengthy treatment and an increased healthcare cost,” Sundararajan said. “Cancer when identified early, there is a better chance of it being a curable cancer and better chance of having less intensive treatment. Screening cancer and finding it early is the single most effective way of improving cancer survival rates.”

He explained that since the 1980s, advances in breast cancer treatments have improved mortality rates, but screening has played a major role because it allows patients to seek treatment earlier in the disease.

While Sundararajan said mammograms are the main breast cancer detection tool, women talking with their health care providers about how to do a proper self-breast exam can enhance their breast health awareness and act as another tool. He said they should look for unusual changes in their breasts, including lumps, changes in the contour of the nipple, skin color changes, puckering of the skin or a new nipple discharge that occurs without apparent reason. Women should seek immediate medical attention with their health care provider if any of these symptoms occur.

While the age that a woman should get her first mammogram depends on several factors such as family history, Sundararajan explained that a woman with average risk should have a discussion with her doctor when she is between 40 and 50 years old. He said the frequency for mammograms will vary based on the results of that first one. Women should certainly have mammograms from age 50 to age 75, Sundararajan said.

The pandemic has had a large impact on cancer. A study showed that diagnoses of breast, cervical and colon cancer were down about 90 percent at one point. Sundararajan said the numbers have improved but are still down overall by about 30 percent since before COVID-19.

“It doesn’t mean that cancer was not happening or that new cancer was not occurring during those times,” he said. “Those are all missed diagnoses, which would probably impact them later in the future. Once they’re diagnosed, they might be at a later stage.”

Sundararajan explained that 90 to 95 percent of patients whose breast cancer is detected early respond well to treatment and are still living five years later. Those survival rates decrease when the cancer is found later.

Enrollment growth: University of Houston-Victoria sees growth in enrollment even amid pandemic

Sundararajan emphasized that it is safe to go out for cancer screenings. He said clinics, diagnostic offices and doctors’ offices are taking precautions so that people do not catch or spread the novel coronavirus. Many medical facilities require masks and temperature checks to enter and are limiting the visitors that can accompany a patient. Texas Oncology is offering telemedicine appointments where patients can discuss concerns and symptoms without coming to the office. In addition, their patients answer questionnaires prior to their appointments to prevent people from coming to the office already sick.

Maria Herrerra was diagnosed with stage 2 breast cancer in March just as the pandemic was breaking out in the United States. In July 2019, Herrerra developed a breast infection. Her normal doctor prescribed antibiotics for and told her if it cleared up, there was no need to worry. She did not have health insurance over the summer but went to see her gynecologist in October. Even though the doctor didn’t feel anything out of the ordinary in her breast, he referred her to get a 3D mammogram.

Busy with life, Herrerra waited until February to get the test. She learned she had not one but three lumps in her breast. Further screening through an ultrasound and a biopsy revealed she had cancer. Amid the pandemic, she was told she couldn’t have surgery at the time. Sundararajan consulted with her virtually and explained the plan, but she said she didn’t want to wait to start the fight.

“I told him I can’t sit here and wait until I get a surgery done. I’m going to feel like I’m not doing (anything) and I’m going to die,” Herrerra said. “I’m not that kind of person that just can stay here and just wait.”

So she started taking tamoxifen until she could have the surgery. It helped slightly reduce the size of the cysts and made her feel a little better about the cancer. She had surgery on May 22 and thankfully did not have to go through chemotherapy and radiation. She added however that the tamoxifen, which she will have to take for years, has a lot of side effects.

Herrerra encouraged women to get screened, despite the circumstances of the pandemic. “Oh, go. They’re so safe and clean and strict (about precautions). And then don’t wait because, you know, you don’t play with your life,” she said.