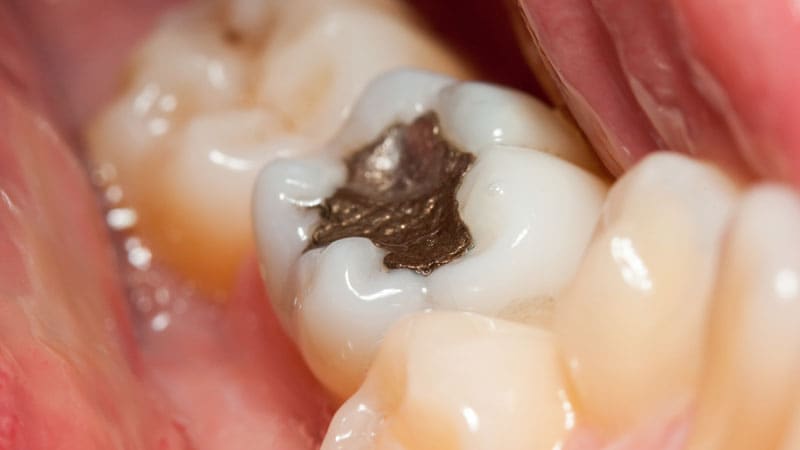 The US Food and Drug Administration (FDA) has advised against the use of dental amalgam that contains mercury for certain groups of people who may be at high risk for potentially harmful health effects as a result of mercury being released from the fillings.

These groups are pregnant women and their developing fetuses; women who are planning to become pregnant; nursing women and their newborns and infants; children, especially those younger than 6 years of age; people with preexisting neurologic disease, such as multiple sclerosis, Alzheimer’s disease, or Parkinson’s disease; people with impaired kidney function; and those who are known to have heightened sensitivity to mercury or other components of dental amalgam.

Although most evidence suggests that exposure to mercury from dental amalgam does not have negative health effects in the general population, “little to no information” is known about the effects this exposure may have on these specific groups, who may be at greater risk for negative health effects of mercury exposure, the FDA said in a safety communication.

Therefore, for these individuals, the FDA recommends the use of fillings that do not contain mercury, such as composite resins and glass ionomer cements, when possible and appropriate.

“For over 20 years, the FDA has been reviewing scientific literature, monitoring reports and holding public discussions regarding the public health effects of dental amalgam and amalgam-related mercury vapor,” Jeffrey Shuren, MD, director, FDA Center for Devices and Radiological Health, said in a statement.

“While low-levels of inhaled mercury vapor are generally not harmful to most people, these high-risk individuals may be at increased risk of adverse health outcomes,” he said.

However, Shuren said “uncertainties” remain regarding the effects that long-term exposure to dental amalgam may have on the specific high-risk groups. There is a possibility that mercury in dental amalgam may be converted to other mercury compounds in the body and that the accumulation of mercury in some body fluids and tissues may result in unintended health outcomes.

Despite these uncertainties, the FDA does not advise removing or replacing existing amalgam fillings that are in good condition unless it is medically necessary, because removing intact amalgam fillings can cause a temporary increase in exposure to mercury vapor.

In a statement, the International Academy of Oral Medicine and Toxicology (IAOMT) applauded the FDA for its action but says it hasn’t gone far enough.

“This is certainly a step in the right direction. But mercury shouldn’t be placed in anyone’s mouth. All dental patients need to be protected, and dentists and their staff also need to be protected from working with this toxic substance,” stated Jack Kall, DMD, IAOMT, executive chairperson of the board.

After it was established in 1985 that mercury vapor is released from fillings, the IAOMT called for ending the practice of using dental fillings that contain mercury until evidence of safety could be produced.

“No evidence of safety was ever produced,” according to the IAOMT.

“Over 45% of dentists worldwide are still estimated to be using amalgam, including a large majority of dentists for military and welfare agencies. It should not have taken 35 years to get to this point, and FDA now needs to protect everyone,” David Kennedy, DDS, member of the IAOMT board of directors, said in the statement.