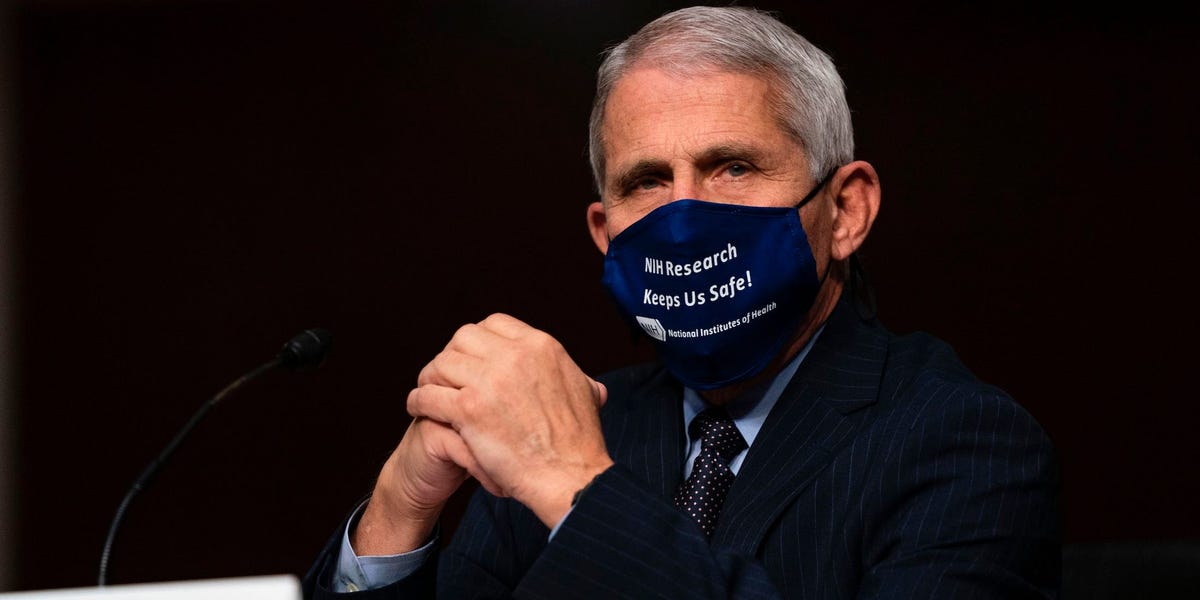 More than 150 people gathered in the White House’s Rose Garden on September 26 to see President Donald Trump officially nominate Judge Amy Coney Barrett to the Supreme Court. Most of them were maskless. Many hugged or shook hands as they mingled in close proximity.

Some attendees even celebrated inside the White House, without masks.

According to Dr. Anthony Fauci, the director of the National Institute of Allergy and Infectious Diseases, the nomination ceremony was a coronavirus superspreader event. The term refers to a circumstance in which one person infects a disproportionately large number of others, often during a large gathering.

“The data speak for themselves,” Fauci told CBS News in a radio interview on Friday.

Within five days of the event, both the president and the first lady, Melania Trump, were diagnosed with COVID-19. The outbreak has hit at least 34 people in the president’s orbit, including White House staffers, bodyguards, and family members, as well as pastors, journalists, GOP senators, and advisors.

The identity of the person or people who were first infected, however, is unknown.

The term superspreader refers to an infected person who transmits the virus to more people than the average patient does. For the coronavirus, that average number, known as R0 (pronounced “R-naught”), has seemed to hover between 2 and 2.5. So anyone who passes the virus to three people or more could be considered a superspreader.

A superspreader event, then, is a set of circumstances that facilitates excessive transmission. In one well-known example, a person transmitted the virus to 52 others during a choir practice in March in Mount Vernon, Washington.

A superspreader event in Arkansas that month involved a pastor and his wife who attended church events a few days before they developed symptoms. Of the 92 people there, 35 got sick. Seven had to be hospitalized, and three died.

In that sense, it’s not so much that individual people are innate superspreaders — it’s the type of activity that enables a person to pass the virus to lots of people.

Those activities generally involve large gatherings — often indoors — in which lots of people from different households come into close, extended contact, such as religious services or parties.

“You can’t have a superspreading event unless there are a lot of people around, so you have to be very careful still about gatherings of people of any size,” William Schaffner, an infectious-disease expert at Vanderbilt University, previously told Business Insider.

“They’re doing pretty much everything wrong,” she told Business Insider, adding: “I’m looking at pictures of the ceremony right now. They’re seated far too close together. Like 20% of people are wearing masks. I see handshakes, indoor meetings greater than 10 people.”

All those activities go against the US Centers for Disease Control and Prevention’s guidelines for containing the spread of COVID-19.

Even though the ceremony was outdoors and most attendees didn’t go inside the White House, that doesn’t mean it wasn’t high-risk.

“If you’re still crowding a bunch of people into one place, it almost doesn’t matter if it’s outdoors — you’re still producing a large cloud of respiration that can be easily transferred to the person sitting next to you,” Graham said.

But a growing body of research has found that face masks prevent coronavirus transmission. And in the case of this superspreader event, Fauci said the lack of mask-wearing might have made all the difference.

“It was in a situation where people were crowded together and were not wearing masks,” he told CBS News.

Research has suggested that superspreader events are the primary way the coronavirus spreads.

In a September study of coronavirus cases in Hong Kong from late January to late April, researchers estimated that just 19% of cases led to 80% of all coronavirus transmission.

The researchers also found that 70% of the people with COVID-19 didn’t pass the virus to anyone else.

“If we could stop the superspreading from happening, we’d benefit the most people,” Ben Cowling, one of the study’s authors, previously told Business Insider.

Susie Neilson and Aria Bendix contributed reporting to this story.