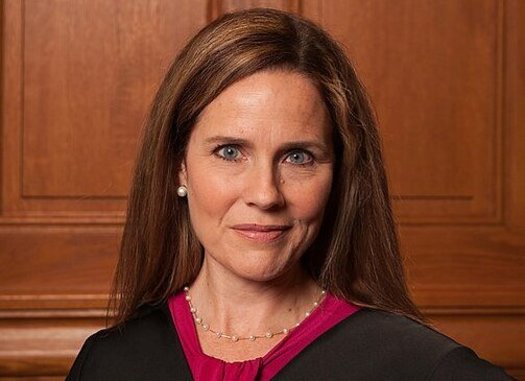 The Trump administration has promised to protect people with pre-existing conditions but has not offered a plan to do so. In 2017 Coney Barrett criticized Chief Justice John Roberts’ vote to uphold the ACA.

Right now, the Affordable Care Act allows parents to keep their children on their insurance plan up to age 26. It also outlaws lifetime caps on insurance benefits and mandates women cannot be charged more than men for coverage.

“It could also eliminate the consumer protections that prohibit drug companies right now from paying off doctors behind closed doors to influence the kind of drugs that they prescribe to patients,” she said.

The ACA also mandates coverage of treatment and counseling for substance abuse and is considered key in the fight against the opioid crisis.