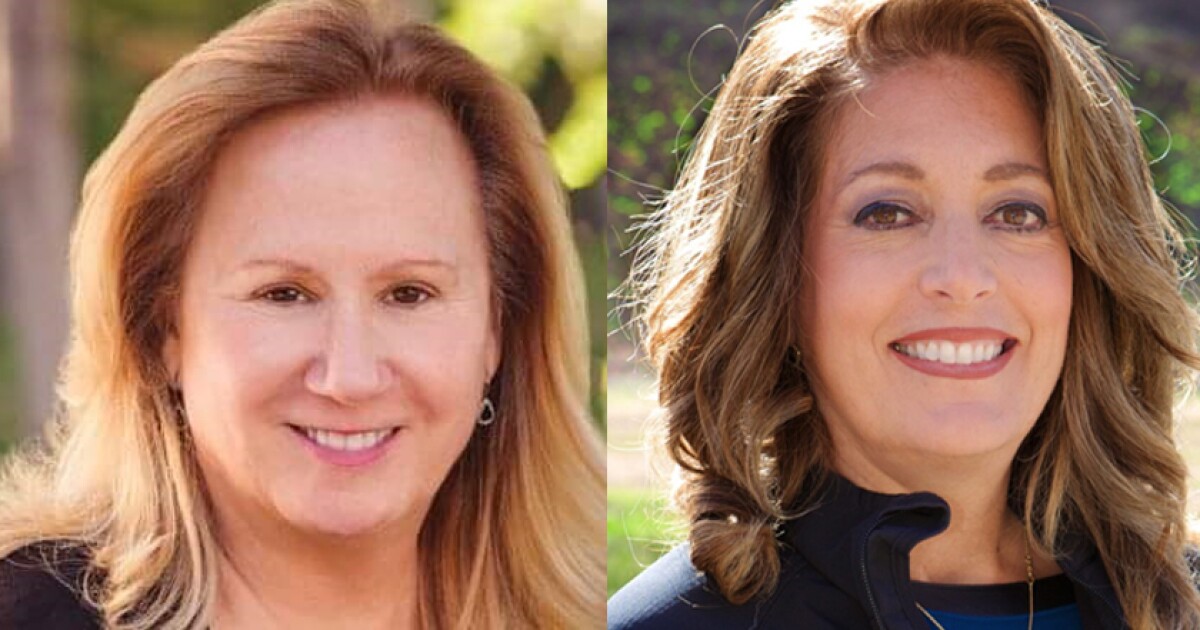 Schwartz, a Fallbrook Democrat, is a director on the Fallbrook Regional Health District board and has been a licensed behavioral health care provider for more than three decades.

She said she’s eager to bring her experience in the health care industry to Sacramento and to help residents of the 75th Assembly District battle through the coronavirus pandemic, which has sickened nearly 50,000 people and killed more than 800 countywide.

“I’ve spent my entire career working to assist people experiencing mental health illnesses and crises,” Schwartz said in a phone interview. “And of course, working on the community level, I see the inherent, systemic problems with our health care system and want to help to fix it.”

Waldron, of Escondido, is a four-term incumbent and the former deputy mayor of Escondido. She previously served on the Escondido City Council and was first elected to the Legislature in 2012, when she defeated Democrat Matthew Herold with more than 62 percent of the vote.

Waldron serves as minority floor leader for the Republican Caucus and is the party’s highest ranking member in the Assembly. She currently serves on several committees, including the committee on health and the joint committees on the Arts and Rules.

Waldron was unavailable for a phone interview.

In an email, she highlighted the work she’s already done to improve the health care industry, including authoring or supporting legislation to increase Californian’s access to treatment for chronic conditions and clinical trials for underserved communities.

“All Californians should be able to not only have healthcare coverage, but access to quality care,” Waldron said in an email.

Schwartz said she decided to run because she’s dissatisfied with Waldron’s voting record. In particular, the assemblywoman’s votes against legislation designed to protect public safety and provide aide to those struggling during the pandemic.

“If I had been satisfied and felt that we had sufficient representation, I wouldn’t have even considered running,” Schwartz said. “But that isn’t the case.”

The challenger also cited Waldron’s vote against Assembly Bill 860, which authorized sending a mail-in ballot to every registered voter in the state and was signed into law by Gov. Gavin Newsom in June.

Schwartz and supporters of the legislation said it will prevent the general election from becoming a health hazard during the coronavirus pandemic.

Waldron disagreed, and said the law threatens the security and integrity of the election by not providing additional safeguards against voter fraud.

“The bill allows (vote-by-mail) ballots to be accepted up to 17 days after the election. That’s too long,” Waldron said. “Also, it limits where ballots can be dropped off … which disenfranchises voters who prefer to physically vote or hand in their ballots at a polling location.”

Schwartz and Waldron also clashed on Assembly Bill 3088, which extends eviction and mortgage protections during the pandemic.

Waldron did not vote on the bill.

“While I agree with the intent that renters need help during this critical time, the bill was not fully cooked,” Waldron said. “This bill was drafted during the last few days of session and was rushed through the process.”

As a Democrat, Schwartz faces an uphill climb on Nov. 3. Waldron won the March primary by 18 percentage points.

The district, which has historically favored conservative candidates, represents the inland parts of North County and a small piece of Riverside County. It has more than 400,000 residents, many of whom reside in Escondido, San Marcos, Temecula and Fallbrook.

If elected, Schwartz said she would also like to assist the state’s efforts in fighting climate change, providing more affordable housing, tackling the homeless crisis, and bringing pharmaceutical manufacturing to the district and county.

Waldron said she would use her fifth term to help rebuild the economy and ensure the district is represented on issues including, wildfire protections and management, healthcare affordability, housing access and homelessness.

According to the San Diego County Registrar of Voters, 36 percent of the 209,400 registered voters are Republican. About 34 percent are Democrat and nearly a quarter have no party preference.