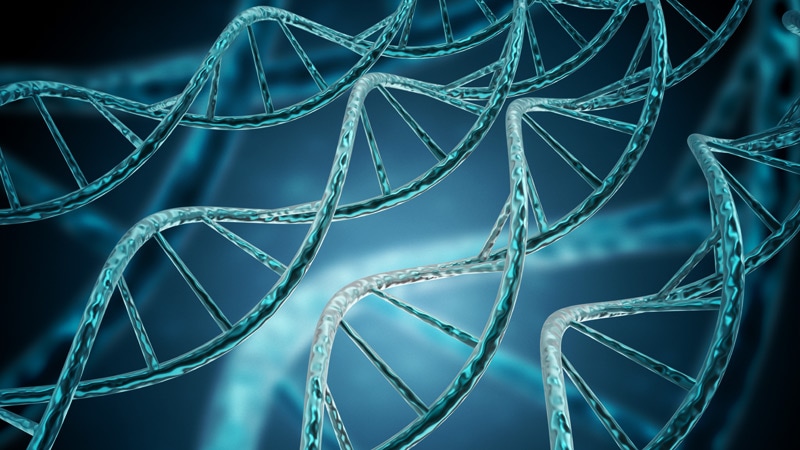 The results, which one expert described as a “game changer” for these patients, were presented at the European Atherosclerosis Society 2020 Virtual Congress on October 5, held online this year because of the COVID-19 pandemic.

The phase 3 ELIPSE trial showed that evinacumab, a human monoclonal antibody inhibitor of angiopoietin-like 3 (ANGPTL3), given intravenously every 4 weeks reduced LDL cholesterol levels in HoFH patients by an average of 47%.

As reported by theheart.org | Medscape Cardiology, the treatment, which was generally well tolerated, was also effective in the approximately one third of patients with minimal residual LDL receptor activity.

Now, Frederick Raal, MD, PhD, the University of the Witwatersrand, Johannesburg, South Africa, presented a post hoc analysis of 10 patients with less than 2% functional LDL receptor activity. These patients experienced an even greater reduction of 72% over placebo.

Raal said that, taken together, the results are “remarkable in these very, very difficult to treat patients,” who have “a very unmet need.” He noted that the drug is “generally well tolerated.”

“Evinacumab may provide an effective treatment option for patients with HoFH who are unable to reach target LDL cholesterol levels despite multiple lipid lowering therapies, with or without apheresis,” Raal concluded.

Anne C. Goldberg, MD, a lipidologist and professor of medicine at Washington University in St. Louis, St. Louis, Missouri, told theheart.org | Medscape Cardiology that HoFH patients with little or no LDL receptor activity, who number in the hundreds around the world, are a “very difficult group to treat because things don’t work.”

She pointed out that over 90% of patients in the trial were aged in their 30s and that the majority of them already had heart disease.

“So if you have something where you could start treating them relatively young and safely, theoretically, you could try to prevent some of these terrible cardiovascular outcomes in this group,” she said.

Goldberg highlighted that a drug such as evinacumab that can lower LDL levels in patients, often “for the first time ever, is quite a game changer.” She said that this was also seen with anti-proprotein convertase subtilisin/kexin type 9 (PCSK9) therapies among patients with HoFH.

She also noted that the safety profile of evinacumab is encouraging.

“There are always going to be people with problems with anything, but there are not a lot of side effects,” she said, underlining that this is not seen “that often.”

Summarizing, Goldberg said that evinacumab “just seems to work, I think pretty nicely,” although she added that it “would be nice if we had a better idea about the mechanism of action, because it’s still a bit unclear how it works.”

Raal explained that HoFH is rare genetic disorder primarily due to mutations in the LDL receptor that result in highly elevated LDL cholesterol levels and that many patients are less responsive or are unresponsive to standard lipid-lowering therapies.

For ELIPSE, 65 patients with HoFH who were aged at least 12 years and whose conditions were stable with maximally tolerated lipid-lowering therapy were randomly assigned in a 2:1 ratio to receive intravenous evinacumab or placebo every 4 weeks for 24 weeks.

The current post hoc analysis included 10 patients from the trial with <2% functional LDL receptor activity, of whom eight were treated with evinacumab and two with placebo.

The average age of the patients was 34 years in the active treatment group and 31 years in the placebo group. Half in both groups were women, and 9 of the 10 patients in the analysis had a history of coronary heart disease.

At 24 weeks, evinacumab was associated with a 53.5%% reduction in LDL cholesterol levels over baseline. The patients who received placebo experienced an 18.8% rise over baseline, yielding a reduction of 72.3% for evinacumab vs placebo (P = .005).

The results demonstrated that the reduction with evinacumab was seen after 4 weeks and was sustained over the 24-week study period.

Four (50%) patients treated with evinacumab experienced at least one treatment-emergent adverse event, compared with two (100%) among those given placebo.

Raal said that the limitations of this study “include the relatively short duration, particularly for conclusions regarding the long-term safety of evinacumab, and the small number of patients, but evinacumab safety is being further assessed in the open-label treatment period of the trial.”

In the post-presentation discussion, he said that, because of its mechanism of action, the researchers had thought evinacumab “would mainly be a drug for reducing high triglyceride levels, and there is a program looking at patients with severe hypertriglyceridemia.”

He noted, however, that “if you have a genetic deficiency of ANGPTL3, everything is low, so you have a low LDL cholesterol, low triglyceride, and a low HDL [high-density lipoprotein cholesterol], and that’s why we used this drug in patients with HoFH.”