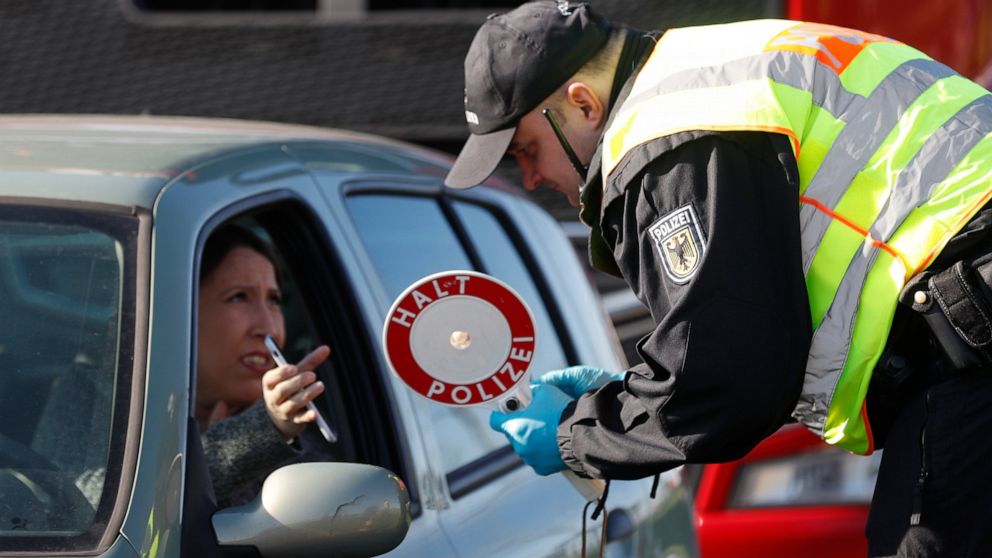 BRUSSELS — European Union countries are getting ready to adopt a common traffic light system to coordinate traveling across the 27-nation bloc, but a return to a full freedom of movement in the midst of the COVID-19 pandemic remains far from reach.

In addition to causing the deaths of at least 151,000 EU citizens and plunging the EU’s economy into recession, the coronavirus has also landed a blow to a cherished cornerstone of EU citizenship, the free movement of people.

When the virus struck in March, several EU countries decided to close their borders to non-citizens without talking to their neighbors, creating huge traffic jams and slowing down the delivery of much-needed medical equipment.

The cacophony, which also played havoc with millions of tourists caught off guard by the virus, prompted the EU’s executive arm to push for a more unified approach. The EU commission last month came up with proposals that have been discussed and amended before their scheduled approval by EU nations on Tuesday.

“This new system will make things easier for citizens. I am glad that we found this solution together,” EU Commission President Ursula von der Leyen said.

The key measure is a common map of infections drawn up by the European Centre for Disease Prevention and Control. It will sort European regions into green, orange and red zones according to the severity of coronavirus outbreaks, taking into account new confirmed cases per 100,000 people and the percentage of positive tests.

Under the latest proposal, red zones should be areas where COVID-19 cases are more than 50 per 100,000 people during a 14-day period and the percentage of positive tests reaches at least 4%. Regions with a lower positive rate but where the total number of cases is more than 150 per 100,000 will also be classified red.

In light of the very high level of infections across the continent, it means that most of the bloc should be classified as red or orange.

The harmonization stops short of providing common rules for the EU’s orange and red zones. Travelers from green areas won’t face limits on their journeys, but national EU governments will continue to set their own restrictions such as quarantines or mandatory testing upon arrival for people coming from orange or red zones.

The commission has recommended mandatory testing for travelers from the most dangerous zones but can’t impose such a measure because health and border issues remain the prerogative of national governments. The goal was to create a way for EU states not to close their borders to one another.

EU countries have yet to come up with a unified length of self-isolation following an exposure to the virus, but they did agree to mutually recognize test results in all members. They will also to develop a harmonised passenger locator form for all means of transport.

According to the commission, a list of essential travelers allowed to move freely across the bloc will also be devised during Tuesday’s meeting and cross-border workers should be unaffected by the restrictions.