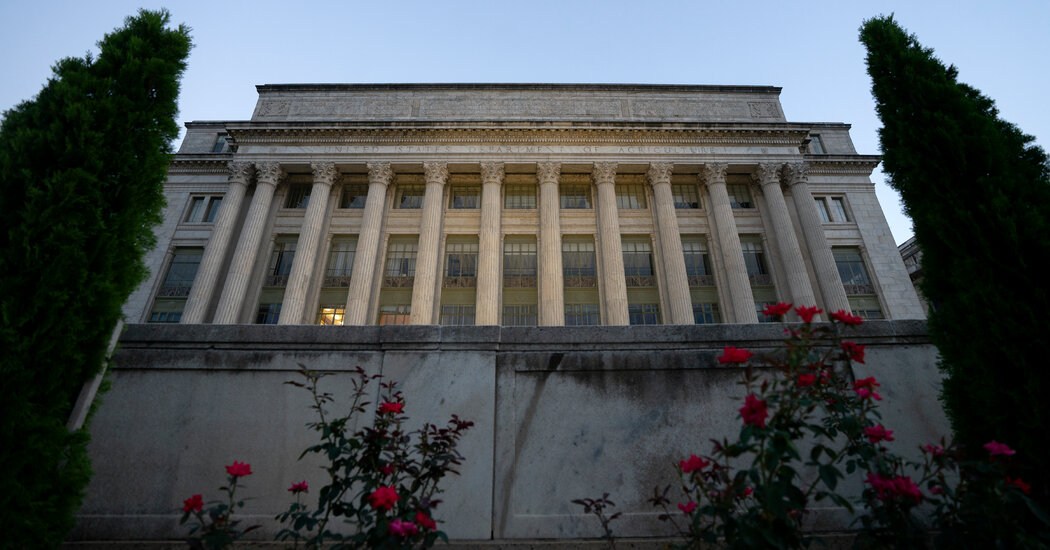 Several food-safety and health advocates who have been participating in the antimicrobial task force over the past four years said the agency had never directly solicited their input, nor given them the chance to modify the government’s official position. They also noted that Washington’s efforts to keep antifungal drugs out of the task force’s documents stand in contrast to federal policies aimed at monitoring the potential impacts those drugs have on human health.

“What the U.S. essentially wants is weak international standards because that makes it easier for American companies to export these pesticides,” said Steven Roach, a senior analyst for Keep Antibiotics Working, a coalition of consumer and environmental groups seeking to combat the inappropriate use of antimicrobial drugs in the food supply. “It’s bad for the world, but it’s bad for the U.S. because so much of our food comes from overseas.”

In its statement, the agriculture department said, “The United States supports improved AMR monitoring and surveillance programs both in the United States and in other countries, consistent with public health priorities.”

Health officials in the United States have long acknowledged the dangers of overusing antimicrobials in agriculture. At least 80 percent of all medically important antibiotics sold in the United States end up in pig feed or sprayed on orange groves, and scientists worry that the prodigious use of such drugs can encourage dangerous pathogens to mutate and survive. Drug-resistant infections kill more than 35,000 Americans each year and sicken nearly three million, according to the Centers for Disease Control and Infection. With few new medicines in the pipeline, the United Nations says resistant infections could claim 10 million lives a year globally by 2050, exceeding deaths from cancer.

Although the research on agricultural fungicides is less extensive than the study of antibiotics, scientists say the same dynamic is already playing out with the antifungal compounds that are sprayed on vegetables and flowers. Researchers believe the surge in a drug-resistant lung infection called aspergillosis is associated with the pesticides, and many suspect they are behind the rise of Candida auris, a deadly fungal infection.

President Trump has made his disdain for environmental and food-safety regulations a key part of his administration. He has reversed or revoked more than 70 rules on clean air, water and toxic chemicals, and set in motion Washington’s withdrawal from the World Health Organization and the Paris Agreement on climate change.

Other actions have received less public notice, including a decision to change the way the United States participates in the Codex Alimentarius Commission, or Codex, a joint project of the W.H.O. and U.N. Food and Agriculture Organization that sets food-safety and quality standards critical for resolving trade disputes.