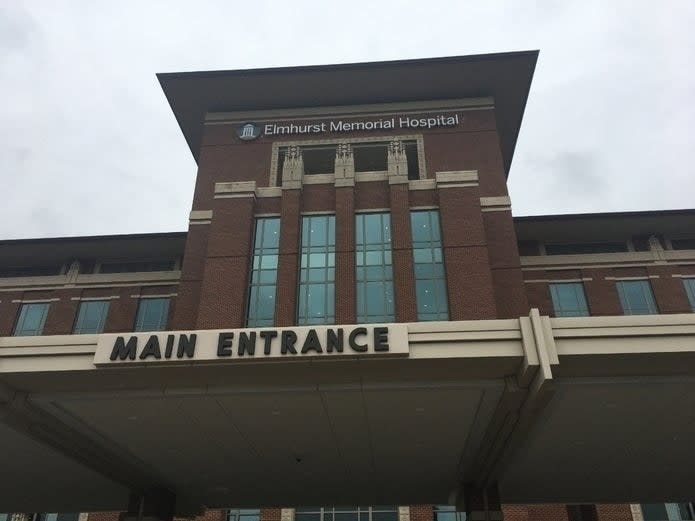 ELMHURST, IL — Elmhurst saw 46 new coronavirus cases in the last week, up 6 percent from a week before, according to the DuPage County Health Department. The total as of Sunday was 799. That’s up by 61 percent since late July.

As of Sunday, Elmhurst had seen 46 coronavirus-related deaths so far, according to the health department. That number has not gone up in weeks.

Nursing homes are often hotbeds for the coronavirus, but those numbers have barely budged in recent week. In Elmhurst, The Grove of Elmhurst reported 98 cases as of Friday, according to the state Department of Public Health. It was followed by 44 at Artis Senior Living and 20 at Lexington of Elmhurst. The total coronavirus deaths are 20 at Artis, 5 at The Grove and 13 at Lexington. Artis’ outbreak was early in the crisis and the home has seen hardly any effects in months, according to Artis.

The case numbers at nursing homes include employees, who may live elsewhere and thus excluded from Elmhurst’s overall number.

In DuPage County, Addison has the highest number of cases with 1,204, which works out to 33 per thousand. It is followed by West Chicago, with 1,123 cases, or 41.9 per thousand. Despite the high caseloads, both towns have seen relatively few deaths — 10 in Addison and 13 in West Chicago.

As of Sunday, Elmhurst had 17.1 coronavirus cases per thousand people. The figure compares to 13.8 in Darien, 14 in La Grange Park, 16.3 in Western Springs, 17.9 in Clarendon Hills and DuPage County, 21.1 in Hinsdale, 23 in suburban Cook County, 23.7 in Burr Ridge and 23.8 in La Grange (including unincorporated La Grange Highlands).

As of Sunday, Illinois’ coronavirus case count increased to 274,258, up 5 percent from a week earlier. The coronavirus has claimed the lives of 8,450 state residents.

Nationally, 6.7 million people have caught the virus, up 3 percent from the week before. A total of 198,754 people have died from the virus in the United States.

IL Tops 270K Coronavirus Cases, 24 Counties At ‘Warning Level’— Don’t miss updates in Elmhurst as they are announced — Sign up for Patch news alerts and newsletters.

Meanwhile, Elmhurst Hospital’s coronavirus caseload was four as of Monday, the same as a week ago. In the early weeks of the pandemic, the number hovered around 60.

The number of deaths from the coronavirus at the hospital remains at 88.

Since March 24, 546 patients have been discharged from Elmhurst Hospital following treatment for confirmed cases of COVID-19, according to the hospital. Elmhurst Hospital’s patient base covers an area far greater than Elmhurst itself.

This article originally appeared on the Elmhurst Patch