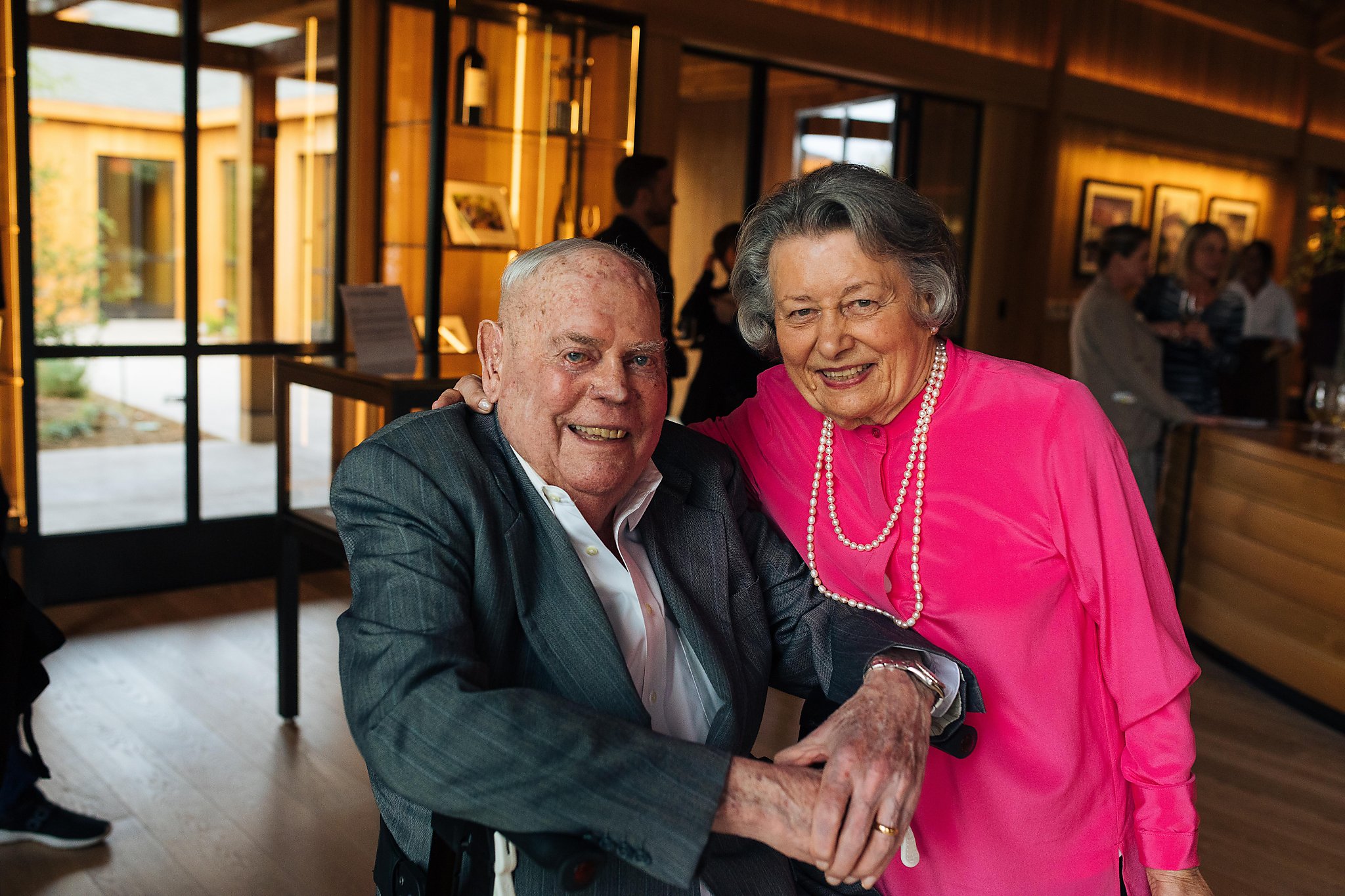 Dolores Cakebread, the co-founder of Cakebread Cellars and one of the matriarchs of Napa Valley’s modern wine industry, died on Oct. 2 of natural causes. She was 90.

With her husband Jack, Cakebread established one of California’s most recognizable wine brands, which helped define the popularity of American Chardonnay in the 1980s. But Cakebread always believed that wine was best understood in the context of good food and warm hospitality. Through her culinary workshops, masterful gardening and health-focused cookbook, she helped establish Napa Valley as not only a destination for wine tasting but also for experiencing its unique lifestyle.

“She always had a smile on her face and was always full of energy,” said her son Dennis Cakebread. “I know she was grateful for the life she lived.”

Dolores Cakebread grew up in Oakland and met her future husband, Jack, while they were both students at Fremont High School. They married in 1950 and soon afterward he enlisted in the Air Force. After a series of moves around the country, they resettled in Oakland, and the couple both worked at the family auto repair shop, Cakebread’s Garage.

Jack was also a photographer and had an assignment or the book “Treasury of American Wines” by Nathan Chroman. In 1972, while on a photography trip in Napa Valley, the couple stopped by the home of a former neighbor who had retired to Rutherford. They were charmed by Napa Valley and wanted to be a part of it. Jack was telling his neighbors about the Napa vintners he’d photographed — Robert Mondavi, Louis Martini, Joe Heitz — according to Dennis.

Before long, the Cakebreads had convinced the former neighbors to sell them their 22-acre Rutherford ranch. The following year they made their first wine, a Chardonnay.

In the early years of Cakebread Cellars, the family lived in Oakland and commuted to their ranch on the weekends. But as their Chardonnay, Sauvignon Blanc and Cabernet Sauvignon wines began to gain a following, the business grew substantially. Cakebread Cellars now owns more than 1,000 acres in Napa Valley.

His mother and father played equal roles in getting the business off the ground, said son Dennis Cakebread. But Dolores Cakebread, a passionate cook, ensured that eating well would be a foundational part of the winery’s identity. She planted extensive fruit and vegetable gardens around the Rutherford ranch, and what began as casual lunches for visitors evolved into a dedicated culinary program.

Like her contemporary Margrit Mondavi, Cakebread understood the importance of tourism and hospitality to Napa Valley’s potential success. The winery became known among tourists for its wine and food pairings, and helped define a style of Napa Valley cuisine as driven by fresh, local produce. Her focus was always on healthy eating.

In 1987, Cakebread established the American Harvest Workshop, a four-day “boot camp” with chefs. She and her husband published “The Cakebread Cellars Napa Valley Cookbook” in 2003.

She was active in many Bay Area food and gardening groups, including serving as the president of the San Francisco Chapter of Les Dames d’Escoffier and a member of the International Association of Culinary Professionals.

Shortly before her death, Cakebread had traveled to visit her eldest son in Wyoming to escape the smoky air in Napa Valley. “I talked to her the day before she died,” Dennis Cakebread said, adding that she seemed her usual, energetic self. She died peacefully in her sleep the next night. “It was a gentle way to go,” he said. She had recently celebrated her 90th birthday and her 70th wedding anniversary.

Cakebread is survived by her husband, Jack; sons Steve, Dennis and Bruce; four grandchildren; a greatgrandchild; and her sister, Shirley Ann. A memorial service will be held at a later date, due to COVID-19 safety concerns. In lieu of flowers, the family suggests a donation to the Napa Valley Community Foundation.