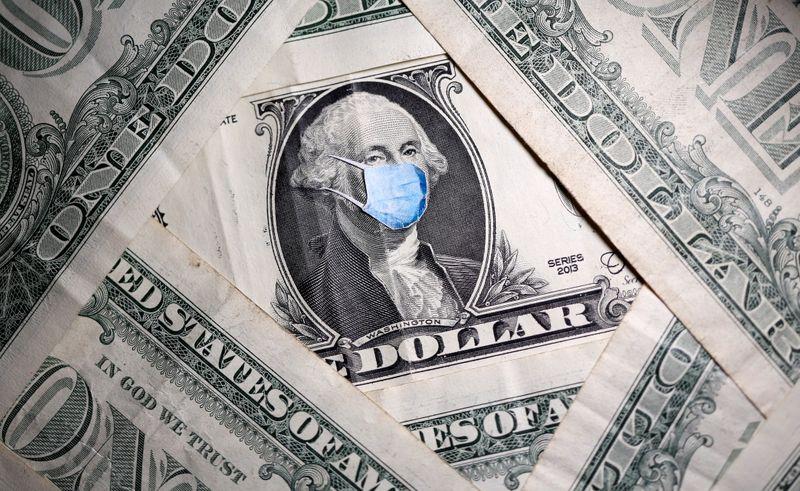 TOKYO (Reuters) – The dollar clung to familiar ranges on Monday as financial markets awaited news on the health of U.S. President Donald Trump, who last week tested positive for the coronavirus, sending investors into safe-haven assets.

Risk-sensitive markets such as stocks rallied in early Asian trade after Trump made a surprise appearance outside his hospital with an impromptu motorcade.

But with Trump’s medical status still unclear, the dollar index remained little changed against a basket of six major currencies, last sitting at 93.738.

“With not a lot of major economic indicators released this week, the focus all comes down to Trump’s illness,” said Daisuke Uno, chief strategist at Sumitomo Mitsui Bank.

“There is a welter of information about the severity of his condition, and that is making it difficult for market participants to make a move,” Uno said.

Trump was flown to hospital for treatment for the coronavirus on Friday, just weeks before the Nov. 3 election, adding another layer of uncertainty and market volatility.

The president’s medical team on Sunday said his condition was improving and that he could be discharged from hospital as soon as Monday.

But other doctors not involved in treating the president said his case could be severe, based on the information they have seen at public briefings.

“Things are completely unforeseeable now, with questions such as whether Trump will become less aggressive after his recovery… and if his supporters will find that appealing,” said Rikiya Takebe, senior strategist at Okasan Online Securities.

“There is also a question of whether his recovery will garner more sympathy votes,” said Takebe.

The dollar rose 0.23% against the safe-haven Japanese yen to 105.545, after its sharpest fall in more than a month on Friday.

However, the greenback edged lower against the Swiss franc, fetching 0.91700, near a one-week low of 0.9163 it marked on Wednesday.

Some market participants said the franc’s rise against the yen was also partly caused by news of Japanese NEC Corp’s $2.2 billion acquisition of Swiss software company Avaloq Group AG. The Swiss franc climbed more than 0.5% against the yen to 115.04, hitting a level not seen since mid-September.

Meanwhile, sterling investors awaited cues from the final round of Brexit trade negotiations as the end-December expiration of the current transition period approaches.

Johnson said on Sunday while he does not want the transition period to end without a new trade deal, he believes that Britain could live with such an outcome.

Investors also await the U.S. Vice Presidential debate on Wednesday and several central bank events, which could offer clues about the health of the global economy.

The Reserve Bank of Australia holds its policy meeting on Tuesday while the Federal Reserve and the European Central Bank release minutes from their respective September meetings.