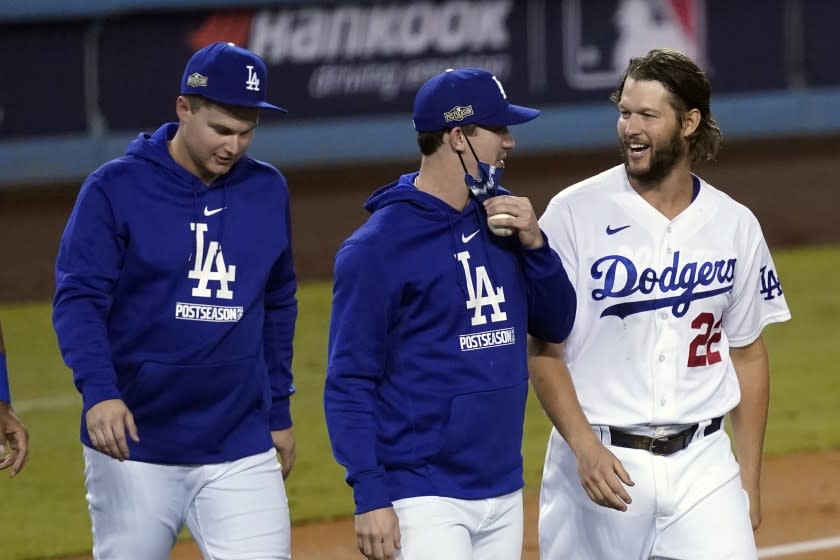 As the commissioner’s office and the players’ union negotiated over the terms of a 2020 season, the players pushed for a longer season, and playoffs extended into November. The owners were resolute: no way, because a potential second wave of the coronavirus compelled MLB to expedite the conclusion of the postseason.

So why, after winning their first-round series Thursday, do the Dodgers have four days off before starting the second round?

The players already have been in a postseason bubble for a week — confined to hotels, except for trips to the ballpark — and testing already takes place daily. The Dodgers’ off days, then, do not result from the health and safety protocols and they traveled Sunday to Arlington, Texas.

The cushion was built into the schedule to account for potential inclement weather. The Dodgers swept their best-of-three series, but the National League wild card series between the Chicago Cubs and Miami Marlins could have extended into Saturday because of a rainout Thursday. The Marlins, however, completed their sweep Friday.

Jack Flaherty of the St. Louis Cardinals, Lucas Giolito of the Chicago White Sox and Max Fried of the Braves were teammates at the Studio City prep school. Giolito and Fried were seniors and first-round draft picks that June. Flaherty was a first-round pick two years later.

That’s two runs and 14 hits in 20 innings for a 0.90 earned-run average with 21 strikeouts and three walks. Only Fried, however, will move on.

Three first-round picks are a Harvard-Westlake highlight to be sure, but not the only one. Wolverines outfielder Pete Crow-Armstrong was the 19th overall pick to the New York Mets this summer.