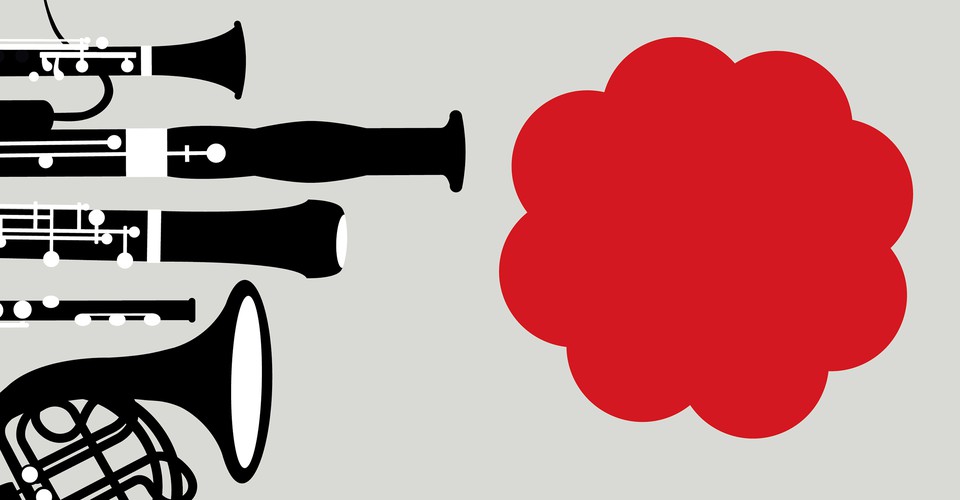 As with pretty much every other activity right now, having the quintet gather outdoors is a great idea. If any neighbors complain, explain that the backyard practices are part of a global effort to keep them from dying. If anyone happens to be infected, any virus that emanates in the heat of performance will likely fade into the sky and disperse like the music itself. Indoors, as any parent of a child who’s learning an instrument knows, everything is trapped and can echo around the room indefinitely.

Read: When will it be safe of to sing together?

Some instruments do seem to pose more risk than others. Obviously, string instruments can be played without even opening your mouth, but it sounds like your daughter’s quintet is too far along to take kindly to a suggestion that they all learn new instruments. Because the virus is sent into the air by talking, coughing, and singing—any forcible exhalation of air through the pharynx—playing a woodwind or brass instrument would logically pose a risk. These instruments are effectively designed to amplify what’s coming out of our mouths and to carry the sound. A 2011 study of vuvuzelas (the long, straight plastic horns that people blow at soccer games) found that their capacity for spreading infections could be tremendous. Compared with shouting, blowing through the horn sent several hundred times more particles into the air.

Thankfully for everyone, kids don’t train for vuvuzela quintets. Woodwind and brass instruments send air through a maze of twists and turns, and buttons create turbulent airflow patterns that don’t simply shoot everything out in a piercing plume. Breathing into a convoluted contraption such as a saxophone or a tuba, then, actually serves as a sort of filter that collects the larger droplets you might be spewing out. This is familiar to anyone who has emptied a spit valve and seen what pours out.

The real question is the potential danger of smaller, aerosolized particles that can blast out of an instrument and linger in the air. In May, the Vienna Philharmonic reported that it had conducted a study of the aerosols from various instruments. Researchers hooked tubes up to musicians’ noses, and as they played, they inhaled an aerosolized salt solution that could be visualized when it was exhaled. The researchers mapped the clouds of air around musicians while they were playing and reported that none of the instruments sent respiratory droplets beyond the commonly recommended radius of six feet. In most cases, no significant amount of the aerosolized salt particles were detectable coming out the end of the wind and brass instruments. Flutes were the worst offender, passing a “large amount” of aerosol in a cloud covering two and a half feet.

In July, another study in Germany offered findings and hope similar to those from Vienna. But neither study measured actual coronavirus particles, and the overall evidence is still thin. Doctors at the University of Iowa have expressed concern about the rigor of both findings, given that they weren’t peer-reviewed, and raised additional variables that the research failed to take into consideration: “Wind players buzz on their mouthpieces, blow out tone holes, blow out spit valves, clean their instruments with swabs and feathers, and might have leaking embouchures or nasal emissions during playing,” they wrote. “How to mitigate these risks is not yet known.”