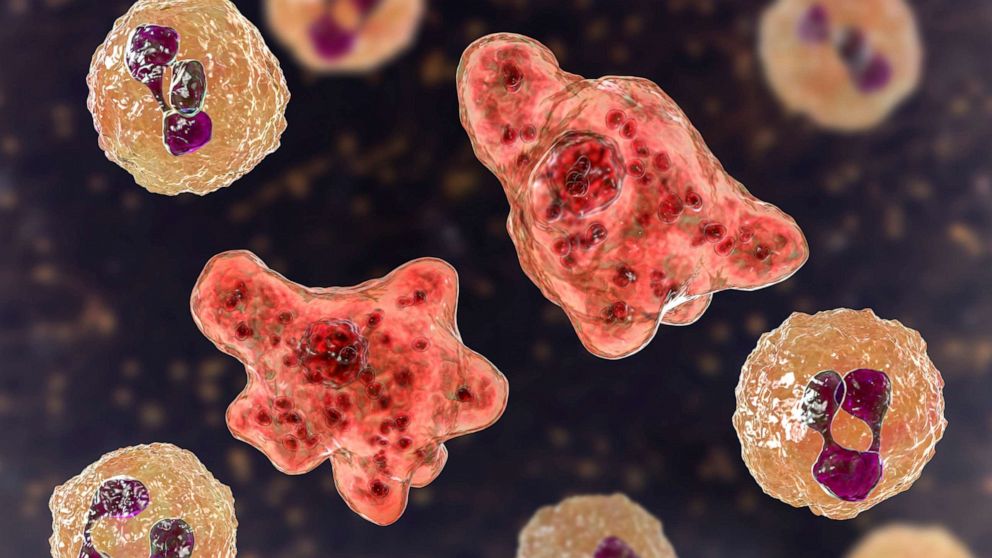 Naegleria is a parasite that usually infects swimmers in lakes and rivers.

Authorities said the Texas Commission on Environmental Quality was working alongside officials with the city of Lake Jackson, the Texas Division of Emergency Management, the Texas Department of State Health Services, the Centers for Disease Control, and the Environmental Protection Agency to resolve the issue.

Texas authorities initially alerted residents to the threat by sending an urgent message about brain-eating amoeba found in the southeast county’s water’ supply.

A “Do Not Use” water advisory was issued for Lake Jackson, Freeport, Angleton, Brazoria, Richwood, Oyster Creek, Clute, Rosenberg, Dow Chemical, TDCJ Clemens & TDCJ Wayne Scott, according to a social media post from the commission.

The Texas Commission on Environmental Quality subsequently lifted the “Do Not Use” advisory for all areas except Lake Jackson.

“After extensive conversations with the Texas Commission on Environmental Quality as well as ensuring that Brazosport Water Authority has an adequate disinfectant residual, a determination has been made that there is no safety issue for BWA’s distribution system,” according to a statement from TCEQ on Saturday.

“Lake Jackson residents are still urged to follow the Do not Use Water Advisory until the water system has been adequately flushed and samples indicate that the water is safe to use. It is not known at this time how long this make take,” the statement continued.

TCEQ advised residents who remain under the advisory not to drink or bathe in tap water, although flushing toilets is OK.

“The state of Texas is taking swift action to respond to the situation and support the communities whose water systems have been impacted by this amoeba,” Abbott said. “I urge Texans in Lake Jackson to follow the guidance of local officials and take the appropriate precautions to protect their health and safety as we work to restore safe tap water in the community.”

Naegleria folweri is a parasite that typically infects people swimming in lakes and rivers, travelling through the nose and into the brain, according to ABC News medical contributor, Dr. Laith Alexander.

“It travels up the nose and through the cribriform plate – a little sieve separating the nasal cavity and the brain,” Dr. Ellerin said. “When it reaches the brain, it causes Primary Amoebic Meningoencephalitis, or PAM for short, with seizures, headaches, personality changes and confusion. Most people with PAM have died – and unfortunately two-thirds of the cases are in otherwise healthy children.”

According to the Centers for Disease Control and Prevention: “In very rare instances, Naegleria infections may also occur when contaminated water from other sources (such as inadequately chlorinated swimming pool water or heated and contaminated tap water) enters the nose. You cannot get infected from swallowing water contaminated with Naegleria.”

The Brazosport water system had seven violations from TCEQ in 2014 and 2015 related to monitoring, one violation in 2003 for a concentration of disinfectant, according to ABC News Houston affiliate KTRK. All violations were resolved and the water system has received several awards since from TCEQ for innovation, operations, compliance and more.