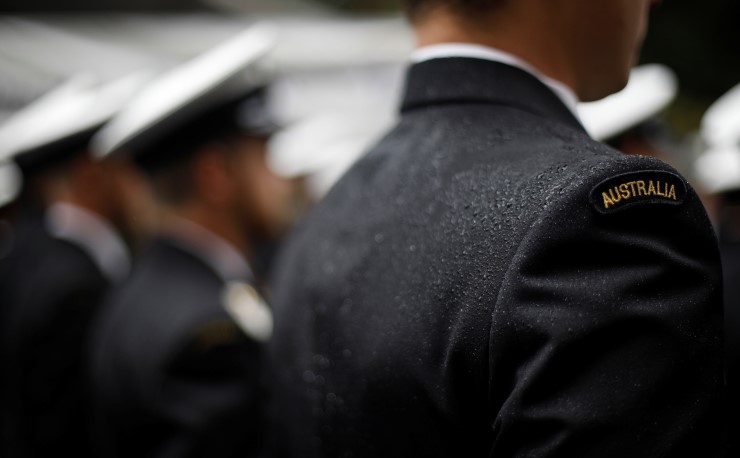 The Department of Veterans’ Affairs has moved from a strategy of ‘illness’ to one of ‘wellness’. Is it putting messaging ahead of the mental health of veterans?

This is part three in a series. Read parts one and two here.

The closure of the Centenary of Anzac Centre in Melbourne on June 30 reneged on a 2016 coalition election commitment touted as one of the most “significant investments” into the research of military-related PTSD in Australia.

That followed the closure of the Centre for Traumatic Stress Studies (CTSS) at Adelaide University at the end of 2019. CTSS had just finished research that showed 21.7% of vets discharged from 2010 to 2014 experienced suicidal ideation, plans or attempts in the previous 12 months; 46.6% were estimated to have had a mental disorder in the same period and nearly 10% bipolar disorder; 24.9% were estimated to have met the criteria for PTSD in their lifetime.

The CTSS research found psychological distress was driving soldiers out of the military. It points to Australian veterans having the highest rates of mental illness in the world, according to Crikey’s knowledge of the published research.

Yet CTSS found itself unable to operate after funding from DVA and the Australian Defence Force, its two biggest financial backers, ran out.

CTSS was at the time led by Professor Alexander McFarlane, a world authority on trauma in soldiers and veterans. It had nearly 20 of its experts work on the project over several years, aided by some of the brightest minds in the country.

At the same time as DVA halts globally-renowned Australian research, it has shifted its approach to veteran’s mental health from what it calls an “illness” model to a “wellness” one. In the words of its Strategy and National Action Plan for 2020-23, it aims to “drive a series of changes to enable a shift from an illness focus to a wellness focus”.

For someone who has lived with PTSD, the shift from “illness” to “wellness” is Orwellian in its doublespeak — something you might find in the satirical television series The Hollowmen, about Canberra bureaucrats. It might make for a nice PowerPoint presentation, but people with mental illness can’t just flick a switch and focus on wellness.

The new “action plan” pays welcome attention to veteran housing, employment, education and skills, but it barely acknowledges the horrifying mental health crisis and what is being done about it.

Crikey asked DVA what had been done to address key issues raised in the CTSS research. How would suicidal vets and those with bipolar disorder be treated? Why were there no recommendations in the CTSS’ final report, parked quietly on the DVA website in early August? Who would replace CTSS and who would monitor the mental health of our veterans?

In an email response, a DVA spokesperson simply ignored the questions.

So what of the second research centre, the Centenary of Anzac Centre?

When establishing the centre three years ago, then-minister of veterans’ affairs Dan Tehan said its “pioneering research” would improve the lives of veterans and their families. The centre was set up within the Phoenix Australia Centre for Posttraumatic Mental Health under a three-year, $6 million grant. Phoenix Australia is an independent not-for-profit organisation affiliated with Melbourne University.

Yet with the centre’s closure in June, a DVA spokesperson now said it was “just one way” the government invested in “understanding and treating veterans’ health”.

But here’s the problem: the effectiveness of evidence-based treatments for military populations has long been questioned and is far from clear-cut. There is still work to be done.

New guidelines published by Phoenix Australia in July this year noted there had been little difference in outcomes in recent randomised clinical trials with soldiers and veterans between gold-standard treatments for PTSD — cognitive processing therapy (CPT), prolonged exposure (PE), and eye movement desensitisation and reprocessing (EMDR) — and non-trauma focussed treatments such as transcendental meditation.

In a paper published in July 2017 in Australasian Psychiatry, McFarlane and Professor Richard Bryant, another PTSD expert, said two thirds of patients in military populations who had received CPT after prolonged exposure still had enough symptoms for a PTSD diagnosis at the end of care.

In contrast to depression, where there had been recent innovations predicting treatment outcome, there was a “poverty of such research” in PTSD, they wrote.

Both McFarlane and Bryant were on the expert council of the Centenary of Anzac Centre.

So why has the government put a stop to the critical research needed to fill the gaps on understanding and finding new ways to treat PTSD and other mental illnesses in soldiers and veterans?

I tried to get some of Australia’s top PTSD experts to comment, but they either won’t talk to Crikey or declined to comment.

So this is my conclusion: the Morrison government has turned its back on independent scientific rigour because it wants to control the message.

Our soldiers and veterans are suffering the consequences.

Dean Yates was a journalist with Reuters, the world’s largest news provider, for 26 years until early 2020.

Save 50% on a year of Crikey and The Atlantic.

The US election is in a little over a month. It seems that there’s a ridiculous twist in the story, almost every day.

Luckily for new Crikey subscribers, we’ve teamed up with one of America’s best publications, The Atlantic for the election race. Subscribe now to make sense of it all, and you’ll get a year of Crikey (usually $199) and a year’s digital subscription to The Atlantic (usually $70AUD), BOTH for just $129.