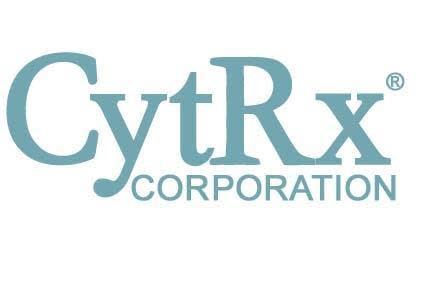 Three Trial Sites in California and South Dakota Will Initially Enroll 298 Patients Across the Cohorts, With 40 Patients Already Enrolled or Being Evaluated

CytRx Corporation (OTCQB:CYTR) (“CytRx” or the “Company”), a specialized biopharmaceutical company focused on research and development for the oncology and neurodegenerative disease categories, today highlighted that ImmunityBio, Inc. and NantKwest, Inc. (collectively, the “Companies”) have announced the addition of a third cohort to their ongoing Phase 2 study of a novel combination immunotherapy – which includes CytRx’s licensed drug aldoxorubicin – for locally advanced or metastatic pancreatic cancer (QUILT-88). According to the Companies, the third cohort will enable pancreatic cancer patients who have failed all approved standards of care to participate in the study.

As previously noted in CytRx’s October 7, 2020 press release regarding the reportedly promising treatment delivered to former Senator Harry Reid for his stage IV pancreatic cancer, this randomized, open-label study is evaluating the safety and efficacy of a combination immunotherapy that includes aldoxorubicin, ImmunityBio’s IL-15 superagonist Anktiva (N-803), NantKwest’s PD-L1 t-haNK, and standard of care. The study results will be compared to standard of care chemotherapy for first- and second-line treatment. However, the third-line cohort is a single arm with no comparator. Each cohort will be evaluated independently to provide more precise comparative data for each disease stage.

There are presently three trial sites activated: Hoag Memorial Hospital Presbyterian in Orange County, Calif., The Chan Soon-Shiong Institute for Medicine in Los Angeles County, Calif., and Avera McKennan Hospital and University Health Center in Sioux Falls, South Dakota. The latter site will serve patients in the tri-state area (Iowa, Nebraska and South Dakota). Forty patients are currently enrolled in or being evaluated for the trial.

The Companies’ combination immunotherapy is designed to harness the body’s immune system to target, kill, and “remember” cancer cells. The agents being assessed in the study are designed to find pancreatic cancer cells and initiate a large immune response against them, which may allow the body to develop its own antibodies to fight the cancer.

Each treatment setting, as well as each first- and second-line or later maintenance treatment, will be evaluated independently as Cohort A, Cohort B, and Cohort C, respectively, with Cohorts A and B having independent experimental and control arms. The study will initially enroll 298 subjects across all three cohorts. The primary objective of Cohorts A and B is progression-free survival (PFS) and the objective of Cohort C is overall survival (OS) per RECIST V1.1. Secondary objectives include initial safety and additional efficacy measures, including overall response rate (ORR), complete response (CR) rate, durability of response (DoR), disease control rate (DCR), and overall survival (OS).

“Pancreatic cancer is the fourth leading cause of cancer-related deaths in the United States and requires significant advancements in treatment to improve outcomes for patients,” said Steven A. Kriegsman, CytRx’s Chairman and Chief Executive Officer. “We commend the Companies for adding a third cohort and expanding this Phase 2 study of their combination immunotherapy that includes aldoxorubicin. We are encouraged that aldoxorubicin continues to play a role in their mission to recruit and amplify the power of the human body’s own immune system to target and destroy even the most difficult cancer cells.”

CytRx out-licensed global development, manufacturing and commercialization rights for aldoxorubicin to ImmunityBio in 2017. The Company has an agreement with ImmunityBio that can yield up to $343 million in potential milestone payments as well as prospective royalties on sales of aldoxorubicin.

Pancreatic cancer kills an estimated 47,000 people annually; it is the fourth leading cause of cancer-related death in the U.S., and 57,600 new cases are expected in 2020. Less than 5% of these patients will live for more than five years after diagnosis, and the median survival prognosis is 5 to 8 months. Pancreatic cancer is a disease in which malignant (cancerous) cells form in the tissues of the pancreas. The pancreas is a gland located behind the stomach and in front of the spine. The most common type of pancreatic cancer, adenocarcinoma of the pancreas, starts when exocrine cells in the pancreas start to grow out of control. Most of the pancreas is made up of exocrine cells which form the exocrine glands and ducts. The exocrine glands make pancreatic enzymes that are released into the intestines to help you digest foods (especially fats). The enzymes are released into tiny tubes called ducts which eventually empty into the pancreatic duct. The pancreatic duct merges with the common bile duct (the duct that carries bile from the liver), and empties into the duodenum (the first part of the small intestine) at the ampulla of Vater. Endocrine cells make up a smaller percentage of the cells in the pancreas. These cells make important hormones like insulin and glucagon (which help control blood sugar levels) and release them directly into the blood. Pancreatic neuroendocrine tumors start in the endocrine cells.

ImmunityBio is a privately held immunotherapy company with a broad portfolio of biological molecules at clinical stages of development. ImmunityBio’s goals are to employ this portfolio to activate endogenous Natural Killer (NK) and CD8+ T cells in the fields of cancer and infectious disease. Specifically, in regards to cancer, ImmunityBio’s goal is to develop a memory T-cell cancer vaccine to combat multiple tumor types—without the use of high-dose chemotherapy. Regarding infectious disease, ImmunityBio is addressing HIV, influenza, and the coronavirus SARS-CoV-2.