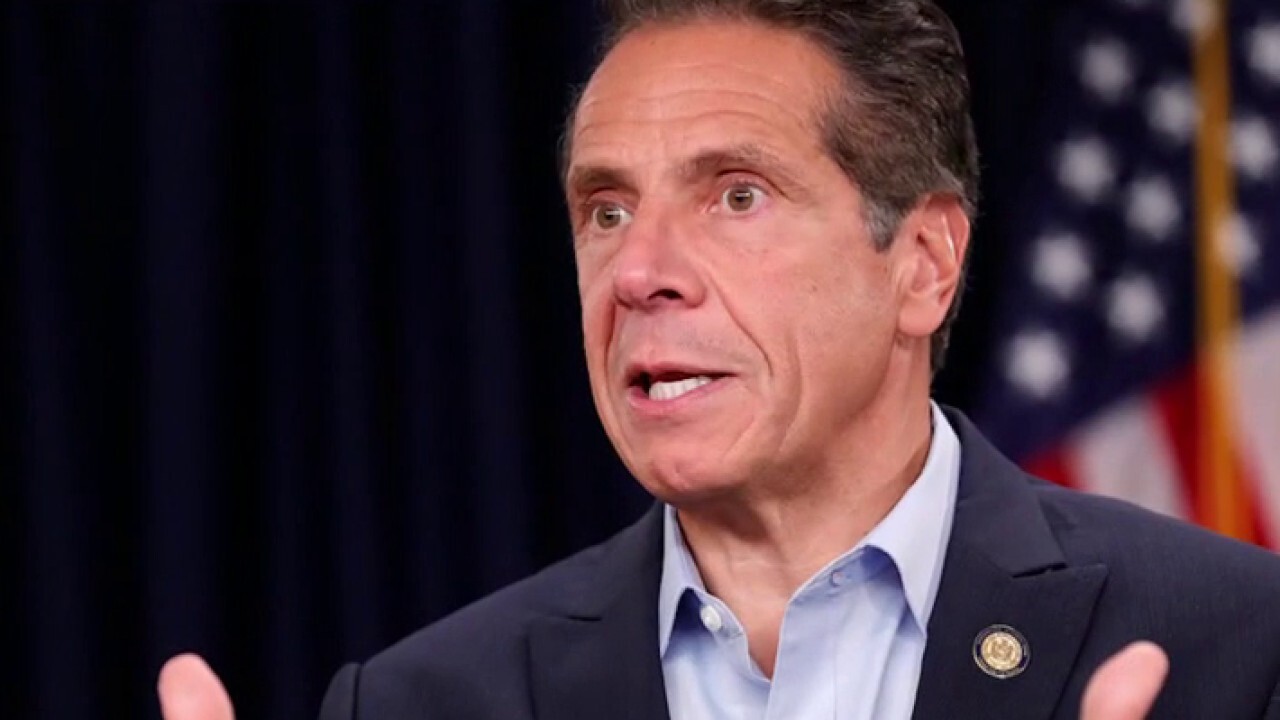 New York Gov. Andrew Cuomo says New York will “review” a potential COVID-19 vaccine over fears of a politicized process — despite a number of assurances from the nation’s top health officials.

“New York state will have its own review when the federal government has finished with their review and says it’s safe,” he said, announcing a panel headed by the state’s Department of Health. “We’re going to put together a group for them to review the vaccine so I can look at the camera and I can say to New Yorkers that it’s safe to take — I want to make sure we know it’s safe to take.”

It is unclear how long such a process would take, but The New York Times reports that it could theoretically lead to a delay in distribution in the state.

Cuomo is tapping into recent fears by a number of top Democrats that President Trump or members of his administration will seek to politicize the vaccine, possibly by rushing it out of the door to get it distributed before Nov. 3.

They are fears that have been echoed by both Democratic presidential nominee Joe Biden and his running mate Kamala Harris.

“We can’t allow politics to interfere with the vaccine in any way,” Biden said last week. “Americans have had to endure President Trump’s incompetence and dishonesty when it comes to testing and personal protective equipment. We can’t afford to repeat those fiascos when it comes to a vaccine, when it occurs. The stakes are too high.”

Harris has predicted that public health experts will “be muzzled, they’ll be suppressed, they will be sidelined, because he’s looking at an election coming up in less than 60 days, and he’s grasping for whatever he can get to pretend that he’s been a leader on this issue when he’s not.”

When asked whether she would get a hypothetical pre-election vaccine, she said: “Well, I think that’s going to be an issue for all of us. I will say that I would not trust Donald Trump and it would have to a credible source of information that talks about the efficacy and reliability of whatever he is talking about, I will not take his word for it.”

Officials have pushed back furiously against the idea that politics could undermine the safety of a vaccine, as they have sought to assure the public about a vaccine despite the fears being voiced by top Democrats.

On Wednesday, Food and Drug Administration (FDA) Commissioner Stephen Hahn said the agency “will not authorize or approve a vaccine that we would not feel comfortable giving to our families.”

“FDA will not permit any pressure from anyone to change that,” he said.

Dr. Anthony Fauci, the top disease specialist in the country, said earlier this month that he was “not concerned about political pressure.” On Fox News’ “Daily Briefing,” he said that he would not be “muzzled” and noted that trials have been put on hold when there was an adverse event.

“The process that’s going on in trying to prove the safety and the efficacy of a number of vaccines is a sound process,” he said. “I have faith in it, there are outside boards, data and safety monitoring boards, there are committees that advise the FDA about this, so I have confidence that things are going to be done in a scientifically sound manner.”

National Institutes of Health Director Francis Collins, on MSNBC earlier this month, assured viewers that there would not be “shortcuts” in safety and efficacy assessments and that “there are multiple different layers of oversight of this to make sure that nothing gets pushed through unless it meets the highest standards, probably the highest standards that ever have been applied for a vaccine are going to be applied in this situation.”

But Democrats aren’t the only ones to be warning about the politicization of the vaccine process.

Trump hinted on Wednesday that he believes that the process is being politicized in a different direction when asked about reports that the FDA is considering stricter guidelines for emergency authorization of the virus.

“Well, I’ll tell you what, we’re looking at that, and that has to be approved by the White House. We may or may not approve it. That sounds like a political move,” he said.