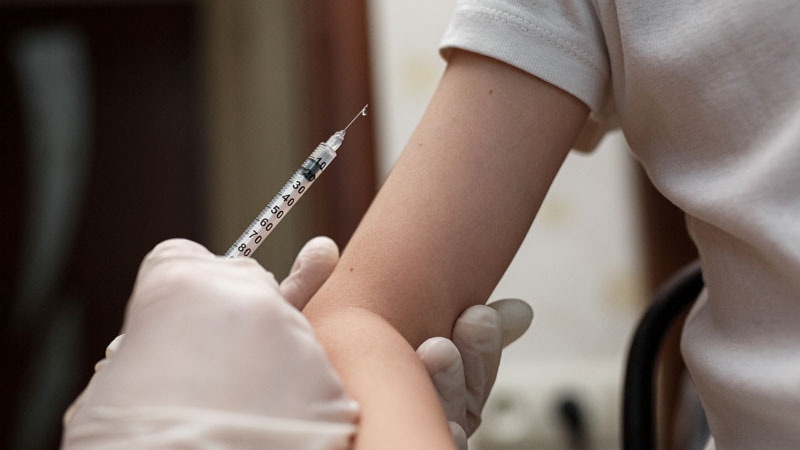 “I worry that vaccines are going to be sold like magic powder that we sprinkle across the land and make the virus go away,” Paul Offit, MD, said at the virtual American Academy of Pediatrics (AAP) 2020 National Conference. “That’s not true.”

Even after effective vaccines for SARS-CoV-2 are in widespread use, wearing masks will still be advisable to prevent COVID-19, according to Offit, director of the Vaccine Education Center and an attending physician in the Division of Infectious Diseases at Children’s Hospital of Philadelphia.

“I think we can get a vaccine that’s 75% to 80% effective at preventing mild to moderate disease, but that means 1 of every 4 people can still get moderate to severe disease,” Offit continued.

And that’s if there is high uptake of the vaccine, which may not be the case. Recent polls have suggested there is considerable concern about the pending vaccines.

“It’s somewhat understandable,” Offitt acknowledged, especially given the “frightening” language used to describe vaccine development. Terms such as “warp speed” may suggest that haste might trump safety considerations. Before COVID-19, the fastest vaccine ever developed was for mumps, he said, with the virus isolated in 1963 and a commercial product available in 1967.

In a wide-ranging livestream plenary presentation, Offit, co-inventor of a rotavirus vaccine, shed light on SARS-CoV-2 vaccine development and his impressions of vaccine hesitancy among patients and families. He also offered advice for how to reassure those skeptical of the safety and efficacy of any SARS-COV-2 vaccine, given the accelerated development process.

With more than 180 different vaccines in various stages of investigation, Offit called the effort to develop COVID-19 vaccines “unprecedented.” Part of that is a result of governments relieving pharmaceutical companies of much of the typical financial risk —which often climbs to hundreds of millions of dollars —  by underwriting the costs of vaccine development to battle the pandemic-inducing virus, he said.

But this very swiftness is also stoking anti-vaccine sentiment. Offit, part of vaccine advisory groups for the National Institutes of Health and US Food and Drug Administration, cited recent research reporting nearly half of American adults definitely or probably would not get a COVID-19 vaccine if it were available today.

“One way you convince skeptics is with data presented in a clear, compassionate, and compelling way,” he said.

“The other group is vaccine cynics, who are basically conspiracy theorists who believe pharmaceutical companies control the world, the government, the medical establishment. I think there’s no talking them down from this.”

Numerous strategies are being used in COVID-19 vaccine development, he noted, including messenger RNA, DNA, viral vectors, purified protein, and whole killed virus. Offit believes any candidates approved for distribution will likely be in the range of 75% effective at preventing mild to moderate symptoms.

But clinicians should be ready to face immediate questions of safety. “Even if this vaccination is given to 20,000 [trial participants] safely, that’s not 20 million,” Offit said. “Anyone could reasonably ask questions about if it causes rare, serious side effects.

“The good news is, there are systems in place,” such as adverse event reporting systems, to identify rare events, even those that occur in one-in-a-million vaccine recipients. Reminding patients of that continued surveillance can be reassuring.

Another reassuring point is that COVID-19 vaccine trial participants have included people from many diverse populations, he said. But children, notably absent so far, should be added to trials immediately, Offit contends.

“This is going to be important when you consider strategies to get children universally back into school,” he said, which is a “critical issue” from both learning and wellness standpoints. “It breaks my heart that we’ve been unable to do this when other countries have.”

Transparency Will Be Paramount

While presenting data transparently to patients is key in helping them accept COVID-19 vaccination, Offit said, he also believes “telling stories” can be just as effective, if not more so. When the varicella vaccine was approved in 1995, he said, the “uptake the first few years was pretty miserable” until public service messaging emphasized that some children die from chickenpox.

“Fear works,” he said. “You always worry about pushback of something being oversold, but hopefully we’re scared enough about this virus” to convince people that vaccination is wise. “I do think personal stories carry weight on both sides,” Offit said.

Mark Sawyer, MD, of UC San Diego School of Medicine and Rady Children’s Hospital in San Diego, California, said Offit’s presentation offered important takeaways for clinicians about how to broach the topic of COVID-19 vaccination with patients and families.

“We need to communicate clearly and transparently to patients about what we do and don’t know” about the vaccines, Sawyer told Medscape Medical News. “We will know if they have common side effects but we will not know about very rare side effects until we have used the vaccines for a while.

“We will know how well the vaccine works over the short-term, but we won’t know over the long term,” added Sawyer, a member of the AAP Committee on Infectious Diseases.

“We can reassure the community that SARS-CoV-2 vaccines are being evaluated in trials in the same way and with the same thoroughness as other vaccines have been,” he said. “That should give people confidence that shortcuts are not being taken with regard to safety and effectiveness evaluations.”

Offit and Sawyer have disclosed no relevant financial relationships.