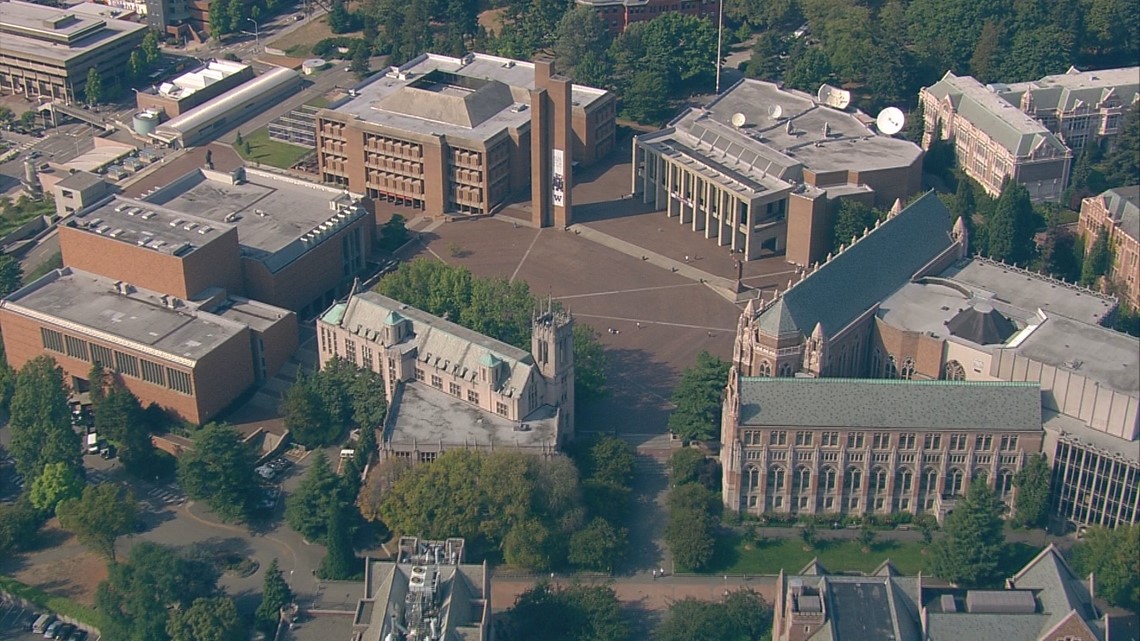 “Case counts have increased rapidly over the last several days,” UW officials wrote in a letter addressed to fraternity and sorority members on its website.

SEATTLE — A “significant outbreak” of COVID-19 has spread across multiple fraternity and sorority houses at the University of Washington (UW) Greek community in Seattle, according to UW officials.

“Case counts have increased rapidly over the last several days,” wrote UW officials in a letter addressed to the Greek community on its website. In addition to the Greek houses, cases are also associated with “live-outs” and individual members.

Duchin warned that COVID-19 quickly spreads in congregate living settings. He said students should consider wearing masks when they are in communal areas.

Public Health – Seattle & King County is working with a team from the University of Washington and fraternity and sorority leadership.

Duchin said that they likely won’t know exactly how the outbreak began. However, health officials were made aware of one fraternity with about 16 cases. Shortly after, “many, many” other students affiliated with fraternities tested positive.

“Last night the Department of Health was informed of a large outbreak associated with the student housing on and off campus at the University of Washington,” Inslee said. “We know of at least 91 cases in this recent outbreak and it’s the second large outbreak since students returned to campus. This has to be very alarming to all of us.”

Inslee spoke about Washingtonians needing to be extra vigilant about protecting themselves from COVID-19 as the fall season gets in full swing and people start gathering indoors more often.

“We try to be as cautious as possible. We were just walking around campus and it’s so empty. It’s just such a weird feeling being back,” said Denise Martinez-Castillo, a junior at the UW.

UW officials are “strongly” encouraging all members of the Greek community currently in Seattle to get tested for COVID-19. Testing resources for students can be on the University of Washington’s website.

“I worry more about like number’s going up, a second wave. Like unnecessary deaths happening that we could prevent,” said UW senior Grace Zuniga.
“I’m okay doing online learning if it means keeping everyone else safe.”

Over the summer, a separate outbreak in UW’s Greek community was identified and contained with a total of 154 positive cases identified over the course of about a month.