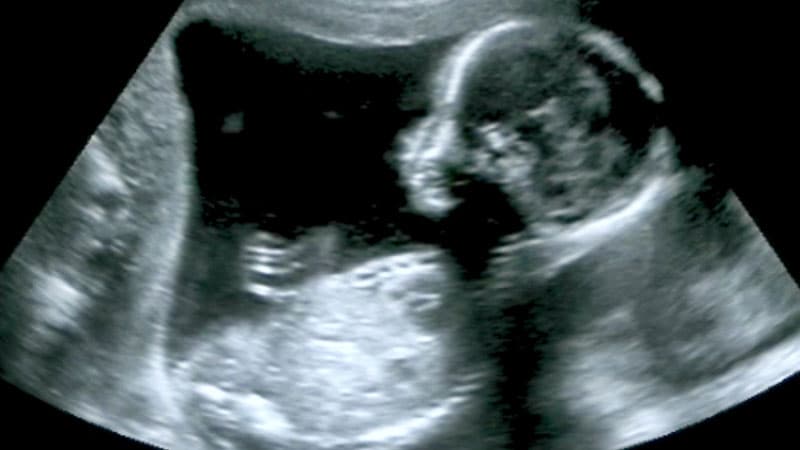 Infants might develop type 1 diabetes in the first 6 months of life and seems to be unrelated to known genetic risk factors; rather, it appears linked to low birth weight, say UK researchers.

They believe the discovery could mean the disease starts in utero.

Others are skeptical, however.

The team studied 166 infants with diabetes diagnosed before 6 months of age and compared them to babies with the more common neonatal diabetes and children diagnosed with type 1 diabetes at older ages.

The combination of high type 1 diabetes genetic risk score (T1D-GRS), presence of islet-specific autoantibodies, and evidence of a rapid loss of insulin secretion all suggest that the infants had type 1 diabetes.

And notably, they all had a lower median birth weight than international reference standards.

“This study proves that type 1 diabetes can present in the first few months of life, and in a tiny subset of infants may even begin before birth,” lead author Matthew B. Johnson, PhD, Institute of Biomedical and Clinical Science, University of Exeter Medical School, UK, said in a press release from Diabetes UK, which cofunded the research.

“We also found that diabetes diagnosed so young was associated with rapid progression to complete destruction of insulin producing beta cells,” he added.

Senior author Richard A. Oram, BMBCh, PhD, also from the Institute of Biomedical and Clinical Science, said the team now plans to study the immune system of the infants in greater detail. The hope is this will “help explain how it is possible for type 1 diabetes to develop so early and whether these insights could open up new ways to prevent or treat the condition in the future,” he added.

The research was published online on October 8 in Diabetologia.

Elizabeth Robertson, PhD, director of research at Diabetes UK, said: “These important findings rewrite our understanding of when the condition can strike and when the immune system can start to go wrong.”

“We now need to piece together how and why type 1 diabetes can develop at such a young age,” which could “unlock crucial insights into causes of type 1 diabetes more generally…and will be essential to develop treatments that stop or prevent this life-altering condition in babies,” she observed.

No Direct Evidence That Type 1 Diabetes Starts in the Womb

Asked to comment, Mikael Knip, MD, PhD, told Medscape Medical News that the study is “interesting” but the findings are “not perhaps as new as they claim,” nevertheless the research consists of “a large series of infants” and it is a “well done study.”

However, Knip doubts that type 1 diabetes develops in the womb.

“We have never seen diabetes-associated autoantibodies in a newborn infant in cord blood, except for those where the mother tests positive for autoantibodies,” said Knip, of the Children’s Hospital, University of Helsinki, Finland.

“These are IgG antibodies and that [type of immune reaction] is conferred from the maternal circulation to the fetal circulation during pregnancy, but we have never seen normal synthesis of autoantibodies in newborn infants.”

Knip, who researches the early life origin of type 1 diabetes, added: “We have no direct evidence” of the disease process starting in utero.

“But you may say, for example, that there are definitely risk factors present during pregnancy that increase the risk of presenting with diabetes.” In other words, “those with a reduced birth weight do have an increased risk of diabetes but that doesn’t necessarily mean that the process has been induced in utero.”

Johnson and colleagues write in their article that diabetes diagnosed at younger than 6 months is usually monogenic (known as neonatal diabetes). However, 10% to 15% of affected infants do not have a pathogenic variant in one of the 26 known neonatal diabetes genes.

To investigate further, the team studied 166 infants diagnosed with type 1 diabetes at less than 6 months of age between 2000 and 2019 and in whom all 26 known pathogenic gene variants had been excluded.

These were compared with 164 infants who had monogenic neonatal diabetes and 152 children diagnosed with polygenic type 1 diabetes between 6 and 24 months of age.

Overall, 36% of the infants diagnosed with type 1 diabetes at less than 6 months of age had a T1D-GRS above the 95th percentile of 4862 healthy controls without type 1 diabetes.

Newborns with a high T1D-GRS had a similar rate of autoantibody positivity as individuals with type 1 diabetes diagnosed at 6-24 months of age (41% vs 58%; P = .2) and had markedly reduced C-peptide levels (median < 3 pmol/L within 1 year of diagnosis), reflecting rapid loss of insulin secretion.

In comparison, infants with monogenic diabetes had significantly higher C-peptide levels, at a median of 64 pmol/L (P = .003), a similar level to that seen in the children with type 1 diabetes diagnosed at 6-24 months of age (P = .22).

Not Worth Screening Low Birth Weight Newborns for Diabetes

Oram told Medscape Medical News that even if their finding is proven to be accurate, it would not be worth screening all low birth weight babies for insulin insufficiency as, depending on the country, up to 20% of live births can be of low birth weight infants, “whereas…diabetes [among newborns] is exceptionally rare.”

But there remains a problem of “diagnosing diabetes in infants,” he stressed.

“The common symptoms of diabetes, which include being very thirsty, going to the toilet, passing urine much more frequently, losing weight, and tiredness, are all much harder to figure out in a baby because they can’t tell you they feel thirsty and it’s harder to see how much they’re wetting their nappy [diaper].”

The result is that, overall, 40% of young infants with type 1 diabetes end up presenting with “severe life-threatening diabetic ketoacidosis,” he noted.

As to what could be triggering type 1 diabetes in such newborns, Oram said: “The short answer is we don’t know,” although viral triggers have been proposed, or perhaps an unknown event occurs in utero.

Or, he ventured, “What if there is a random chance event of the immune system not developing in a normal way?” And that very, very occasionally, “by pure random chance” this presents as a lack of tolerance to self “that manifests…super early?”

“It may be that there’s some trigger that we will be able to identify by further study,” he concluded.

The research was funded by Diabetes UK, Research England ‘s Expanding Excellence in England fund, and the Leona M. and Harry B. Helmsley Charitable Trust. Oram has reported receiving a Medical Research Council grant for the development of a point-of-care T1D-GRS test in collaboration with Randox Laboratories.