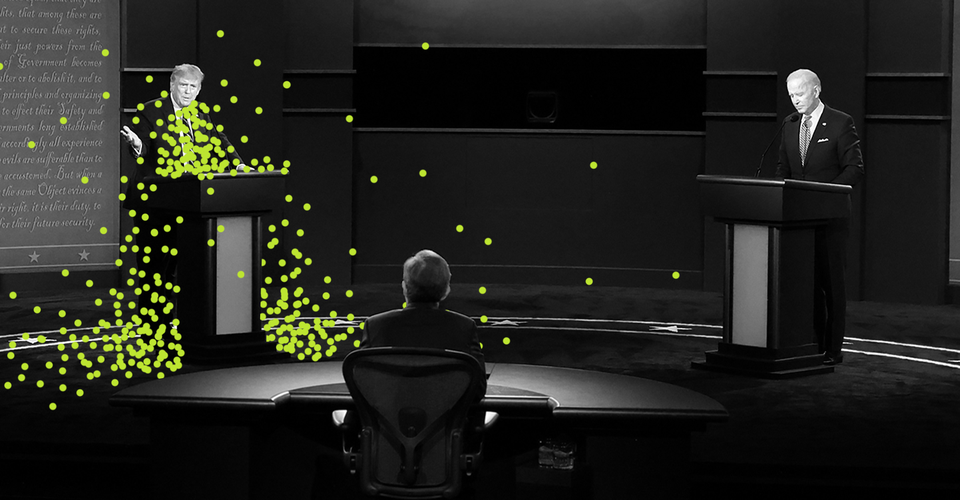 The variability around both the tests and the disease itself makes it hard to reconstruct a firm timeline of what happened to Trump and those close to him. For example, Hope Hicks, a senior adviser, tested positive for COVID-19 on Wednesday, a day before Trump did. But this timing doesn’t mean that Hicks gave the virus to him, or even that she was infected before he was. Trump could have been infected first but slower to develop symptoms. He might have had several false-negative test results, while Hicks was first to have a true positive. Hicks might have been tested more frequently than Trump: Anyone in proximity to the president is tested daily, and although the White House says the president is tested “multiple times a day,” Trump himself has said he is tested only once every two or three days. “This visceral response that he got it from Hicks—we can’t say that,” says Saskia Popescu, an infection preventionist at the University of Arizona. “We can only loosely understand the general timeframes.”

Both Hicks and Trump could have caught the virus from a third person, or from completely different people. Indeed, there are plenty of candidates. Many of Trump’s supporters and aides have been vocal about not wearing masks, and frequently came into close contact with other people in indoor spaces. Melania Trump has also tested positive, as have Ronna McDaniel, the chair of the Republican National Committee, Senator Mike Lee of Utah, and the University of Notre Dame president, John Jenkins. Many of them were at the Rose Garden event on September 26, when Trump officially nominated Amy Coney Barrett to the Supreme Court. Others in the White House, at Trump’s rallies, and at Tuesday’s debate could have been exposed. Contact tracing in these situations will be extremely difficult.

“Everyone who was at the debate should now be quarantining as much as possible, monitoring themselves closely for symptoms, wearing masks, and keeping their physical distance as much as possible,” says Eleanor Murray, an epidemiologist at Boston University. That goes for Biden, too, despite today’s negative test. After being exposed to the virus, half of the people who go on to show symptoms are symptomatic by day five—that would be Sunday for Biden, if he was exposed during the debate. About 98 percent of people are symptomatic by day 12, which would be next Sunday. If Biden is still testing negative a week from now, “it’ll be a good sign that there’s little likelihood of having been infected,” Murray says. Until then, he has to wait.

The image of Trump shouting at Biden on a national stage raises the specter of the former infecting the latter. But as ever, the pandemic says as much about the world we live in as the behavior of individuals. That we are even weighing the possibility of the incumbent president inadvertently infecting his opponent with a pandemic virus during a nationally televised event should be an indictment of America’s laxity in dealing with the pandemic—its reticence to restrict indoor activities, which give the virus the best chance of finding new hosts; its failure to enforce measures like masks, which might render such events safer; and its continuing inability to control the disease, which many nations have brought to heel.

Ed Yong is a staff writer at The Atlantic, where he covers science.